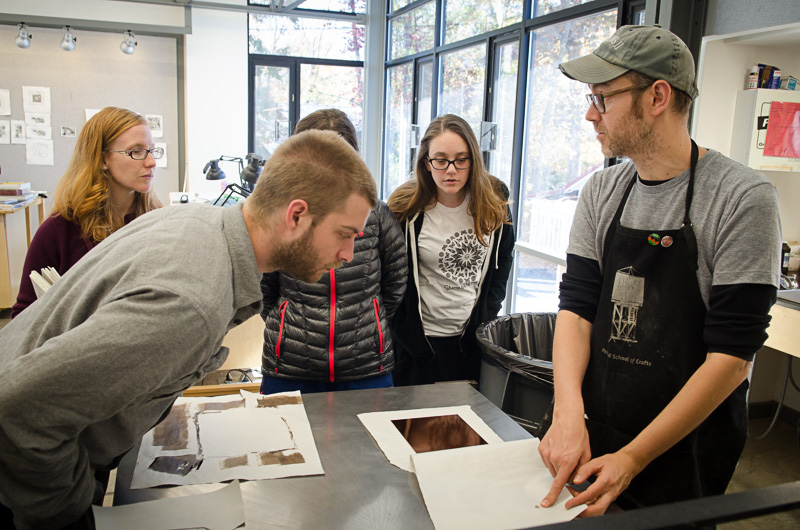 Instructor Phil Sanders explaining the wonders of soft-ground etching, a technique that allows you to put a sheet of paper over a prepared copper plate and then draw with the lightest touch of a pencil or even with your finger. These marks are recorded by the coating on the plate and can then be etched and printed. It’s kind of magical. 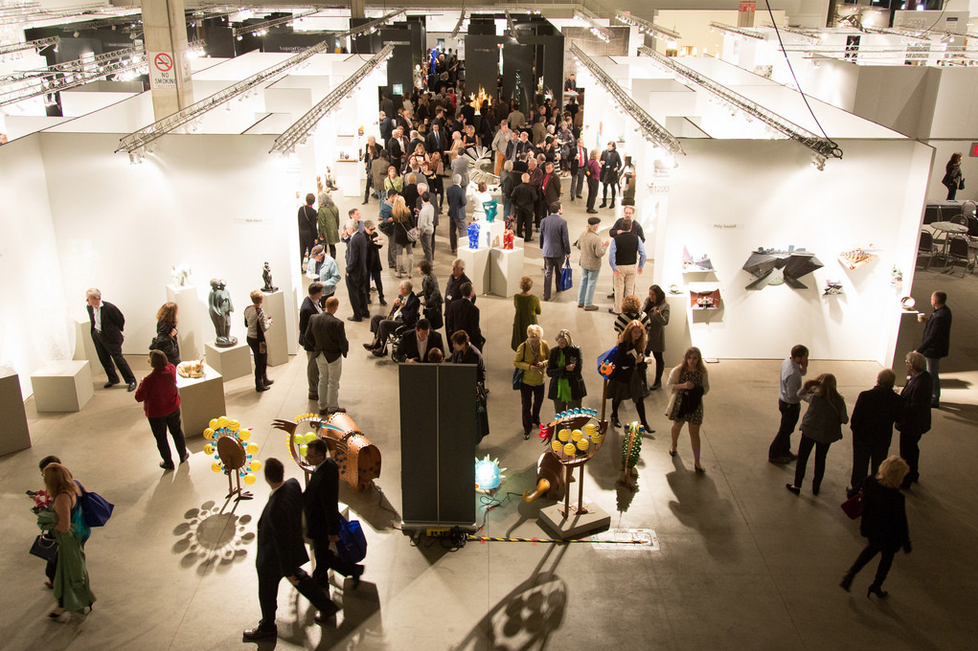 Come visit Penland at this year’s SOFA Expo in Chicago November 5-8! The event is an annual art fair that celebrates sculpture and functional art, complete with gallery exhibits, lectures, and special displays.

Penland staff will be part of two SOFA educational lectures:

The Penland School of Crafts Gallery & Visitors Center 2016 Expansion
Friday, November 5, 9:00am
Penland gallery director Kathryn Gremley and Penland executive director Jean McLaughlin will give a talk about the new Penland Gallery & Visitors Center. The discussion will feature artists Stoney Lamar and Kate Vogel and will cover the new programming possible in the gallery’s expanded space.

Art Quilts: A Contemporary Conversation
Friday, November 5, 10:30am
Penland’s Jean McLaughlin will be part of a panel discussion on trends in contemporary quilt making put on by the friends of Fiber Art International.

In addition to these lectures, we will have Penland friends staffing a Penland table to tell you about upcoming workshops and events on campus. We will also be represented alongside Arrowmont, Haystack, Pilchuck, and Peters Valley at a table for the Craft School Experience. Stop by to say hi!

The annual October Core Show is a much-anticipated highlight of fall at Penland, and this year was no exception. Our nine core fellows came together to put on a stunning show of pieces from their workshops across the Penland studios. Titled Personal Effects, the show featured furniture, prints, photographs, weaving, ceramics, sculpture, jewelry, and much more. It was a great opportunity to see the cumulative talent of this group of young artists, and also to show our appreciation for these people who do so much at the very heart of the Penland community.

Lucy Calista Morgan, Penland’s founder, had a penchant for craft, international outreach, and waffles. In 1957 a group of international students stayed at Penland over the holiday season. They studied in the studios, enriched the season with dance and music performances from their own cultures, sang Christmas carols, and had snow ball fights. They were also introduced to the waffle.

Laurel Radley, Lucy Morgan’s great niece, shared some of Lucy’s favorite recipes with the archives. As she wrote, “Aunt Lucy loved waffles and had about a half-dozen recipes. I’m happy to have her waffle-iron and her recipes.” She also notes that the following recipe wasn’t credited to a source and explains, “Aunt Lucy of course had no occasion to cook really until she retired [from Penland]… I wonder if it wasn’t Henry. Who better to ask than the one who cultivated her favorite food tastes during her adult years?”

Henry Neal was Penland’s chef for over 20 years (c.1933-1955). Each summer he traveled by train from Chapel Hill, where he cooked for one of the University of North Carolina fraternities, to Marion, NC where Lucy would pick him up and drive him up to school.

So next time you fire up your waffle iron, try this recipe out with a nod to Lucy Morgan and Henry Neal!

Mix dry ingredients, then add all other ingredients but the egg whites and combine thoroughly. Fold batter into stiff egg whites and spoon into hot, oiled waffle-iron. Cook until steam rises and appears crisp and brown.

Rory Sparks first learned bookbinding in college, right at the end of her senior year. “[I] realized that I had spent four years studying something that wasn’t my passion; that actually, bookbinding was my passion,” she recalls. “I think it comes from really enjoying craft and precision…It just really spoke to me.” From there, Rory studied in England and sought out traditional binders that she could learn from. Instead of getting a Masters degree, she decided to piece together her own education by traveling and studying with a variety of artists and binders and printers. “I’ve learned from so many different people. I kind of take what’s important to me from each one and build my own philosophy around what I do and how I do it.”

Twenty-something years later, Rory’s early passion for books has transformed into a deep well of knowledge, creativity, and enthusiasm for her field. She has spent time at the Minnesota Center for Book Arts and as a resident artist at the Oregon College of Art and Craft. She binds high-end books for collections and museums. She teaches courses and workshops to share her knowledge with students. And she founded Em-Space, a collective book and letterpress studio in Portland, Oregon that builds creative community and provides artists with access to tools like presses, foil stampers, and more.

Given her extensive background and excitement for teaching, we love having Rory here in the Penland studios. In 2013, she joined us as the master printer/bookbinder at the helm of our winter residency in print and letterpress. She came back in the spring of 2014 to lead a concentration that blurred the lines between letterpress and animation. And this November she’ll return to teach bookbinding, her original love. The class will focus on the versatile but exacting drum leaf binding structure, which makes a perfect canvas for the sort of imagery-heavy books that Rory gravitates towards in her own pieces. If you, too, want a new structure to show off your two-dimensional work, or you enjoy craft and precision, or you’d like to absorb knowledge from an expert binder—this week with Rory could be just the ticket. Register here for her drum leaf books class.

Explore the versatility of the drum leaf binding, an ideal format for 2D artists because it provides a page with unbroken imagery and no gutters. Each spread can be a print, painting, or photograph. This structure provides a simple, intuitive way of laying out a book, and it’s perfect for small editions. We’ll include several cover variations and many versions of stiff-leaf bindings and board books. Windows and wells will provide a wealth of opportunities for incorporating artwork and flat objects into these books. Come prepared to invent and push the boundaries of your book forms. All levels. Code F03B

Rory Sparks is a studio artist, edition binder, and printmaker. Her teaching includes the Oregon College of Art and Craft, the Pacific Northwest College of Art (Portland), and the Minnesota Center for Book Arts. She founded Em Space Book Arts Center (OR) and has been in exhibitions at the Tacoma Art Museum (WA) and the Portland Art Museum (OR). 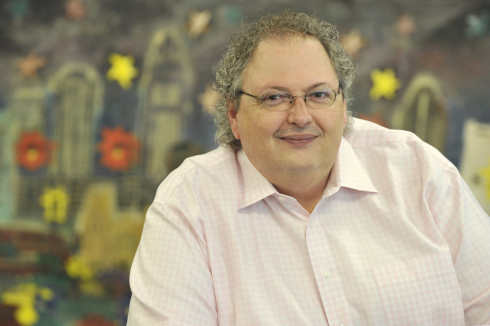 Robert Bush came to Penland this summer as a session four student in Jana Harper’s class “The What & the Why: Books as Idea Generators.” The class was part of a one-month sabbatical from his job as president of the Arts & Science Council in Charlotte, North Carolina. As a first-time Penland student, Robert arrived on campus with “a zeal for the creative process” but without much experience in the visual arts.

Writing about his experience later for the ASC blog, Robert reflected:

“I could recount the 12 hour days, ‘one word’ prompts each afternoon that required a book be made for a 10 a.m. group show and critique the next morning, the mistakes I made….let’s just say I now understand ‘make it work’ and I held my own. I totally stepped away from my job and the world (no TV, barely internet) for two weeks, immersed myself in an unfamiliar setting doing unfamiliar things. It was nothing I expected and everything I had hoped for.”

He finished his essay with a list of the gifts—both personal and professional—that his time at Penland had given him. They’re a valuable reminder of the enriching role art can play in our lives and the importance of “being present and engaged in community.” 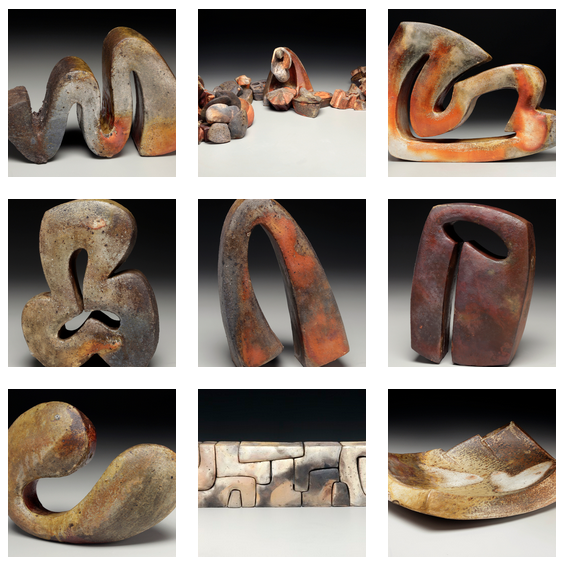 When viewing sculptor Eric Knoche’s work, it’s clear he has a facility with form. And when he describes his forms, it’s clear that he finds a lot of inspiration in the clay he works with. As he recently explained in an interview, “Clay is just such an amazing material, and you can work it so many ways; additive and subtractive processes work equally well, it is both demanding and forgiving, it can be softer than water and as hard as stone, as delicate as an eggshell and more durable than anything else humans have ever made. It changes from second to second as you work with it, which creates a feedback loop or a dialog. For me, the material itself is endlessly fascinating.”

Eric’s clay forms are deceptively simple. Squiggled lines and arcs gain volume and edges to become three-dimensional surfaces that draw the viewer in from multiple angles. His pieces suggest common objects and quick doodles at the same time as they evoke ancient architecture and the earth itself. Some are small enough to hold in a hand, while others stand as tall as person. “I think of my work as one installation stretching through time as space, each piece adding meaning to the others,” Eric writes in his artist statement. “I have been strongly influenced by languages I don’t understand and tools I don’t know how to use, male and female figures, machine parts, shelters, math equations, micro-facial movements, the Argentine tango, alphabets, the spine and other bones, the distortional nature of memory, the limits of ocular perception, plants, running water, and songbirds.”

We are looking forward to bringing Eric to Penland this fall to teach a 1-week workshop November 1-7, 2015. The class will focus on using handbuilding techniques to realize sculptural goals, and we expect it to be jam-packed with insights. After all, Eric is the guy who likes to create clay pieces that are as large as he is to challenge himself technically. “I have no proprietary information,” he states. “I’ll tell anybody anything they want to know about anything I do.” In other words, this week will be pure gold for anyone interested in creating forms with clay. To reserve your spot, register here.

Eric Knoche
November 1-7, 2015
In this class we’ll blur the lines between pinching, coiling, slab work, and modeling in order to open up more possibilities in the world of handbuilt ceramics. Students will gain a deeper understanding of the clay itself as we establish a paradigm of creative problem solving and develop a personal set of integrated methods that most expeditiously accomplish each student’s artistic goals. We’ll look at various ways to successfully construct large work, intricate work, and multiple-piece sculptures using simple tools and processes such as tarpaper templates and clay armatures. All levels. Code F03CB

To see more of Eric’s work and his process, watch this video about how he approaches his art.