On December 31, 2017, Jean McLaughlin retired as Penland’s executive director, a position she had held since May, 1998. During her two decades at Penland School of Crafts, Jean led the school through a remarkable time of change, growth, and stabilization.

This is a slideshow assembled as part of a tribute to Jean at her last board of trustees meeting in November, 2017.

You can read more about Jean here and about her successor, Mia Hall, here.

Update, March 14. Here is a piece that Jean wrote about her time at Penland, published on the Craftschools.us blog.

Jean McLaughlin, director of Penland School of Crafts, will retire in December 2017. Jean began working at Penland in May 1998 and has presided over an extraordinary period of growth, development, and stabilization at the school.

During these two decades, Penland has built new studios, expanded programs and scholarships, conducted two successful fundraising campaigns, greatly solidified its base of support, and grown its endowment from $2.1 million to $17 million.

One of Jean’s first projects was to commission architect Abie Harris and landscape architect Sam Reynolds to create a campus master plan, which has guided the most visible changes at Penland. Major infrastructure upgrades include new studios for iron, wood, printmaking, letterpress, drawing and painting, and book arts, with construction underway for new photography and papermaking studios. The clay, metals, glass, and textiles studios were improved or expanded. There were major renovations to historic Horner Hall and The Pines, and many other old buildings were repaired or renovated. Several new housing structures were built, and attention was paid to accessibility and safety campus-wide.

Under Jean’s leadership, the school was placed on the National Register of Historic Places as the Penland School of Crafts Historic District, and the Jane Kessler Memorial Archives was established to preserve Penland’s history. Dozens of new scholarships were endowed, the workshop program was expanded, a writing residency was established, and new programs were created to serve the local community. All of this was made possible through a significant expansion of the staff and the support of a devoted board of trustees. Jean’s accomplishments were recently honored nationally when she received a 2016 Distinguished Educator’s Award from the James Renwick Alliance.

“I came to Penland with big aspirations,” says Jean. “I knew how powerfully the school had affected the lives of artists, and I knew how important its history had been to the craft movement in our country. My desire was to make change happen that would evolve and improve Penland without losing its distinctive character. Looking back, I see so many moments that fill me with pride—accomplishments that were made possible through the wise counsel and enthusiastic support of many people. I am grateful to have been part of making these important and needed improvements happen.”

Speaking for the board of trustees, chair Alida Fish said, “The quality of Jean McLaughlin’s leadership has been extraordinary—an inspiration to us all. For the past two decades, she has provided a vision keenly focused on growth and innovation. Thanks to her unwavering commitment, Penland is now well positioned for continuing success.”

Later in the year, we’ll have celebrations and going-away parties and post an interview with Jean, but for now we’ll just say, thank you for everything.

A more comprehensive list of what has been accomplished at Penland in the last 19 years can be found here. 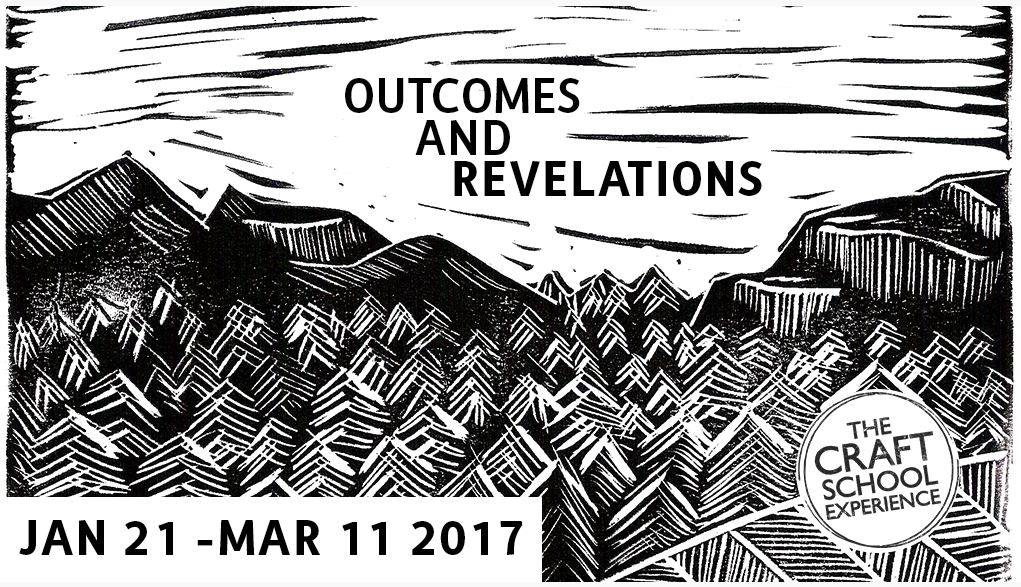 Anyone who has spent time at Penland or a similar school will likely understand what the “Craft School Experience” is all about. But for everyone else, it can be difficult to put into words. Time living and working at a craft school is intense and uniquely focused. It’s a rare opportunity to be fully immersed in a place, a community, and a creative process, one that many find thought provoking, inspiring, and often transformational.

Penland has teamed up with four of our sister schools—Arrowmont (TN), Haystack (ME), Peters Valley (NJ), and Pilchuck (WA)—to celebrate craft and promote the immersive workshop experience our schools offer artists of all levels. This winter, we are thrilled to be working with the Craft in America Center in Los Angeles to put on the exhibition The Craft School Experience: Revelations and Outcomes. The show strives to capture the essence of the craft school experience by featuring the work of master teachers, resident artists, and students who have studied or taught at these craft schools alongside personal narratives, quotes, and videos. Penland instructors and residents including Cynthia Bringle, Nancy Callan, Susie Ganch, Marc Maiorana, and Jaydan Moore will be among those featured in the exhibition.

In conjunction with Revelations and Outcomes, Penland Director Jean McLaughlin will present a talk entitled “Make/Time: The Craft School Experience” at the Craft in America Center on Saturday, January 28 at 4 PM. She will draw on her eighteen years at Penland to share stories about the joys and impacts that schools like Penland, Arrowmont, Haystack, Peters Valley, and Pilchuck offer individuals and the broader craft community.

We hope that everyone who is able to attend the exhibition and/or Jean’s talk comes away with a deeper understanding of the power and inspiration that is the craft school experience. And when they’re ready to experience it for themselves, we’re here with workshops and open studio doors.

Jean McLaughlin, Penland’s longtime director, was honored this spring with a 2016 Distinguished Craft Educators Award from the James Renwick Alliance in Washington, DC. The Alliance is a nonprofit organization that works to promote craft artists and craft education and helps to support the Renwick Gallery of the Smithsonian American Art Museum, the nation’s showcase for 20th and 21st century American crafts.

The James Renwick Alliance chooses Distinguished Craft Educators based on the recipient’s reputation for excellence and innovation in education, their influence on future artists in an education program, and their significant contributions to American education in the craft field. In nominating Jean for the award, glass artist, Renwick Alliance board member, and Penland trustee Tim Tate wrote, “When Jean came to Penland eighteen years ago, she breathed new life into the institution. She rebuilt or renovated most of the studios on campus. Thousands of students have passed through their doors, and almost every Distinguished Educator the Renwick Alliance has honored in the past has taught at Penland. Jean’s impact is hard to judge as its scope is so large.”

As part of the award ceremony in April, the Alliance invited Jean to present a short lecture, which she devoted to an overview of Penland’s renowned craft workshops and residencies. “Penland is a leader in education,” Jean told the audience. “I can hardly lay claim to these accomplishments because they are the result of the minds and hands of many staff members and trustees—but my belief in Penland’s educational model is why I moved to Penland to become its director in 1998 and why I believe that I am here today!”

Congratulations, Jean, on this well-deserved honor! All of us in the Penland community benefit from your care, your dedication, and your vision.