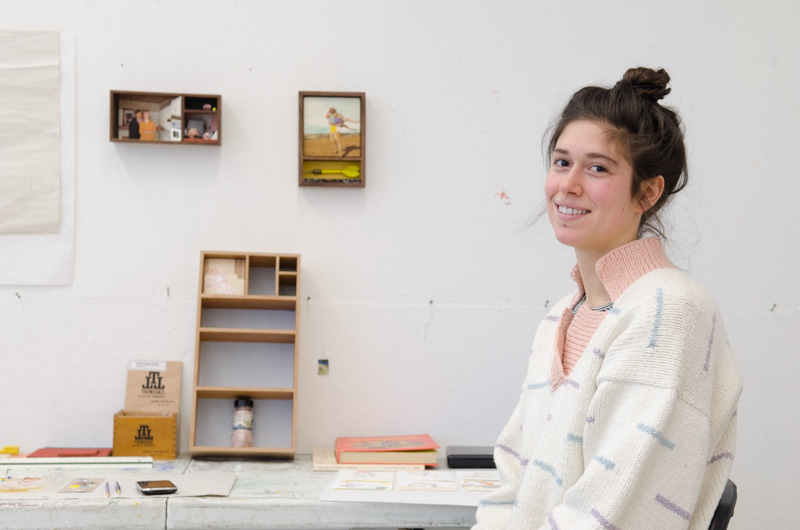 Audrey Bell remembers her father bringing home old typesetting drawers, fiddling with the compartments inside, and then filling them with objects. She laughs after saying it, maybe because it’s such an obvious connection to what she’s making now: wood compartments populated by figures and objects, habitats within cabinets, drawers that aren’t drawers, and frames that aren’t frames. 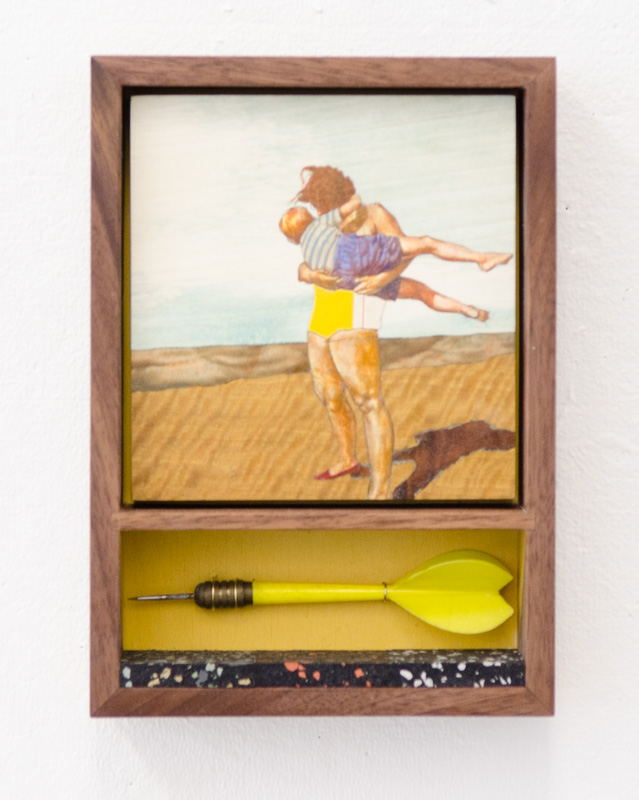 Here’s one (at left) she finished this winter. The painting moves: lines in the bodies, the woman’s hair, a sweeping slant of sky, shapes and colors brought out from the wood. The dark stain of a shadow. There’s a hairline of aqua tracing this shadow–another kind of container. This is microwork, drawing one very close to the wall, asking a viewer to consider what is the nature of the mark or the surface? And then you step back: funny yellow dart, yellow of the toy store blaring yet somehow in check with the shifting subtle tones in the painting and the wood.

The painting and the wood in this work–it’s a palette reminiscent of Andrew Wyeth, one of several artists Audrey notes as an influence. Influence is tracked in Audrey’s world. This is an understatement. Um, just take a look at her journal: 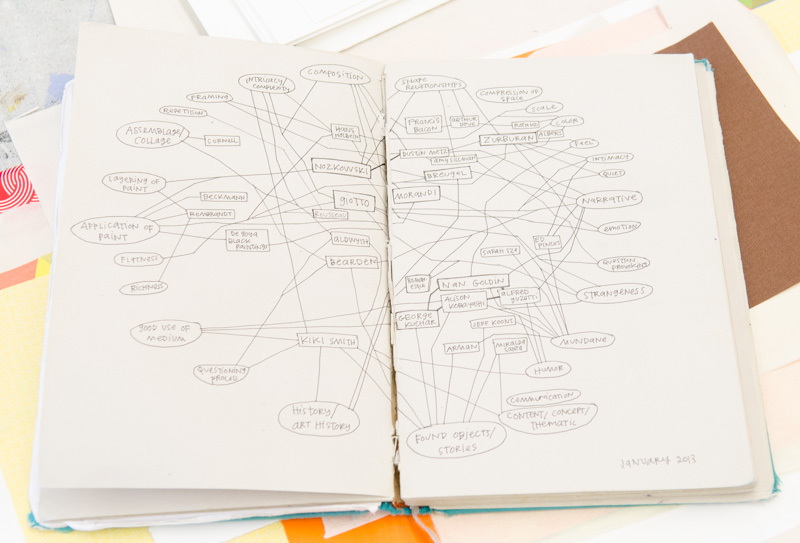 Audrey is wild about Giotto’s geometry, colors, and figures; old masters like Hans Holbein and Jan van Eyck (subjects of drawings she’s done this winter and letterpressed on cards). She tells us about a painting she saw on a recent trip to D.C: Honore Sharrer’s Tribute to the American Working People. “Oh my god I wish I’d done it,” says Audrey, paging through her journal for Sharrer’s name. “Pea-green next to vibrant–I don’t know–green-green?” she says, describing Sharrer’s use of color.

Sharrer’s painting took five years, and Margalit Fox’s 2009 obituary for Sharrer in the New York Times closes with the fact that she used “more than 200 delicate, ‘double-zero’ paintbrushes” for the work. It’s a detail from the world of concrete things, 200 double-zero paintbrushes, brought to the foreground by the writer. In Audrey’s work, a similar instinct for the double-zero: a tenderness for it.
Photographs by Robin Dreyer, writing by Elaine Bleakney