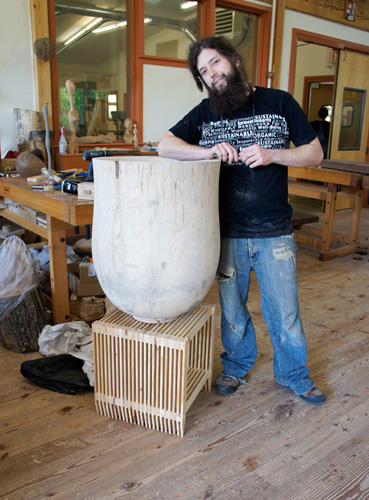 Wyatt Severs, woodworker and studio assistant in Mark Gardner‘s wood sculpture concentration, spent his spring turning an enormous bowl on the largest lathe in Penland’s woodshop. It wasn’t the only thing Wyatt worked on, but it was certainly the biggest. 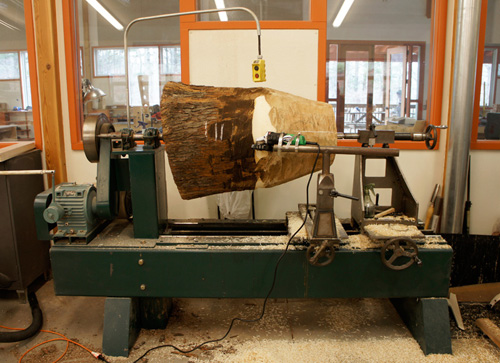 He began with a raw, newly-fallen log, turning between centers, using an angle grinder with a woodcutting bit strapped to the toolrest, to remove the bark and make the wood uniformly round. 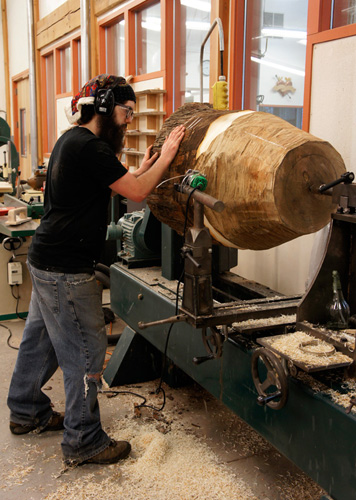 Wyatt’s “grinder roughing” technique is a bit unorthodox, so he went slowly at first, turning the mass of the log by hand to keep it all under control. 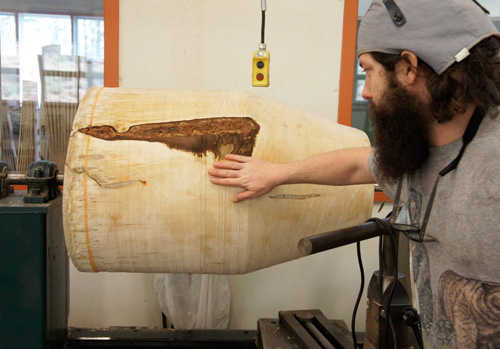 Then he engaged the motor drive and used more traditional turning tools to create the basic shape. 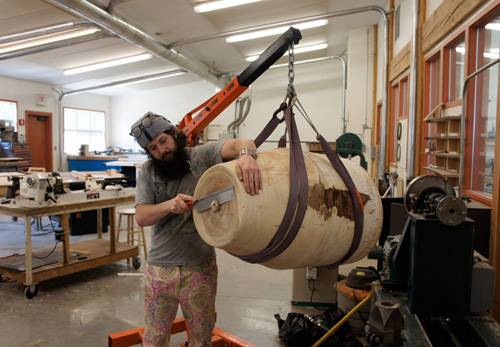 At this scale, even simple steps like cutting off the foot, so that the “bottom” of the bowl shape is flat and smooth enough to attach a faceplate, presented logistical challenges. 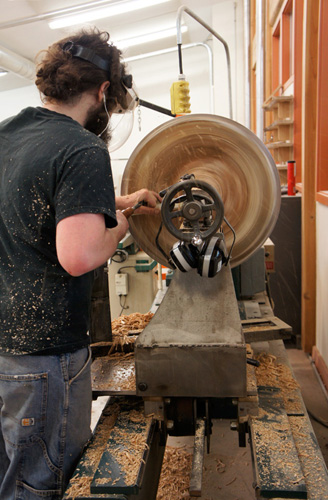 The faceplate attachment makes it possible to begin shaping the inside of the bowl, engaging the wood with the tool from one end. For safety’s sake, Wyatt left the second center attached at this end, providing  support, for as long as possible. 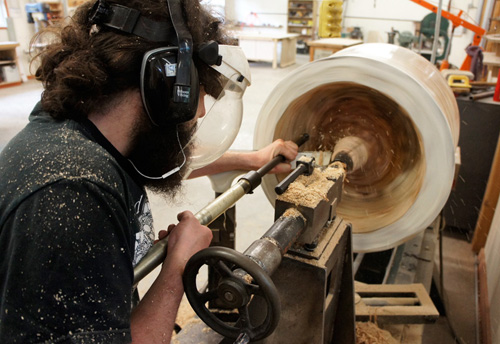 And that was a while, indeed. There was a lot of material inside the log to remove. 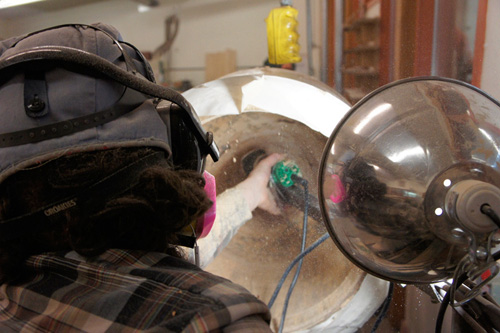 The wood had dried out more than expected, making the going slow inside the bowl. To speed up the process, Wyatt brought back the grinder attachment for a while, which enabled him to remove more material more quickly. 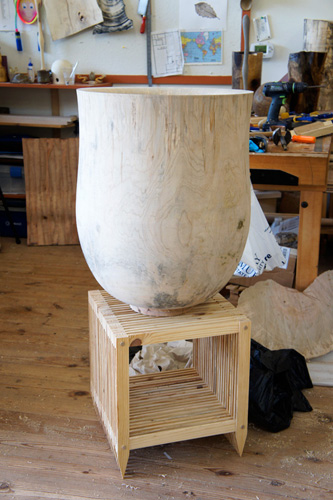 When the inside was hollowed and shaped, Wyatt returned his attention to the outside  surface of the bowl, giving it its final shape… 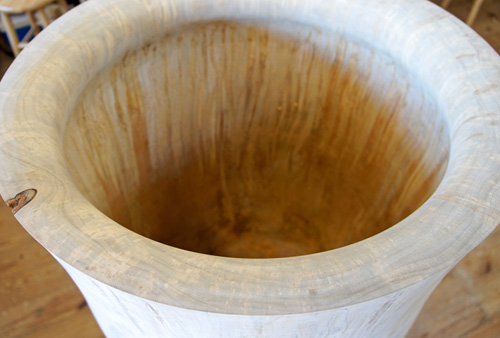 …and then finished out the inside, too. 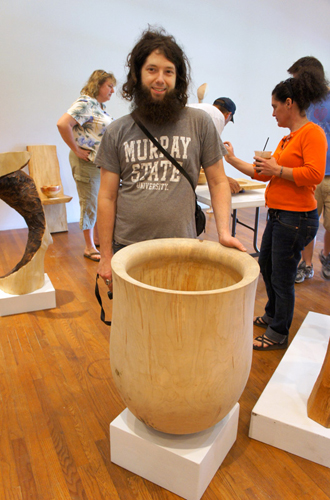 Here’s Wyatt with his great big bowl at Show-and-Tell. He tells us it’s still not quite finished, and promises to send a picture when he’s got the surface perfected. We’ll post it for you here, naturally. Thanks for sharing, Wyatt!