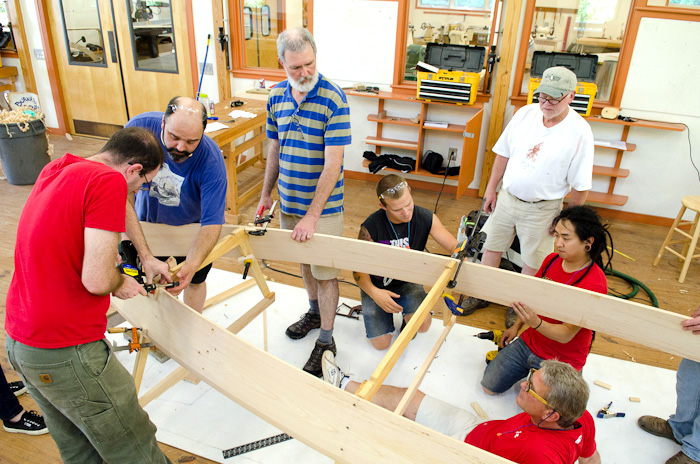 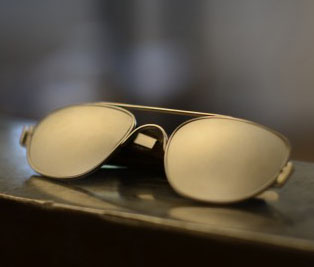 Lee Kuczewski is the creative director for Lee Allen Eyeware. He was at Penland recently taking Richard Elevar’s class on designing and making eyeglasses. He’s just posted a couple photographs from Penland–including his stunning glasses with sterling silver lenses–on the Lee Allen blog. 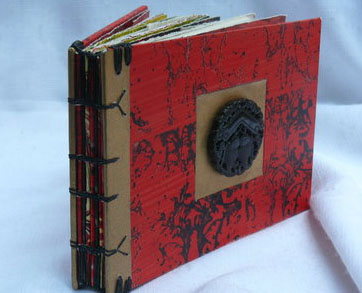 And ganernews.net has a story about Kathy Steinsberger, who has been a student many times and will be teaching a books class at Penland this fall. Kathy has a show of her books, along with 25 pieces of work by her students, at the Southeast Regional Library in Garner, NC.

Angela Fina is a wonderful ceramic artist and she has been an exceptional Penland instructor. A group of her friends are working together to establish The Angela Fina Clay Studio Fund at Penland in her honor. Rev. Dr. Constance M. Baugh, who is organizing this effort, wrote this letter to a group of Angela’s friends and students:

“Angela has been a full time, self supporting potter since 1979, a rare and difficult accomplishment. She works in porcelain, specializing in beautiful, colorful glazes. The chemistry and formulation of glazes has been her lifelong pursuit. The themes in Angela’s work are simplicity of form and practical utility. In addition to being a dedicated artist, she is a devoted and generous teacher. During her career Angela has taught workshops at all levels of experience in nearly every aspect of ceramics:  throwing, glazing and glaze formulation, kiln building, and firing. She has published in ceramics magazines and won several awards. She served for eleven years on the Board of Directors for the National Council for Education in the Ceramic Arts (the only national ceramics organization in the country) and was featured in their one-hour documentary DVD series on master potters.

“This fund is being established at Penland because in Angela’s own words, ‘Penland is my true heart’s home.’  She has taught at Penland fourteen times, including four semester-long Concentrations. She spent a year there from 1977 to 1978 which she describes as ‘the h 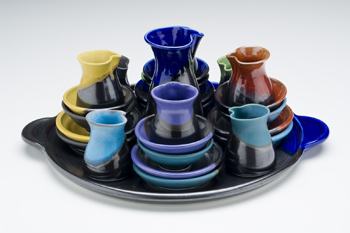 appiest year of potting in my life.'”

The goal of the fund is $10,000 to be used for capital improvements for the Penland clay studio. If you would like to join Constance and other friends of Angela Fina in honoring her this way, you can send a check, marked Angela Fina Fund, to Penland School of Crafts, PO Box 37, Penland, NC 28765 or you can donate online here. Be sure to write Angela Fina Fund in the Gift Information field. Thank you, and thanks, Angela, for your work, your teaching, and your gracious presence at Penland for so many years. 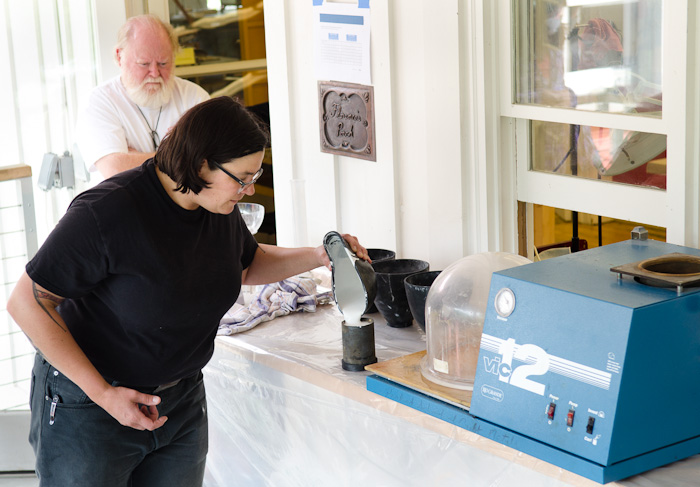 Instructor Suzanne Pugh demonstrating the investment process. which is part of metal casting. The best thing she said during the demo: “This is a dirty mixing bowl. If you come out here and find a mixing bowl in this condition, then one of your classmates just spat on your shoes. So be sure to clean your mixing bowls.” 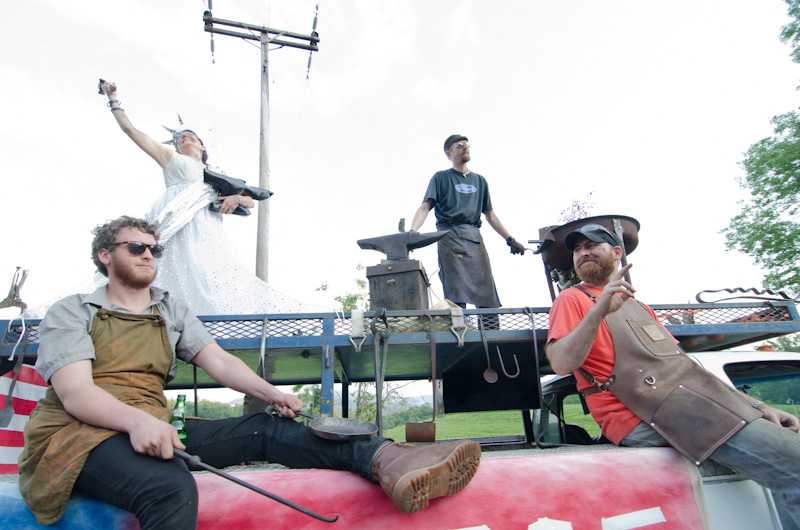 Here is a slideshow from our annual, homemade July 4 celebration.

If you have any trouble with the slideshow linked above, you can click here for the slightly fuzzier YouTube version. 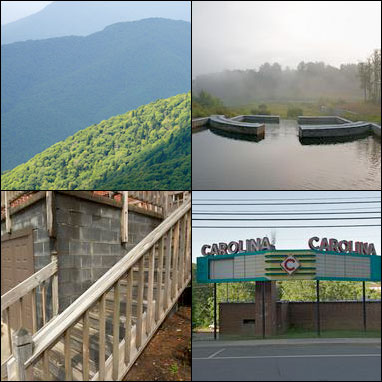 Recent photography instructor Neal Rantoul produced this suite of photographs en route to and during his 3rd session workshop, The Expressive Landscape:

“These photographs were made in late June and early July 2012 on a trip from Boston, where I live, to teach at Penland School of Crafts near Spruce Pine in North Carolina. I drove down there and back, photographing some along the way, but mostly photographed in the small town of Spruce Pine and near to Penland. Each morning at 6:30, often with two or three students along, we would spend a couple of hours photographing in Spruce Pine. The idea of coming back to someplace to photograph, to study it and one’s results from the previous day seemed to resonate with the students and it certainly did for me. Spruce Pine is small, bifurcated into older and newer parts and reflects present day US economics and hard times. It has a railroad that goes right through it, sits in a valley alongside a river and is lush in late June with dark green foliage.

Working this way in North Carolina brought me back to days in my deeper past. There were many road trips spent photographing, sometimes alone, sometimes with friends, sometimes with students, pulling over in some little town, walking and shooting what I saw and what seemed worth trying to make into a picture.” – Neal Rantoul 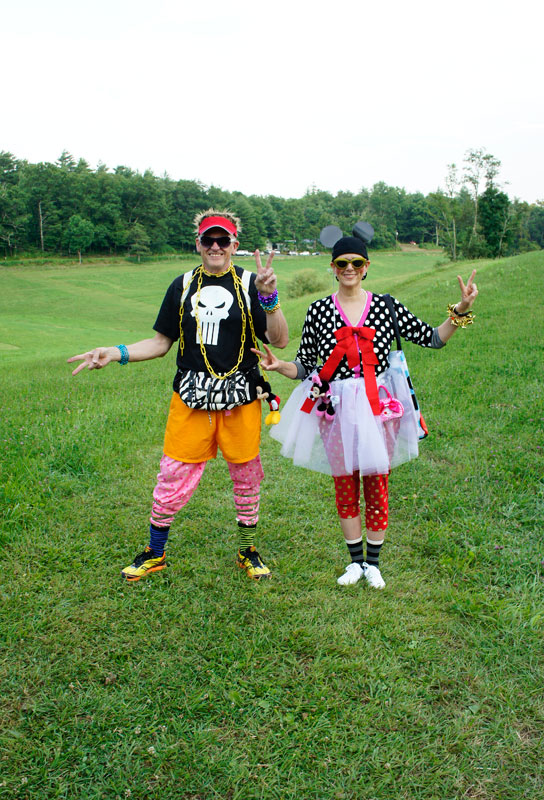 Penland’s director Jean McLaughlin and her husband, Tom Spleth, inspired by a recent trip to Japan, led the July 4 parade dressed as Japanese teenagers. Everyone agreed they have have never looked better. Photo: Wes Stitt 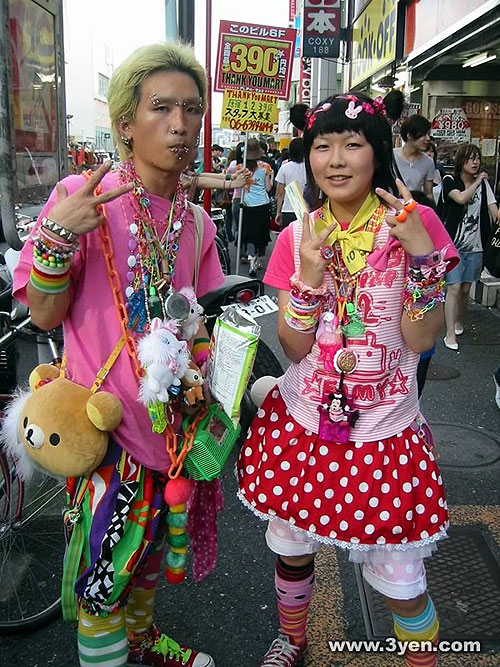 Here’s the picture they used as a reference.