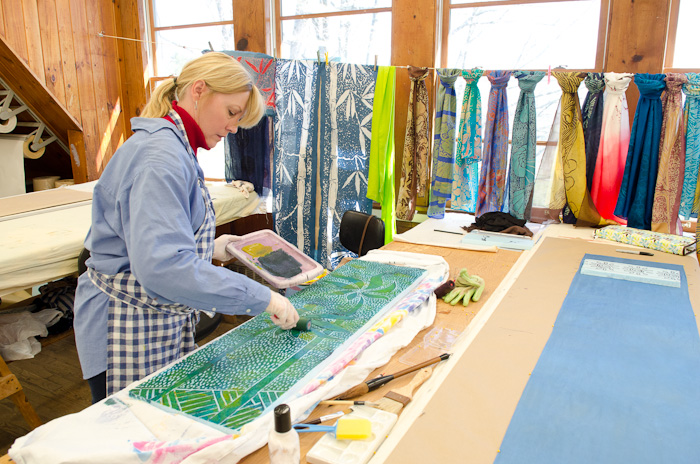 Student Diane Kirschenbaum rolling dye/reduction material onto a foam stencil in preparation for making patterned silk scarf through the vat-dye discharge process. The gist of the process is this: A reduction agent is mixed with vat dye, applied to pre-dyed fabric and then steamed. During the steaming process the pre-dyed color gets removed and the vat dye gets deposited.

So, after Diane finished rolling the mixture onto the stencil, she transferred it by pressing the stencil onto the piece of blue silk in the right of the photograph. Then it was processed with steam. The one-week class in the process was taught by Janet Taylor, who learned it twenty years ago at Penland. 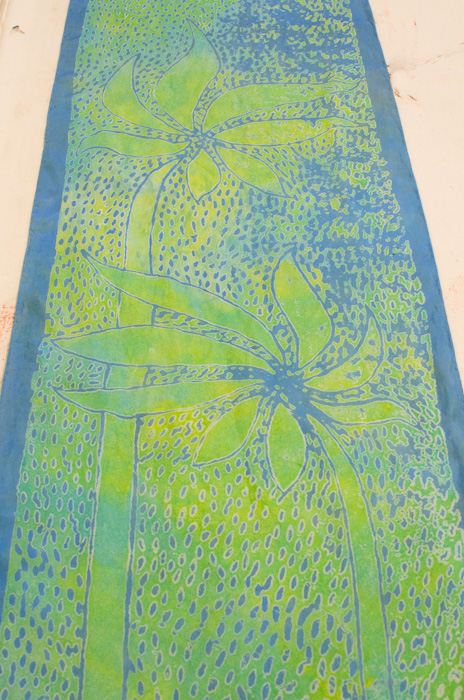 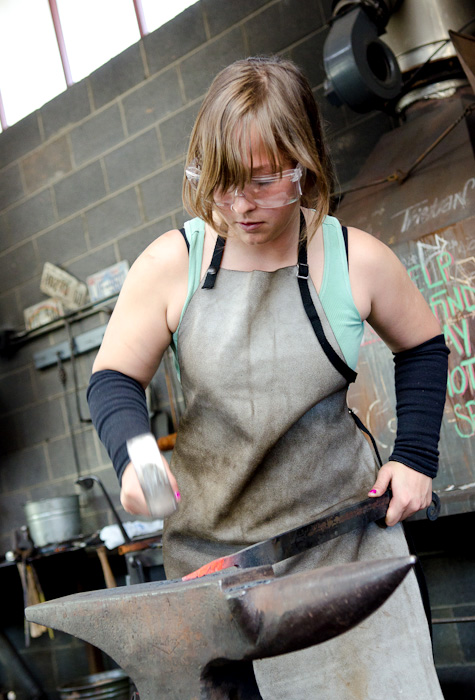 Student Tristan Chappell, striking while the iron is hot (yes, this is what that expression actually refers to). 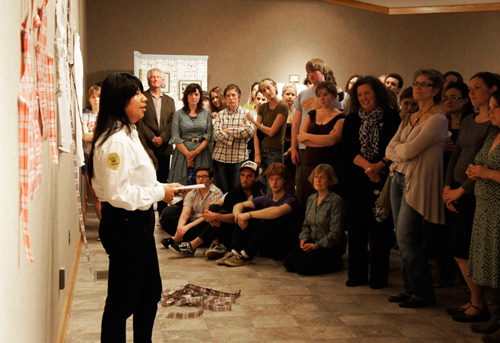 Ana Baranda, one of our favorite Penland students, will graduate from Warren Wilson College this semester with a degree in art and sociology. A native Angelena, Ana first came to Penland in 2008 on a scholarship from Heart of Los Angeles, to study repoussé with Marisela Gutierrez Campos. She’s since returned twice as a work study scholarship student, to study drawing and repoussé with Marisela again. On these visits, Ana fell in love with western North Carolina, and chose Warren Wilson, in nearby Swannanoa, for her undergraduate education.

Ana’s senior thesis exhibition was recently on view in Warren Wilson’s Elizabeth Holden Gallery, and featured a series of beautiful hand-sewn creations in repurposed textiles. Collectively titled Échale Ganas, these articles of clothing represent, in their materials, construction, and aesthetics, Ana’s investigation of her parents’ immigrant experience, particularly their relationships with traditional and industrial textile production. 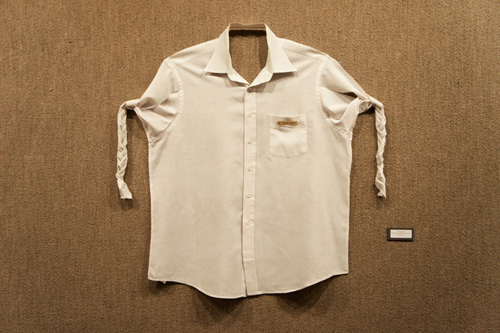 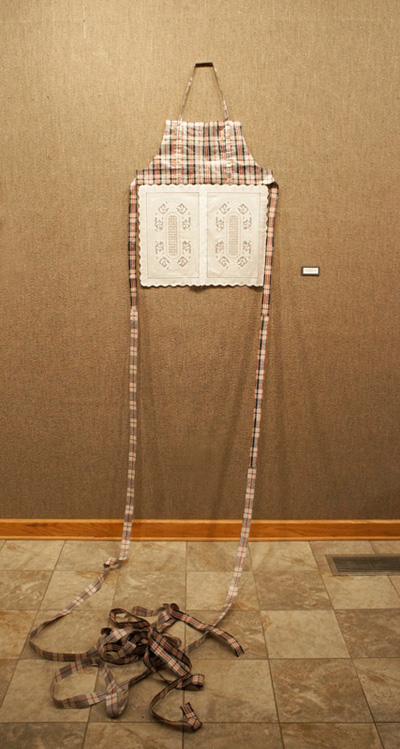 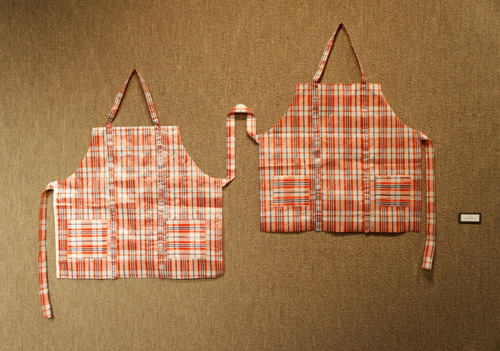 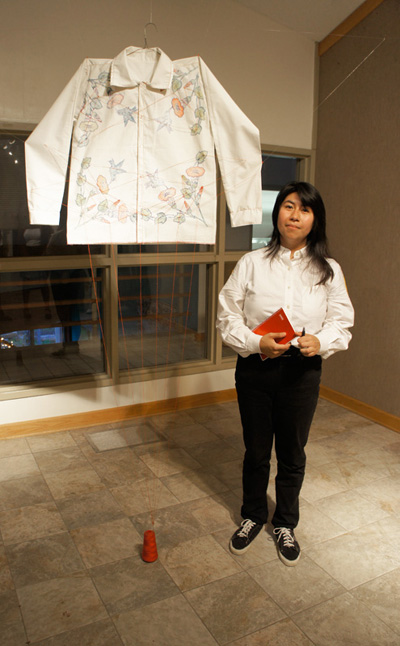 “When said in good spirits, the phrase Échale Ganas asks that we put our best efforts forward wherever we go. In times of extreme hardship, the phrase is used as a message of support for others. Regardless of whether or not the well-wishes are attuned to the needs of the receiver, the phrase exists as a form of encouragement to all who need it. This series is called Échale Ganas as a recollection of my parents’ first memories of living in the United States and Mexico and their relationship to textiles.

I found that my parents became connected to a textile industry in their youth as the found work in both Mexico and the United States. My mother learned to embroider through a lineage of women who made small items by hand in Mexico. My father’s first job in the States was at a sweatshop in Los Angeles, where he helped mass-produce a number of articles of clothing with the help of a sewing machine.

The objects that compose these mixed-media pieces are attractive to me because they were designed to be dispensable, and are able to be reproduced at a mass scale. They were found locally in western North Carolina and brought from Los Angeles. They were then altered by hand and hand-stitched with thread that originated from the same sweatshop my father worked for in Los Angeles.

By joining materials and imposing a process that is not traditionally reserved for the production of a uniform, I have almost rendered the piece free of any practical use. The material becomes estranged from its original function and the uniform deviates from its intended use. I invite the audience to wonder whether it’s possible to find beauty in the activities that must be embarked on for economic and cultural survival, and to think about where those activities currently exist.” — Ana Baranda