Stormie Burns is a ceramic and cast glass artist, originally from central Florida. She relocated to western North Carolina in 2015 to work as a studio assistant. In the winter of 2019, Stormie completed the two-year Core Fellowship program at Penland School of Craft. Stormie has completed residencies at Haystack School of Craft and Penland School of Craft. After a few years spent living in Asheville, NC, Stormie relocated back to Bakersville, NC where she has established a full studio practice in a space tucked into the forest’s edge.

Courtney Martin is a studio potter living and working in the mountains of North Carolina near Penland. She grew up just outside of New York City on Long Island. After high school, Courtney went to college at the University of New Mexico where she discovered clay and graduated with a BFA in Ceramics. In 2001 she moved to western North Carolina to work with and apprenticed for Terry Gess, Michael Kline, Cynthia Bringle, and others. In 2005 she and her husband (glassblower John Geci) bought a property with an old farmhouse on it near Penland School of Craft. By August of 2007 she had completed building her wood fired cross draft climbing kiln. Currently Courtney shows in galleries and institutions throughout the US. She has taught workshops at Penland School of Craft, and Arrowmont as well as several universities. Courtney is represented by Schaller Gallery, Penland Gallery, and Signature Shop (among others), and is a founding member of Spruce Pine Potters Market, a juried member of ArtAxis, and an organizer of Clay to Table. 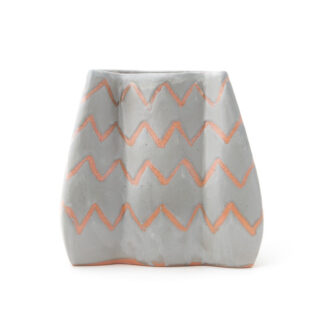