Seth Gould – Bakersville, NC
Seth Gould is a metalsmith and tool maker who creates and ornaments utilitarian objects that range from simple tools to highly embellished locks. His work, which is strongly influenced by historic metalsmithing design and technique, typically begins in a coal forge and is finished at the bench with a file in hand. For the more elaborate pieces Seth adds ornamentation with hammer and chisel in the form of inlay, overlay, and engraving.

In 2009 Seth graduated from Maine College of Art with a BFA in Metalsmithing and Jewelry Design. In the following years, his work and studio practice was shaped by his experiences working in the metalsmithing field, his time as a Core Fellow at the Penland School of Craft, and opportunities to view European and Japanese metalwork on multiple long-term trips abroad. Seth has exhibited work in Germany, Japan, and across the United States. He has taught, demonstrated, and lectured at institutions including Haystack Mountain School of Crafts, the Center for Metal Arts, Southern Illinois Metalsmithing Society, and the Society of North American Goldsmiths. His work can be seen in the collections of the Renwick Gallery, the National Ornamental Metal Museum, and the Arkansas Art Center. In 2018 Seth completed his three year residency at the Penland School of Craft. He now lives with his wife and son in Bakersville, NC. 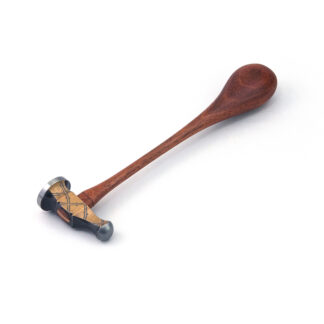