Rachel Meginnes is an artist and educator committed to the idea that art creates more fulfilling lives. Rachel received her BA in Art at Earlham College in 1999 and her MFA in Fibers at the University of Washington, Seattle in 2005. In between, she spent two years studying traditional Japanese textile processes in Morioka, Japan. From 2005 – 2011, she co-owned and operated an international rug company based out of Sikkim, India and Seattle, WA. In 2012, Rachel was awarded a three-year residency at Penland School of Crafts in North Carolina which began her shift to making art full-time. Her artwork has been exhibited internationally in Thailand and Hong Kong and can be found in the collections of the Cameron Art Museum, Wilmington, NC; the University of Arkansas, Little Rock, AR; Fidelity Bank, Raleigh, NC; the Capitol Broadcasting Company, Durham, NC; Samsel Architects, Asheville, NC; and in private collections around the country. 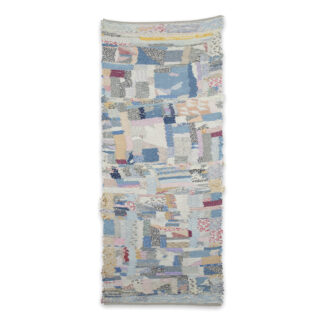