View cart “MARVIN JENSENStainless Ring” has been added to your cart.

Kenny’s production line of glassware features the characteristic high skill and craftsmanship he brings to all his work – both his sculptural works and functional ware. This hand blown cup features his signature air bubble pattern – fully functional for your choice of favorite beverage. Sold individually. 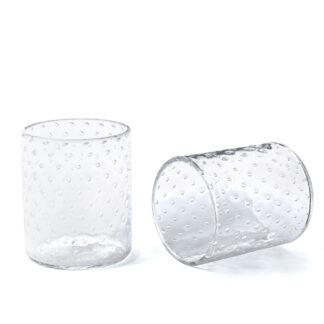