Kenny’s production line of glassware features the characteristic high skill and craftsmanship he brings to all his work – both his sculptural works and functional ware. These hand blown tumblers feature an ombre color fade from pale to vivid red, and a subtle texture pattern – fully functional for your choice of favorite beverage. 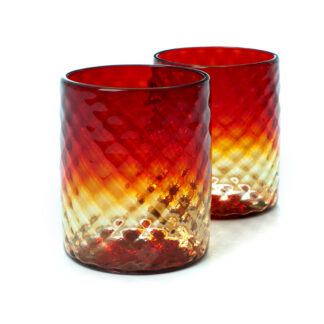