View cart “JASON HARTSOEStriped Box” has been added to your cart.
Next > < Back

“My work relies on the acknowledgment of antecedents. I believe that successful art requires a firm foundation in the work that came before it. It operates by recognizing and capitalizing on the surprising unity and collective nature of seemingly disparate ceramic traditions. The common language of forms created by the diverse cultures of our world, crossing the myriad technological divides are all dictated by themes of functionality and a common human scale.

I look not only to the forms themselves but also to the traditional methods used to make them. I have pursued my education through the process of apprenticeship and working closely with other master potters, beginning in Japan and continuing through England and here in the US. This slow education allowed for an organic training and development of the eye for form and instructed the hand in how to respond to the material.

As a functional potter I am unapologetically deeply reverent of tradition. However, I demand that my work resist a static complacency in merely the replication of the past. The challenge of my studio practice is to escape the dangers of the derivative and to allow the free experimentation with preexisting fundamentals and to synthesize them with a fresh, contemporary approach and consideration. My design is to encourage something new from the past and in so doing, to create something vital and lasting. It is my hope that perhaps it will succeed in demonstrating a kind of new translation of the better themes of our functional forms.” – Jason Hartsoe 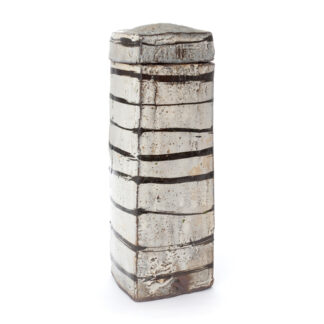