Abecedarium | Envisioned
The word abecedarian refers to the alphabet. The abecedarian is an ancient poetic form guided by alphabetical order. Abecedarian poems are word games for children. An abecedarium is something arranged alphabetically.

In this exhibit, I have envisioned my abecedarium as a conversation. I’ve displayed the plates as a story with a light, playful banter that drifts off into tangents, and then returns to a point at the end. I’ve used one letter of the alphabet as a design starting point for each plate; some remain obvious, some become completely obscured. I scrutinized the letters for clues. What is each letter’s signature? What movement does it suggest, what color calls out, how can it be manipulated into pleasing designs? By enlarging the vowel plates and simplifying their colors, then condensing the consonant plates and enriching them with vibrant color, the wall conveys a spicy rhythmic meter.

Other pieces in the exhibit have more recognizable letters. The ‘F’ handles become linear shadows on the inside of the bowl. Childhood troublemakers ‘b’ and ‘d’ co-exist in harmony. A wall platter sports an alphabet primer. Yellowy ‘Y’s’ provide a branching structure for a checkerboard.

When I began researching the idea of creating an abecedarium, I was fortunate to come across Edward R. Tufte’s books: The Visual Display of Quantitative Information, Visual Explanations, Envisioning Information, and Beautiful Evidence. These four beautiful books are about the graphical display of data. Although they aren’t alphabet oriented, they are packed with extraordinary charts of visual thinking, content and design.

The alphabet is one of the ever-present parts of life, like birds and the stars. Letters are our gateways to language. My interest in letters and the alphabet stem, in part, from remembering my difficulties with dyslexia as a child. I find it satisfying to create an alphabet on my own terms, filled with lively color and playfulness.

This project is supported in part by the Frog Hollow Vermont Craft Association Artisan Grant Program.

Holly Walker – Randolph, VT
“My current work is influenced, as always, by my internal logic as well as daily occurrences. Lately, auditory cues seem to fuel me as much as visual sensations. It could be the singular birdsong at first light that becomes a cacophony of voices creating a layering of pitch, texture, and rhythm, which is suddenly shot through with the town’s train whistle. Or listening to a Beethoven sonata, its structure presented, expanded, broken, enhanced, the pulse quickened. Or playing Poulenc nocturnes on the piano: the unusual chords unfamiliar to hand but yielding such satisfaction. Observances such as these weave through my day in the studio, sifting out in mysterious and abstract ways. I remain open to the idea that an unforeseen disruption can lead to a novel outcome.

Visually, I’m drawn to playful, rich, oddball colors. I aim for isolation and clarity of color, as well as luminosity. I find inspiration in such diverse works as the lush paintings of Thomas Nozkowski and the pieced quilts of Gee’s Bend. I lean toward more austere, spare forms: architectonic, Shakeresque. I often use geometric structure to map the space of a pot. The pinched coils create a visual texture, tempo and rhythm, inherent to the process. Antiphonal call and response music seems the perfect parallel of working intuitively in the studio, as each exchange with the clay beckons the next.”

Holly has been a studio potter since 1979. She received a BFA in Painting from Ohio University in 1974, and her MFA from Louisiana State University in 1990, and in between she participated in Penland’s Core Fellowship program. After serving as Executive Director of Watershed Center for the Ceramic Arts (ME) from 1990-1995, she has returned to the Penland area in various capacities – most recently as instructor. Her exhibition and teaching resume is at least ten pages of active making and sharing skills.

Holly Walker is currently living and working in Vermont. Exhibiting and teaching workshops nationally, her lecturing also includes Northern Clay Center and University of Colorado. Teaching includes Rhode Island School of Design, Nova Scotia College of Art and Design, Haystack and Penland Schools of Craft. She is a featured artist in numerous books including “Glaze: The Ultimate Ceramic Artist’s Guide to Glaze and Color” by Brian Taylor and Kate Doody, and “American iPottery” by Kevin Hluch. 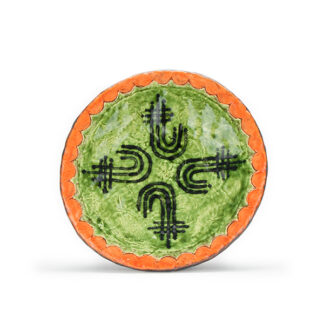