Recently Christopher moved to the Penland area, and has been working for and assisting Kenny Pieper. Prior to moving to North Carolina, Chris worked for Devin Burgess at Borealis Studios in Greensboro, VT, and had assisted and gaffed for Michael Egan at Green Mountain Glassworks in Granville, VT.

He holds a BFA in Sculpture from Johnson State College in Johnson, VT, and has attended several residency programs including the Vermont Studio Center (VT), the STARworks Center for Glass (NC), and Residents Together (Boda, Sweden).

Constantly moving between the artistic and functional qualities of glass, Chris is critical of glass as a material; how form, function, and material interact with one another. Inspired by antique, found, and everyday objects, Chris’s work explores the interaction between tool and toy. 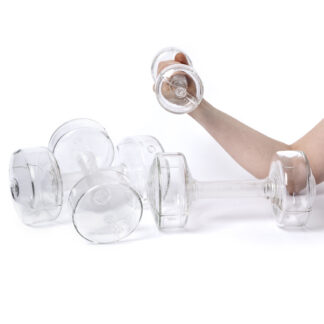