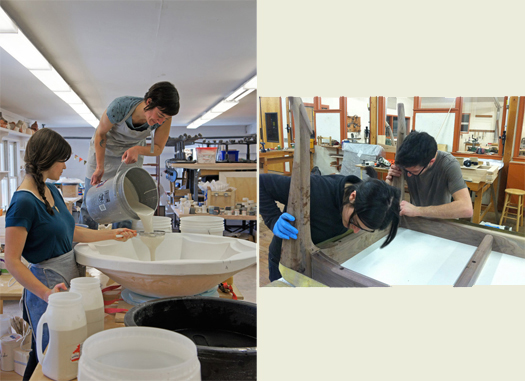 Winter is a relatively quiet time at Penland, but the work of art goes on in our studios all through the months between fall and spring classes. The flame of creativity is kept burning in the cold days by a small community of winter renters, print and letterpress residents, studio coordinators, and of course Penland’s core fellowship students.

Two ambitious projects, each engaging the time and talents of multiple core fellows across multiple studios, had their results publicly debuted at Winter Works, an end-of-season exhibition in Northlight hall on Wednesday evening, February 20th – an outdoor multi-media umbrella installation and a dining table commissioned for the future core house. 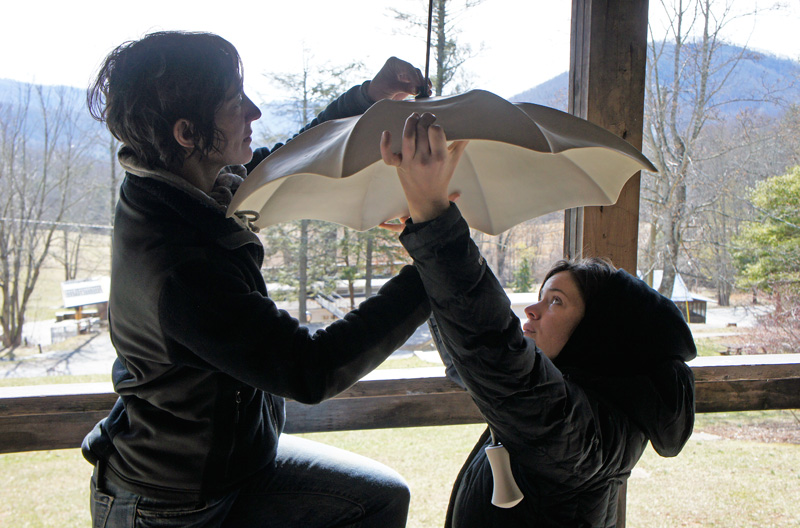 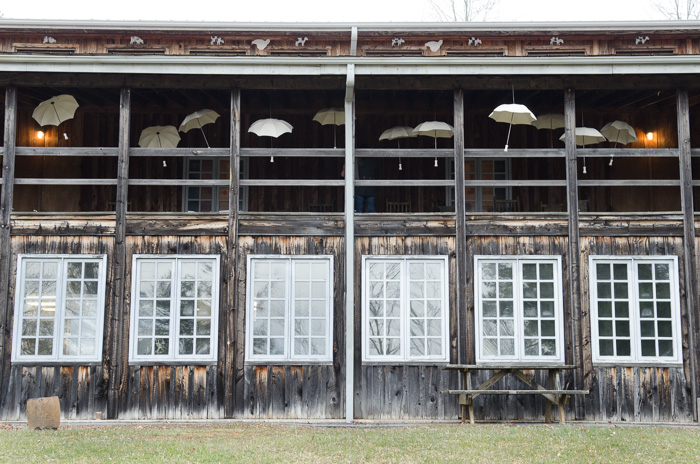 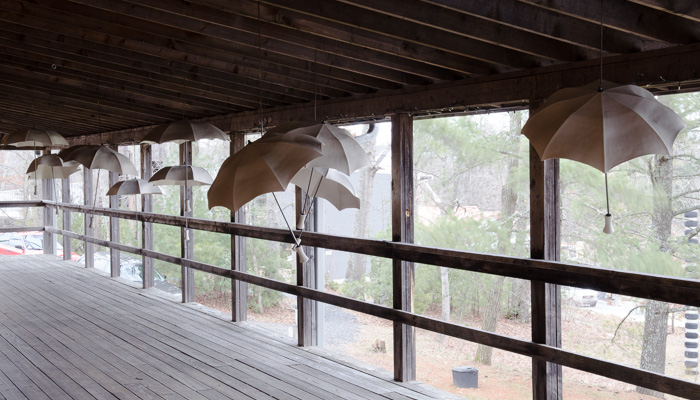 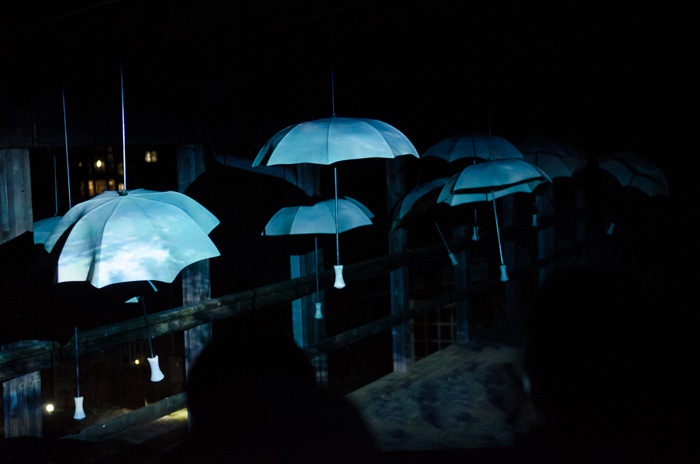 January Swim: With assistance from Molly Spadone, Jack Mauch, and Bob Biddlestone, and advice from the Penland community at large, core fellow Rachel Garceau spent the last few weeks in the clay, iron, and wood studios, creating a series of slip-cast porcelain and forged steel umbrellas, which she hung on the Northlight porch and used as a complex surface on which to project video.

Core House Dining Table: Liz Koerner and Jack Mauch spent the winter executing a commission from the school –  a dining room table for the future core house. Beautifully made in wood, it also has a hidden signature; under the lip, Jack inlaid notes on the table’s construction in silver wire. 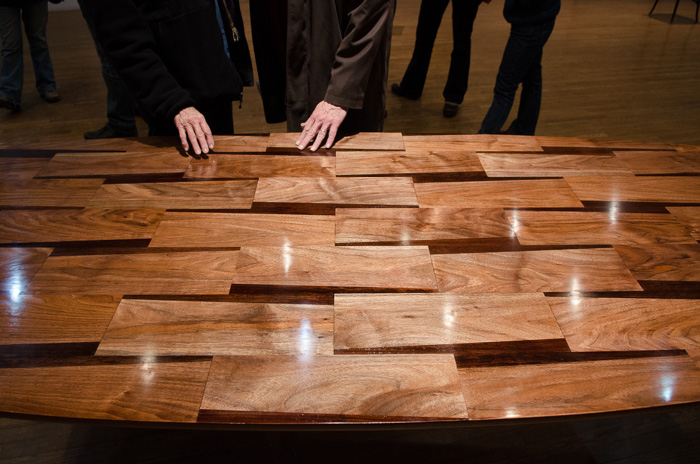 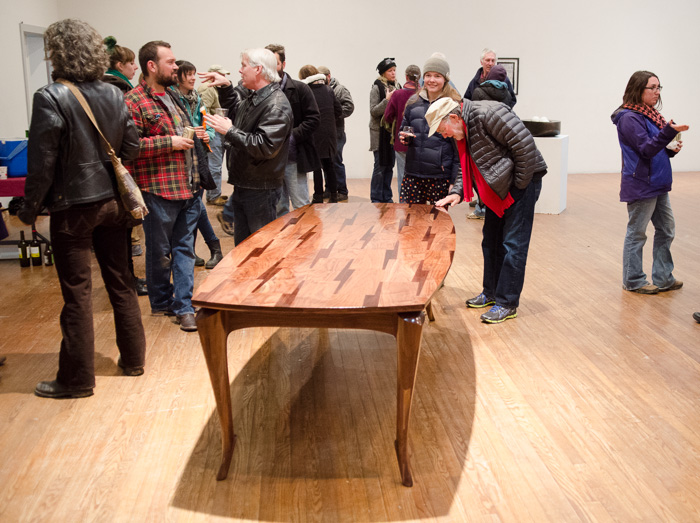 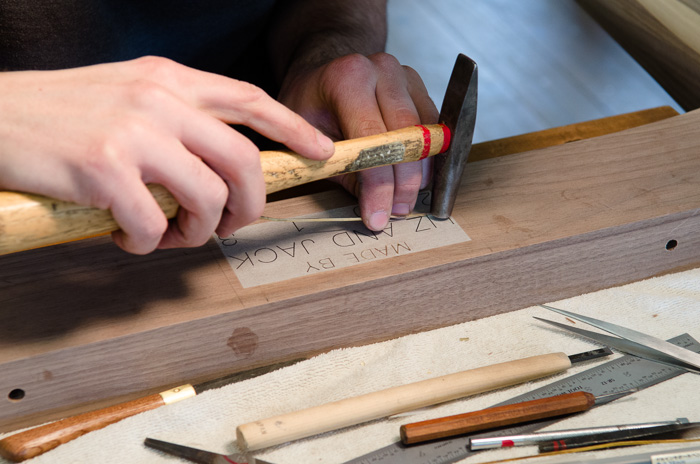 The event was well attended, and also served as a sort of farewell party for the four core fellows leaving Penland this week: Bob Biddlestone, Rachel Garceau, Seth Gould, and Jack Mauch. We’ll miss them dearly, but given what they’ve shown us, we’re not the least bit worried about them.