Today is July 4. It’s the end of session three and we have an auction tonight, so we planned our annual July 4 parade, ice cream social, and fireworks extravaganza for yesterday. But yesterday was like this, pretty much all day. 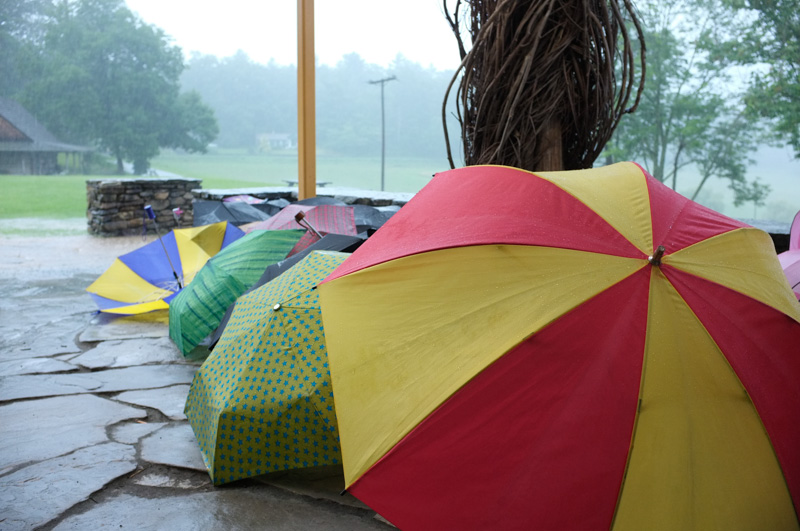 This is what the Pines Portico looked like at lunch time. 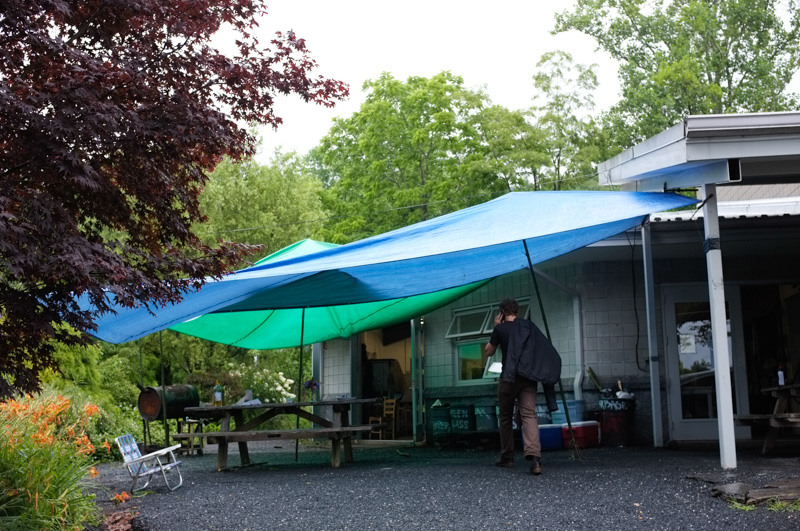 Here’s the glass studio, modified with tarps after water streamed in through the front doors during a deluge last week. We’ve been having rain punctuated by thunderstorms for days on end. So we called off the parade and the fireworks and put out the word to the community telling people not to come. 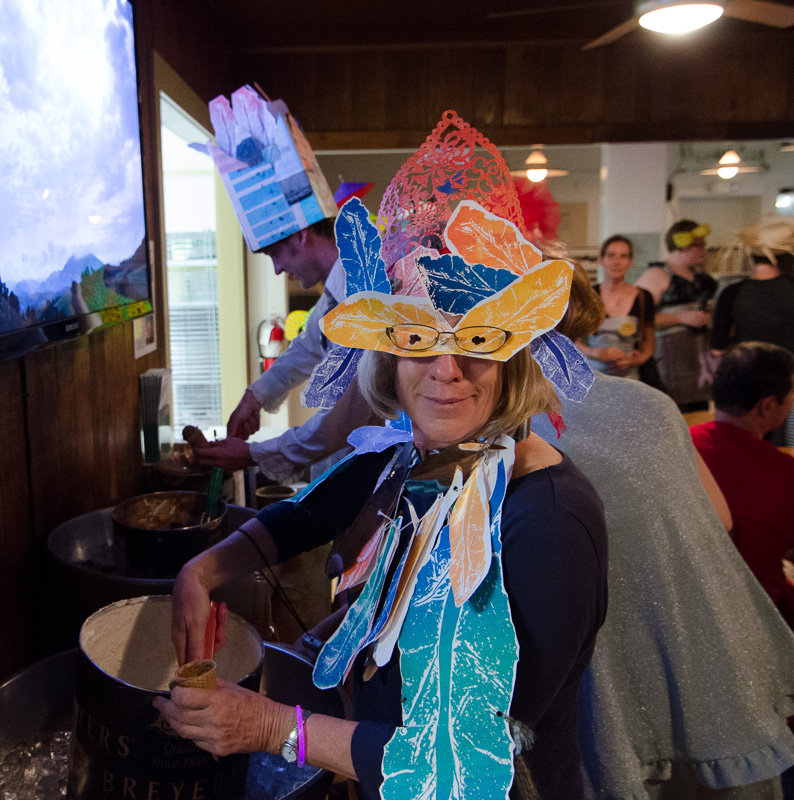 But a bunch of the classes had already made costumes, so everyone reconvened after supper for ice cream and a very short indoor parade (with prizes). 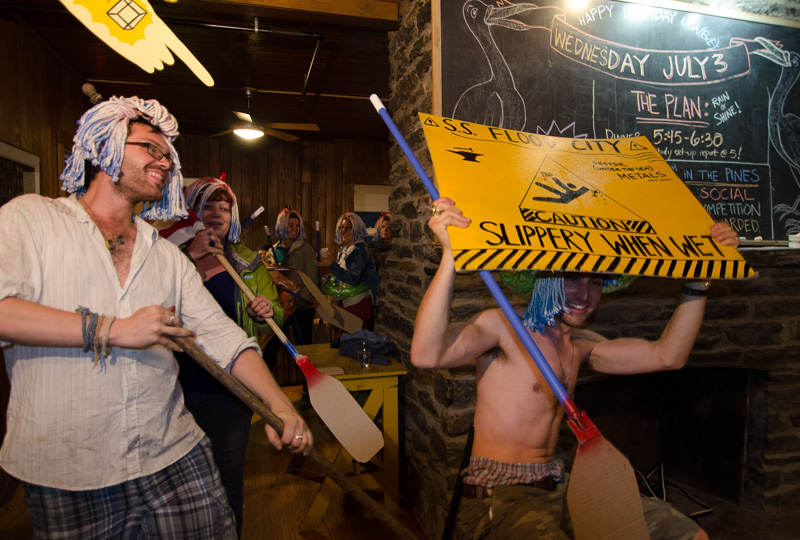 These metalsmiths had spent part of the day bailing water from the back of the lower metals studio, so they paddled through the Pines wearing mop wigs. 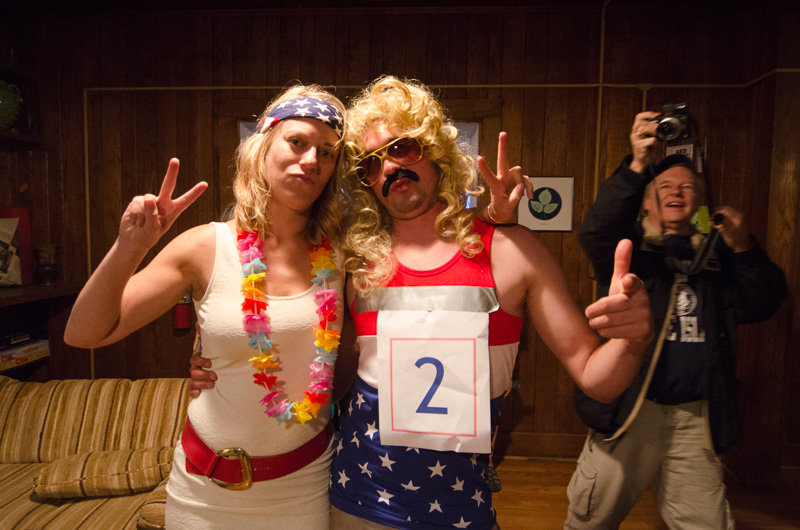 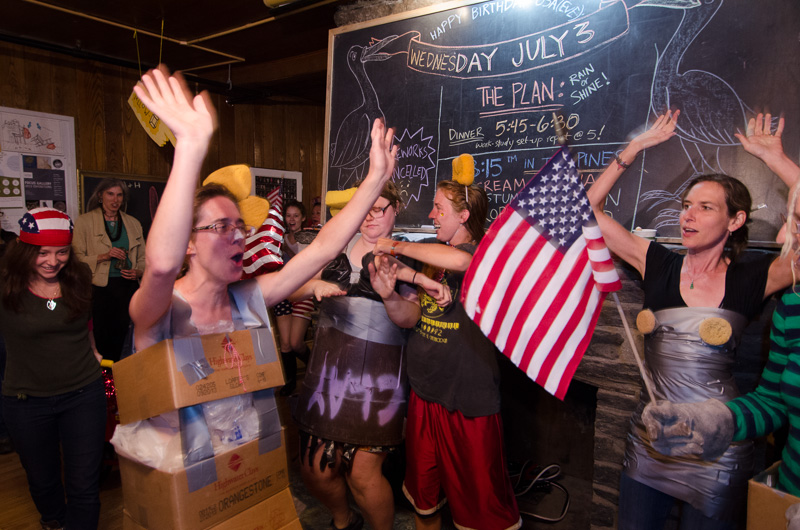 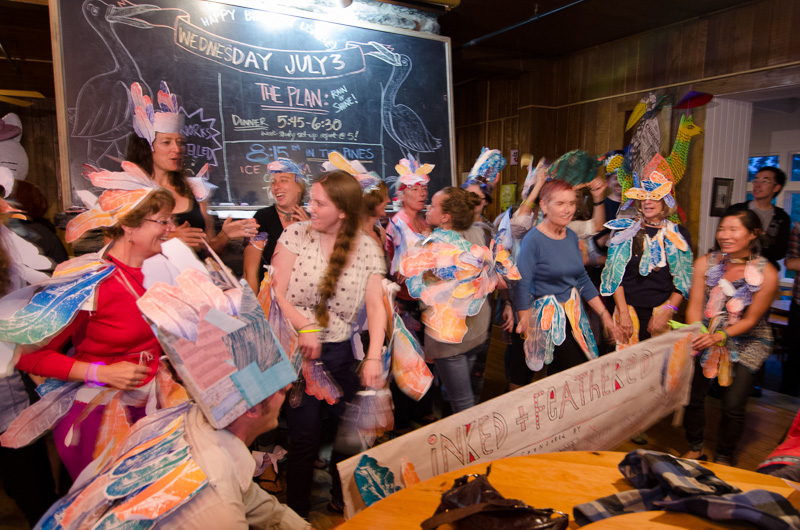 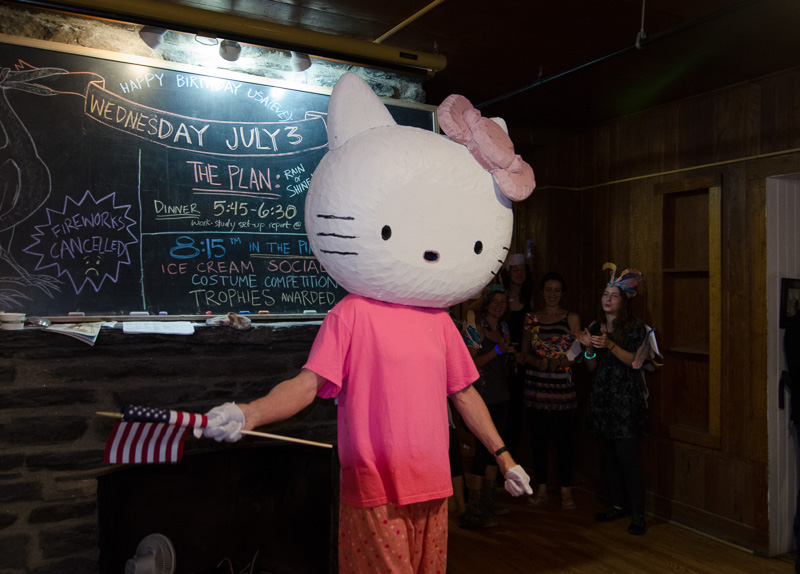 And the biggest Hello Kitty we’ve ever seen.