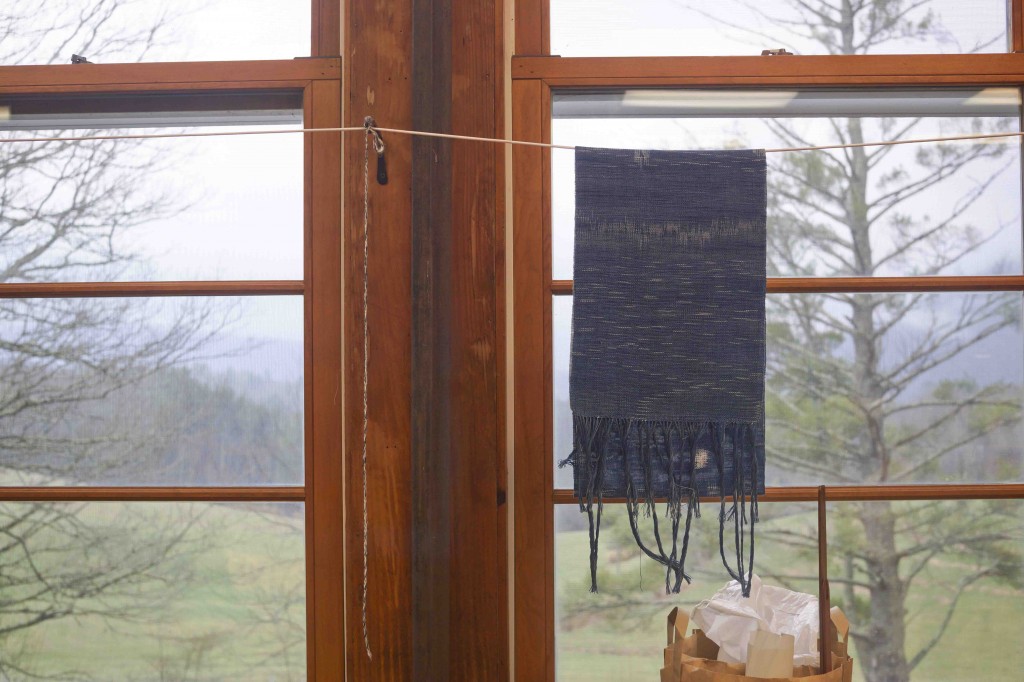 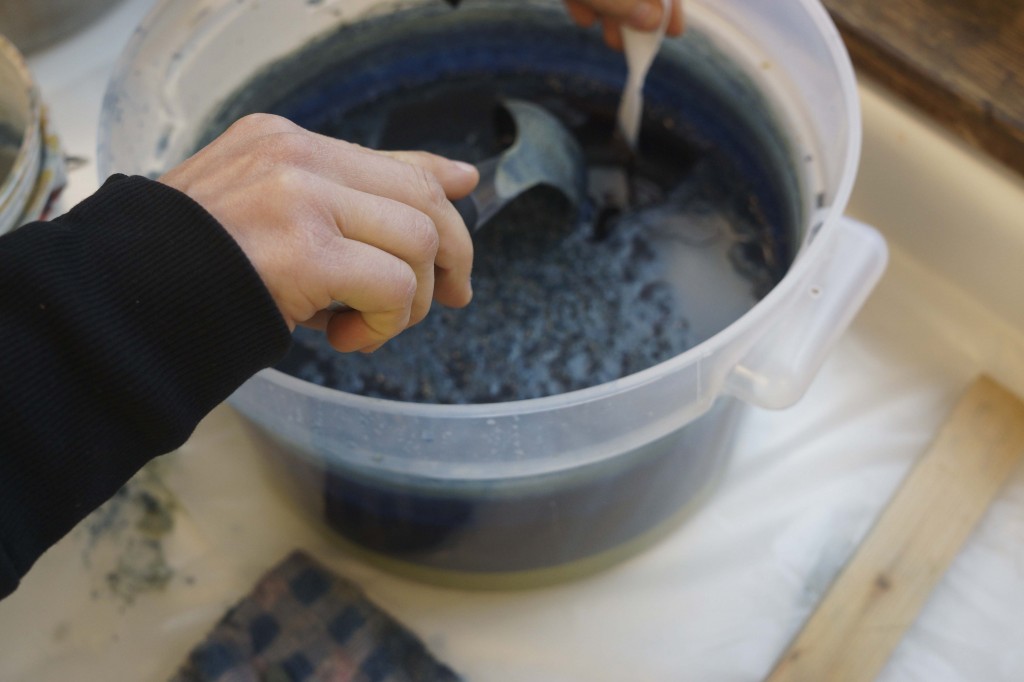 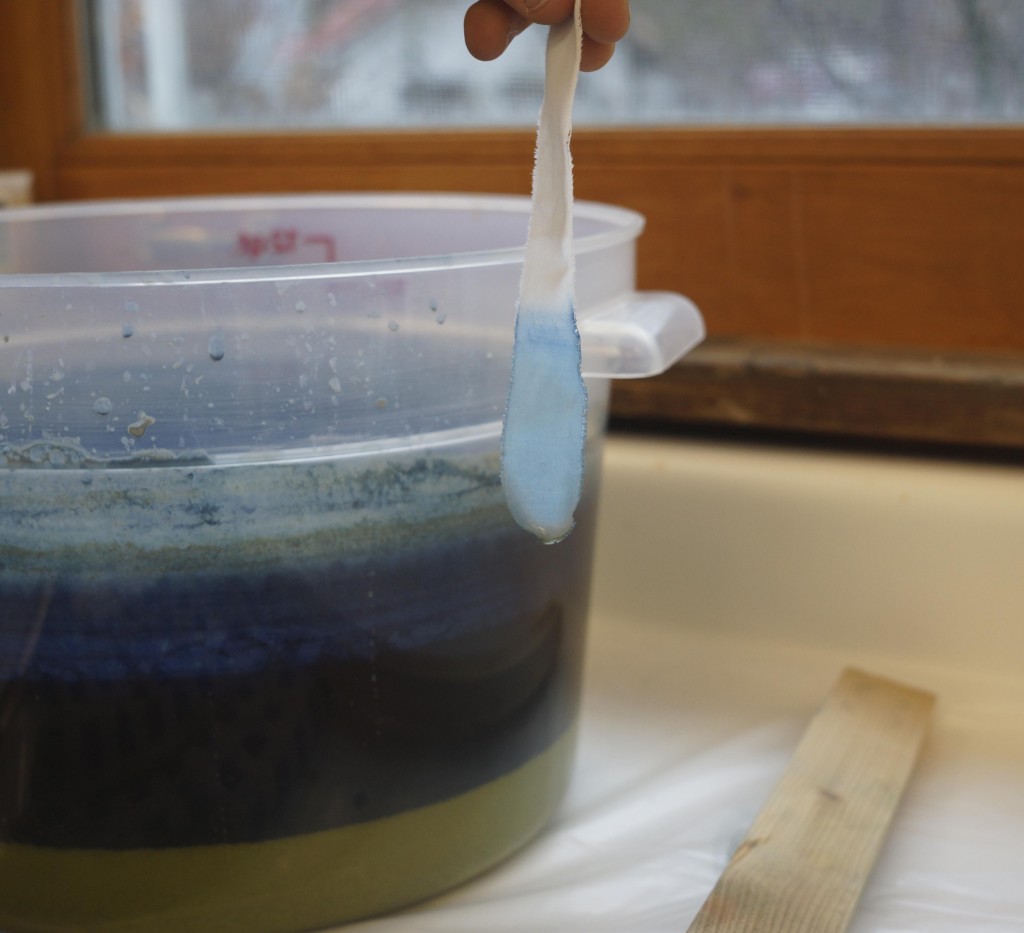 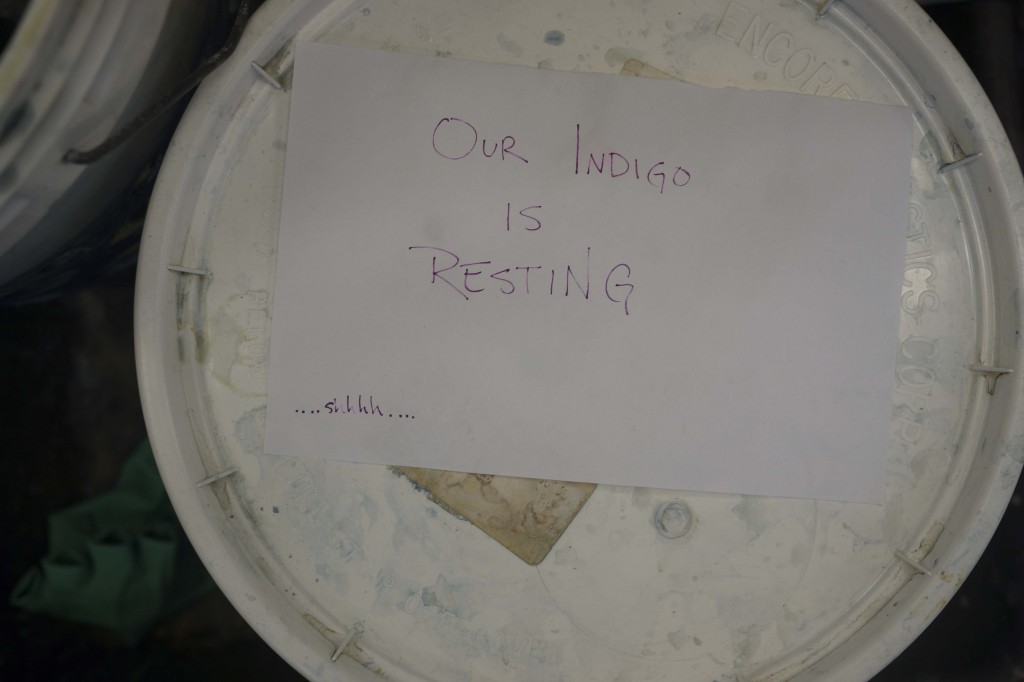 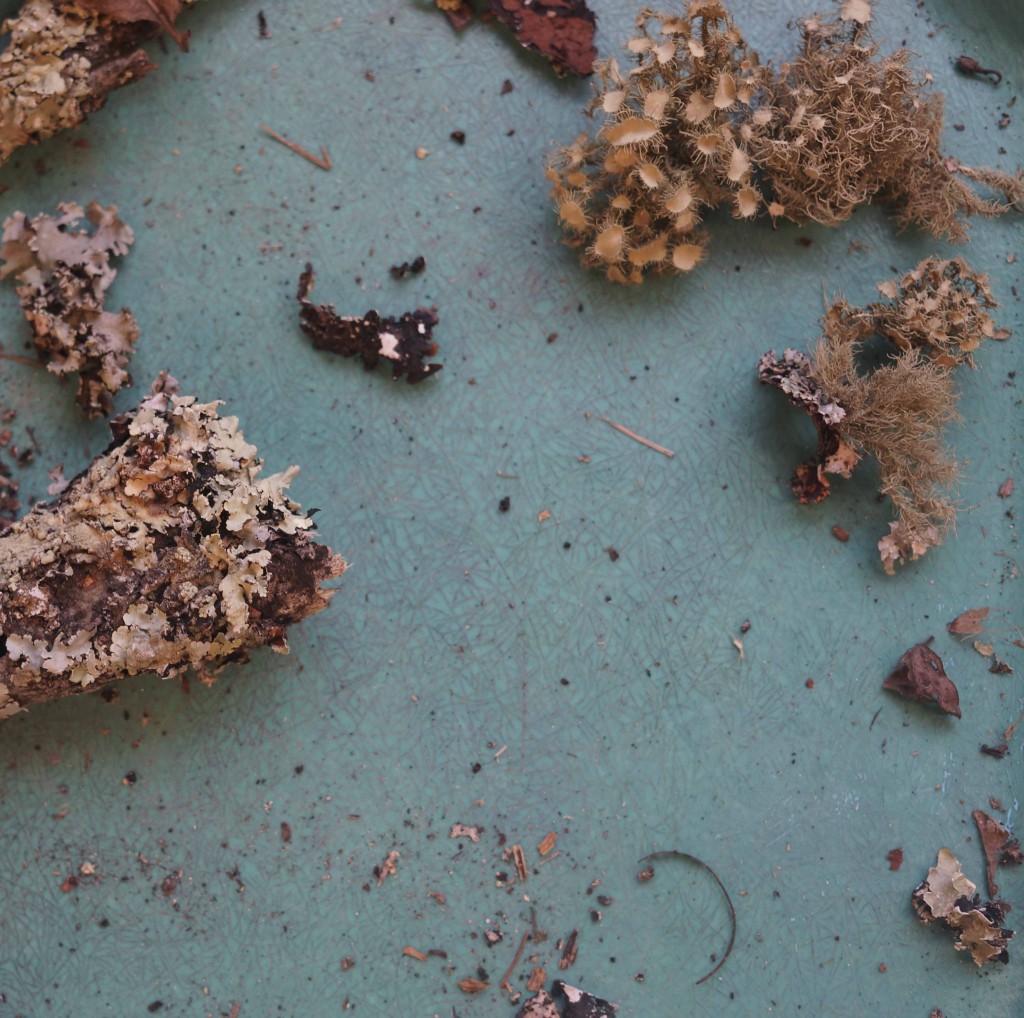 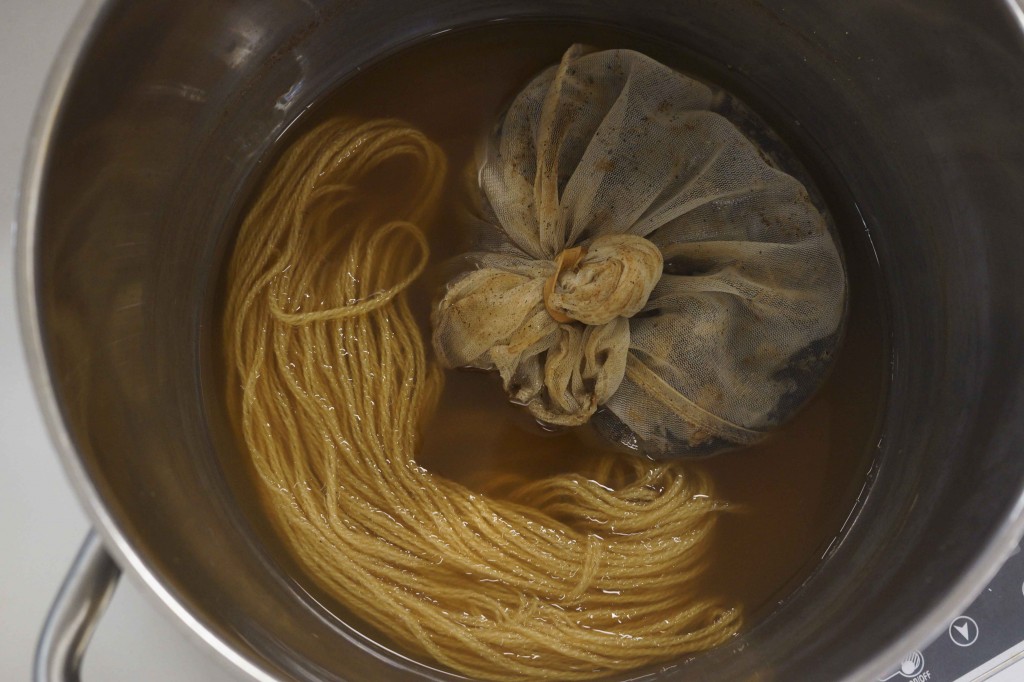 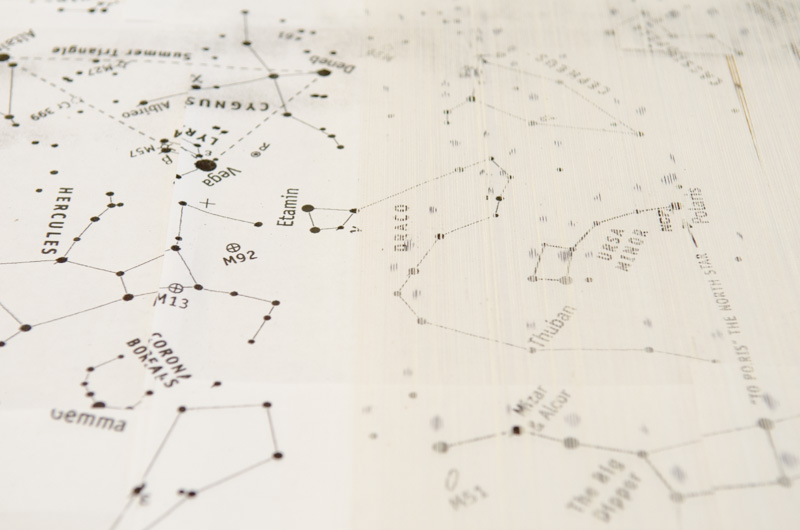 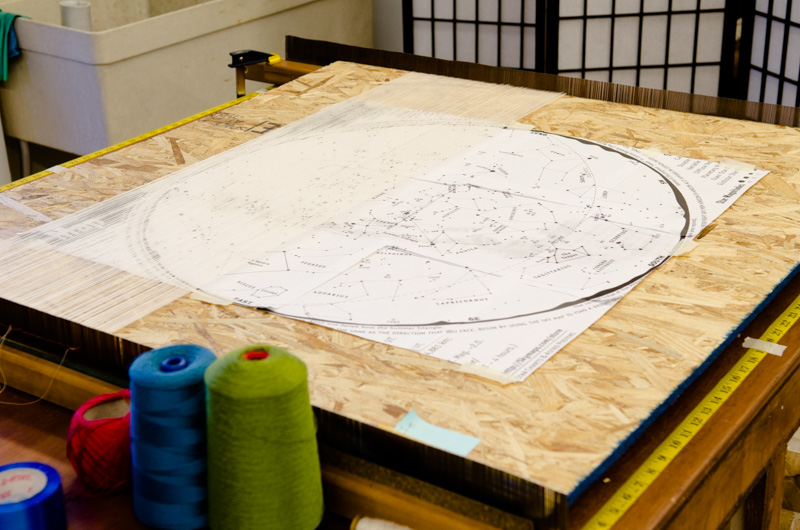 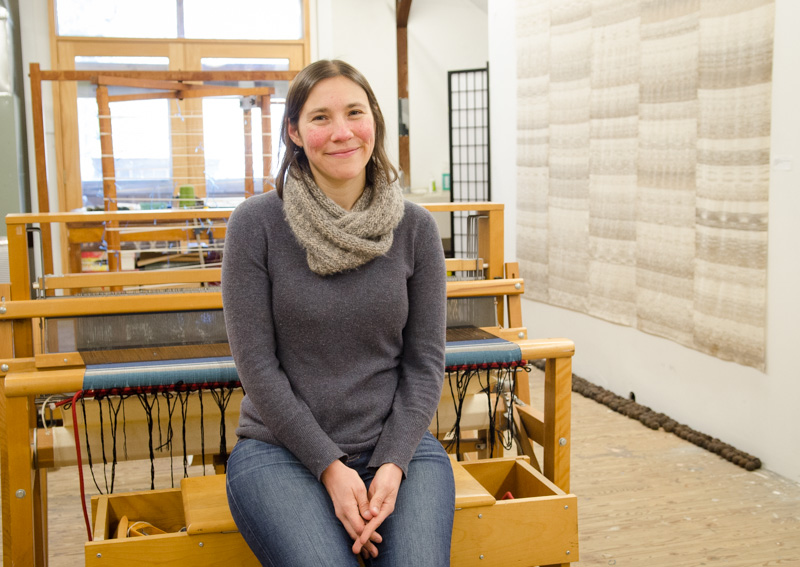 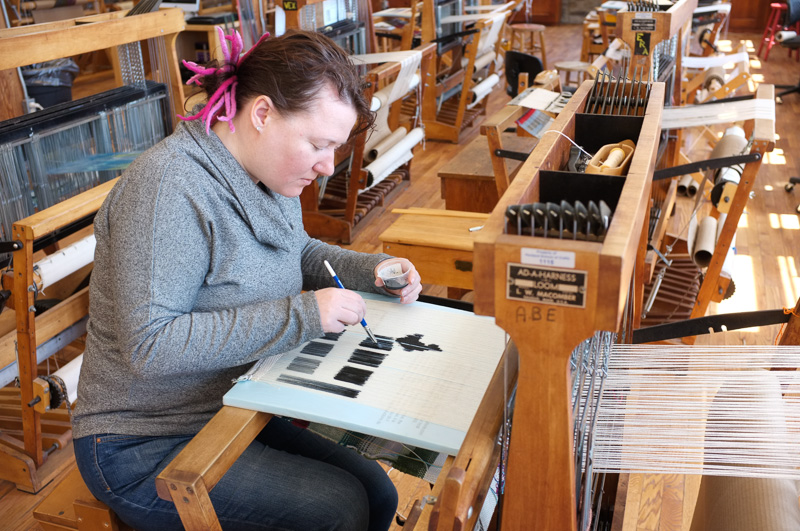 Student Alke Groppel-Wegener experimenting with warp painting in the weaving studio. Alke teaches writing to art and design students at the University of Staffordshire in England. The university gave her a term off so she could take Robin Johnston’s weaving Concentration. The class was introduced to painted warps by visiting artist Andrea Donnelly. 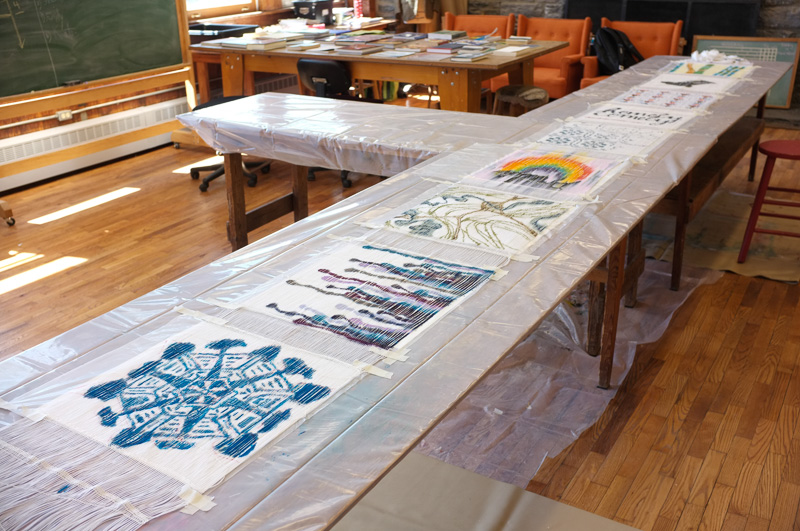 This is a single warp with a section painted by each member of the class. It will be wound onto a loom and woven into one long piece of cloth.