What would it look like if the Penland experience were a full college semester? For the three students who were part of the first-ever Earlham College Penland Program this fall, it looked like two different Penland workshops and countless hours in the studios, plus a giant stack of readings, a deep look at the history of craft in this area, and an opportunity to focus on the professional and entrepreneurial skills of being an artist—all under the guidance and mentorship of Rachel Meginnes, former Penland resident artist and director of the Earlham/Penland program.

Thomas Hill, Johanna Marie Monson Geerts, and Hannah Roman joined us from Earlham College just in time for the start of Penland’s 7th summer session. They kicked off their semester with one-week workshops in brushmaking, daguerreotype photography, and weaving, getting a feel for the studios and the pace of life at Penland.

Next, during the three weeks between Penland’s summer and fall sessions, the students embarked on an ambitious course called Craft in Context taught by Rachel Meginnes and Penland archivist Carey Hedlund. Through over 700 pages of reading, local field trips to places like Cherokee, NC, and a road trip up the East Coast to take in sites such as the National Museum of the American Indian, the students gained an appreciation for the history of craft in Appalachia.

Back on campus in mid-September, they started in on eight weeks of Penland concentrations. Thomas studied pottery and surface decoration with Maggie and Tom Jasczcak, Johanna learned letterpress and bookbinding techniques with Beth Schaible, and Hannah immersed herself in shape and color in Tonya D. Lee’s abstract painting workshop.

The final three weeks of the semester were reserved for a course taught by Rachel called Art & Entrepreneurship. It focused on essentials like writing artist statements, building a website, learning photo editing skills, designing business cards, and crafting slide presentations. (Speaking of websites, take a look at their shiny new ones—thomashillpots.com, johannamarieart.com, and chromacowboy.com!)

On December 13, Thomas, Johanna, and Hannah got the opportunity to show off all their hard work over the past sixteen weeks with the opening reception for their exhibition On the Road to Heavens Above. They curated and installed the show themselves in the new Gallery North space at Northlight and invited the entire Penland community to come. From Hannah’s bold and surprising color compositions to Johanna’s delicate words printed on her photographs to Thomas’s layered ceramic surfaces, it was a beautiful presentation of an extraordinary artistic effort.

“I couldn’t even have imagined how much growing and discovering I would do here,” Hannah remarked at the close of her Penland semester. For her part, Rachel said, “I could not be more proud of the students’ hard work and dedication to their work and studies.” We couldn’t agree more—congrats Thomas, Johanna, and Hannah! We can’t wait to see where your ideas take you. 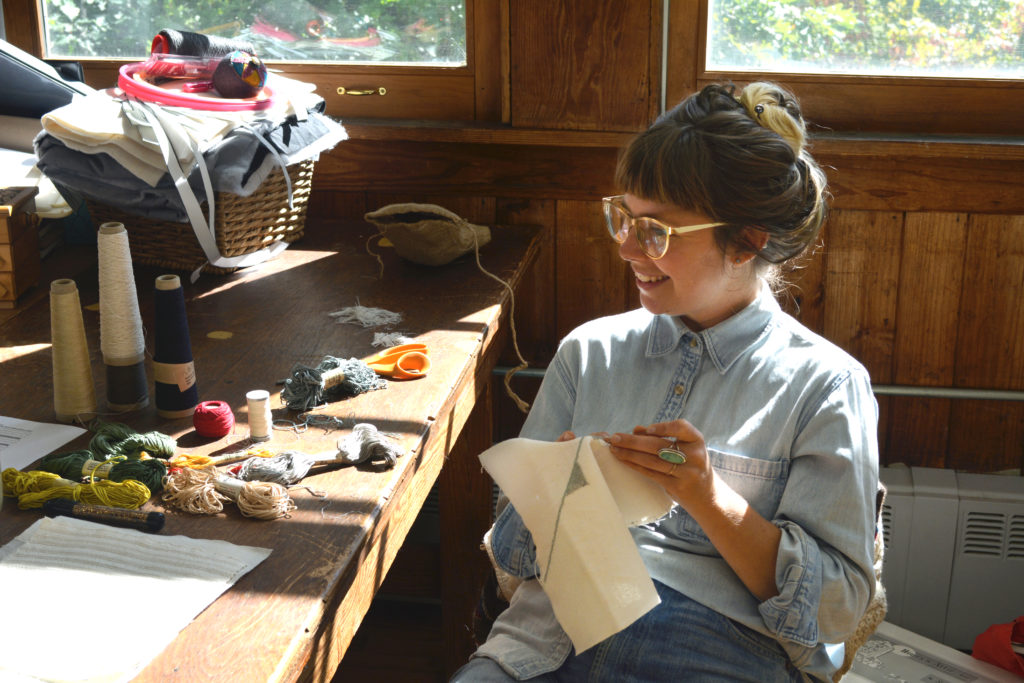 On a crisp and sunny afternoon, there may be nowhere on campus that gets better light than the weaving studio in Lily Loom. This fall, it is home to Rachel Meginnes’s concentration The Thread Between. Students in the workshop are learning to deepen their studio practices and develop a serious body of work through exercises with textiles, readings, writing assignments, discussions, presentations, and individual consultations. Here, studio assistant Jessica Green works on a cross stitch sample (above), and instructor Rachel Meginnes talks with studio assistant Marie Fornaro about her sewn paper samples (below). 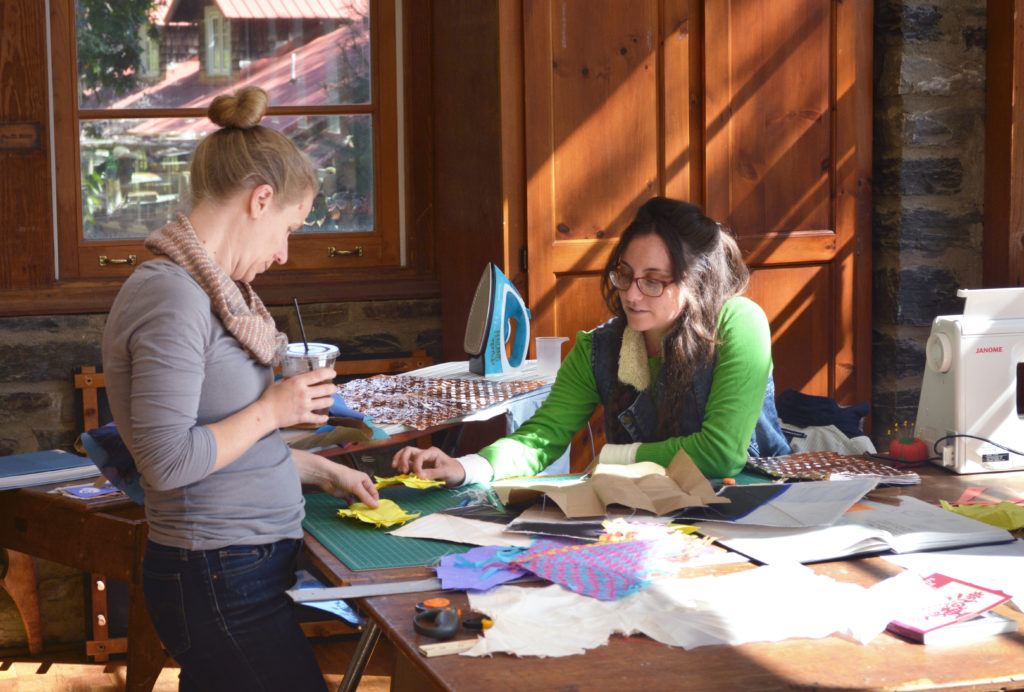 Today we bid a fond, sad farewell to three of our resident artists. Micah Evans, Dustin Farnsworth, and Rachel Meginnes have been wonderful community members since arriving at Penland in 2012 and have continually inspired us with their work. 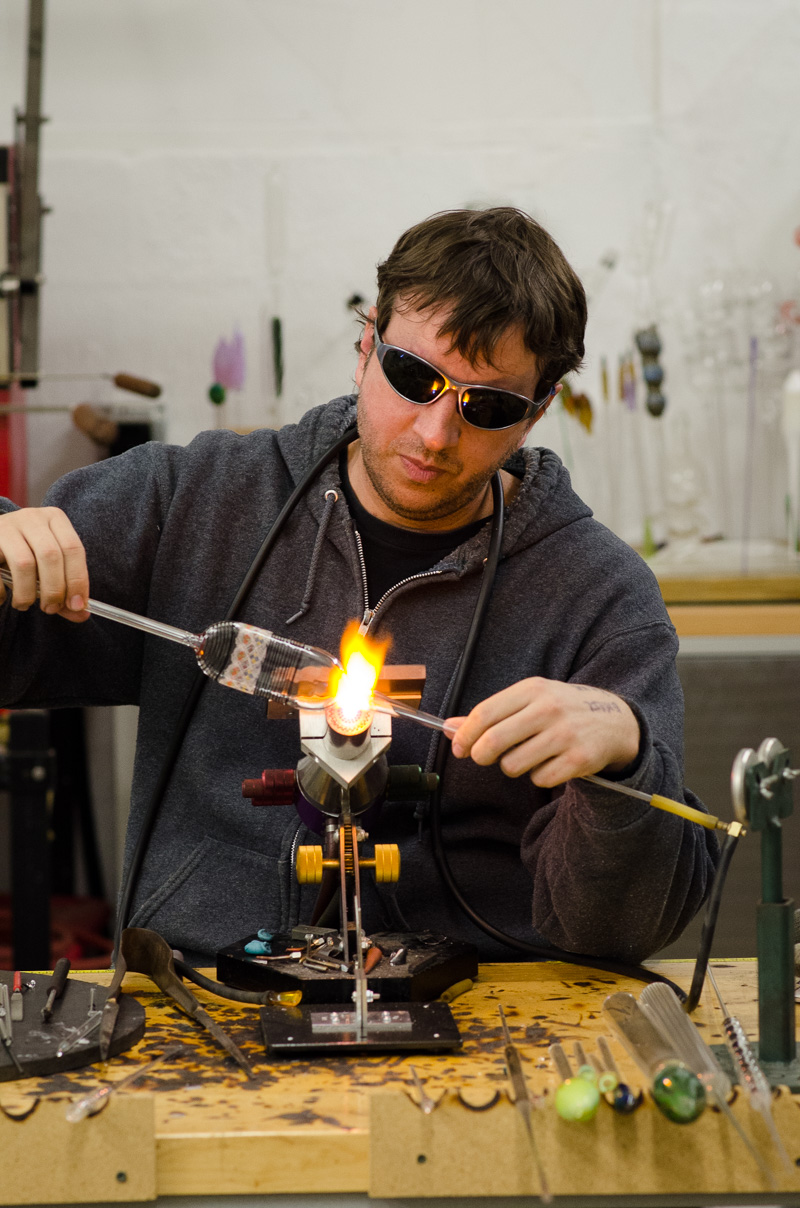 Micah, our resident in glass, will be heading to Austin, TX to set up a studio there and continue his work. During his residency, he made everything from glass topographic maps to yo-yos to involved decanters—all of them exquisite. 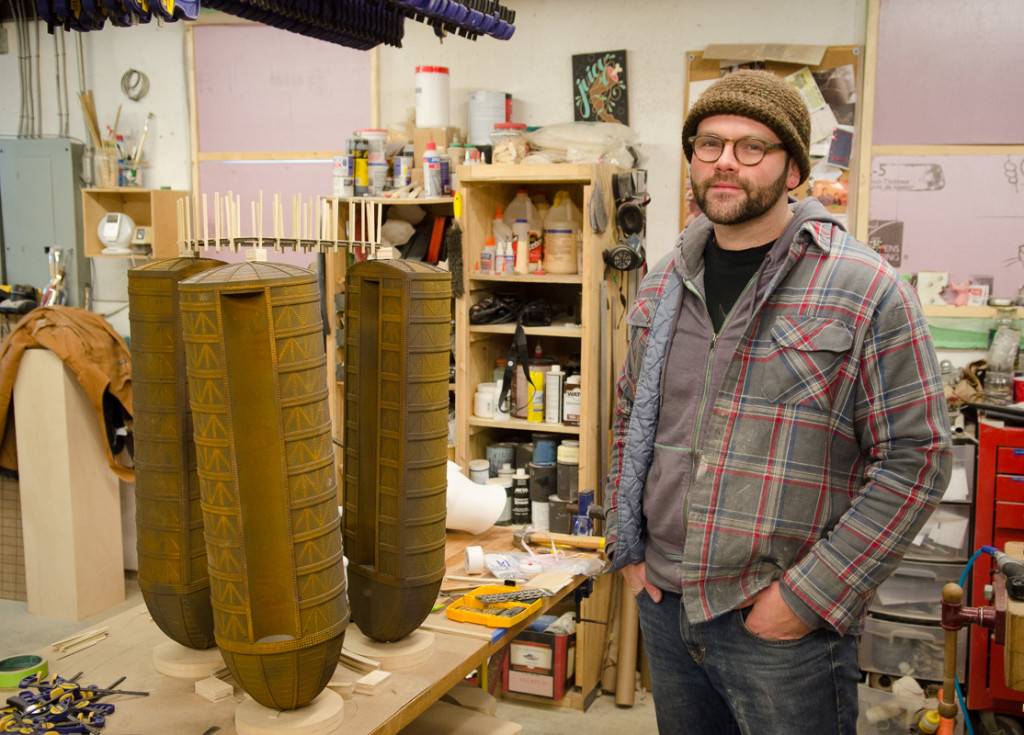 Dustin has spent his three-year residency focused on figurative sculpture, producing monumental narrative pieces that are both intricate and immersive. This fall, he will spend the semester at the University of Wisconsin-Madison as a Windgate Artist in Residence. 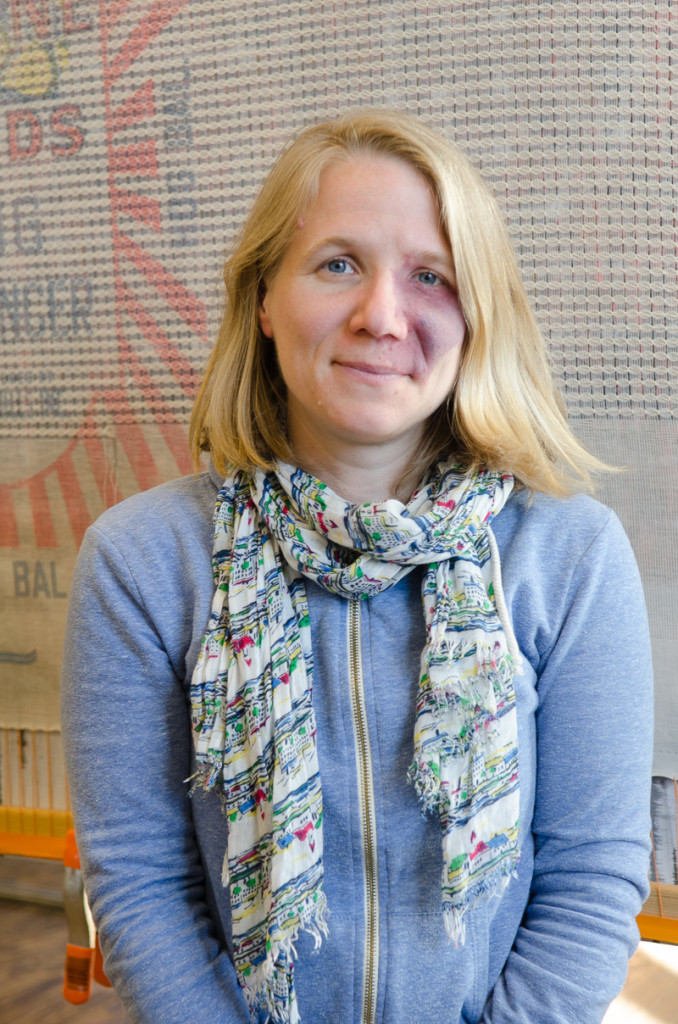 While at Penland, Rachel moved between painting and textiles, transforming plainwoven fabric into gorgeous and subtle studies of color, texture, and pattern. She is headed to Indiana to teach at Earlham College for the next year but will be back at Penland in fall 2016 to teach a concentration.

Best of luck to each of these three talented artists as they continue exploring new ideas in their work! We’re eager to see where those explorations take them, and we’ll always be eager to welcome them back to Penland. 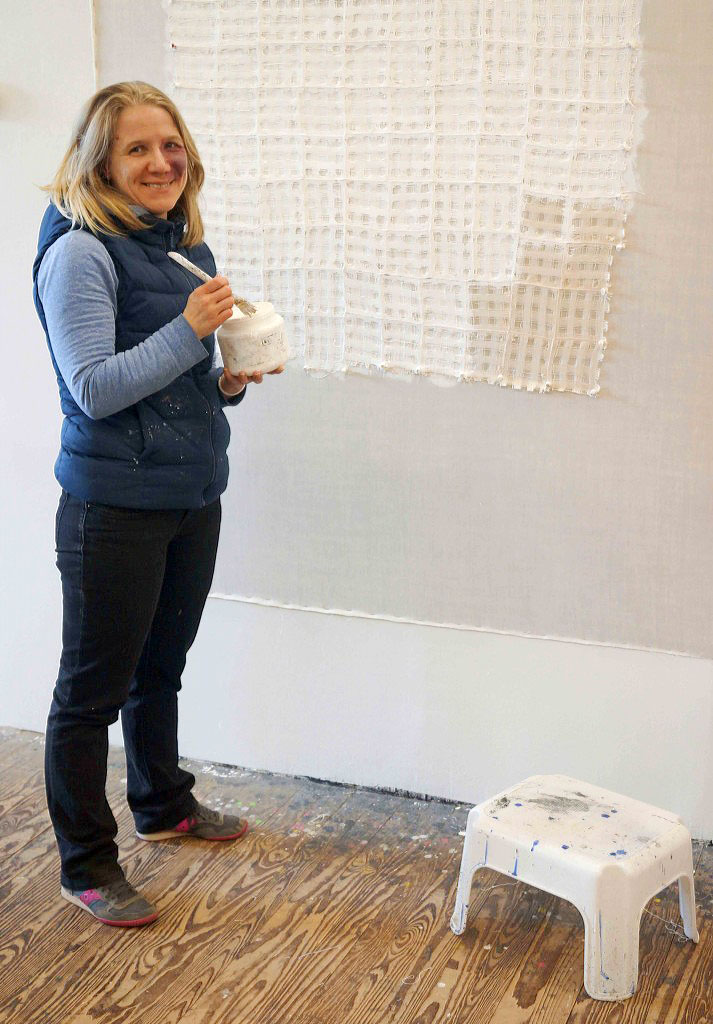 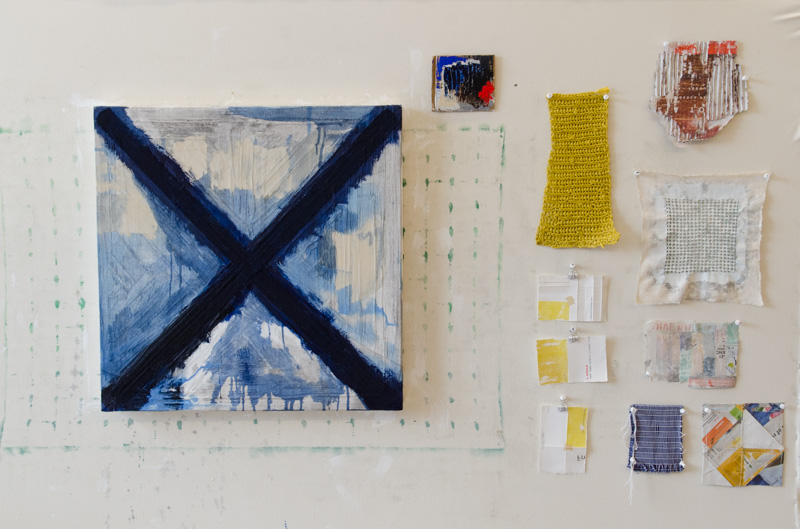 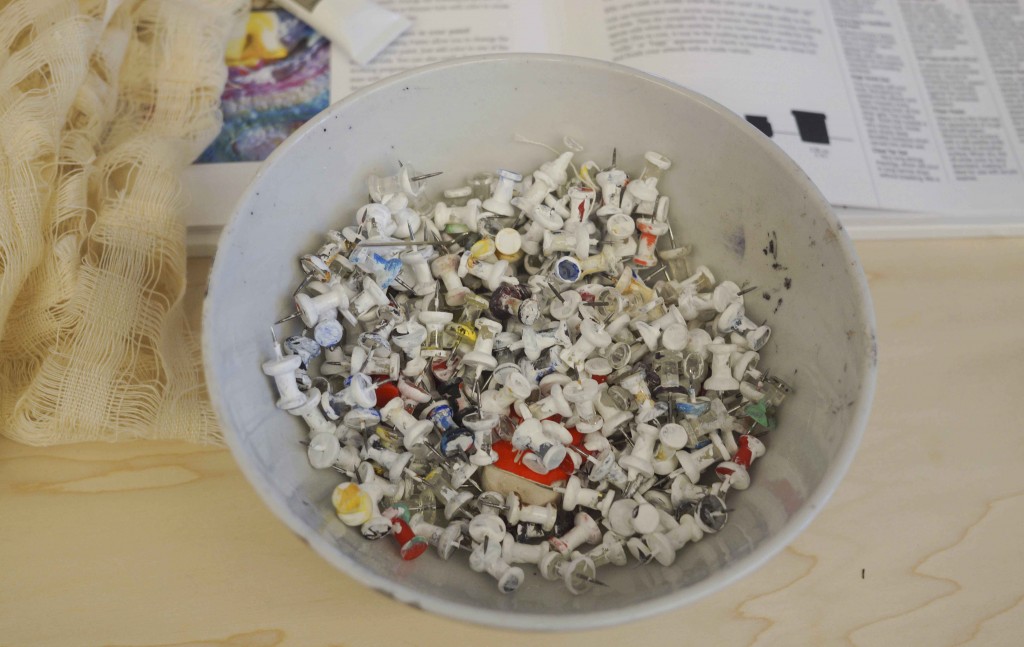 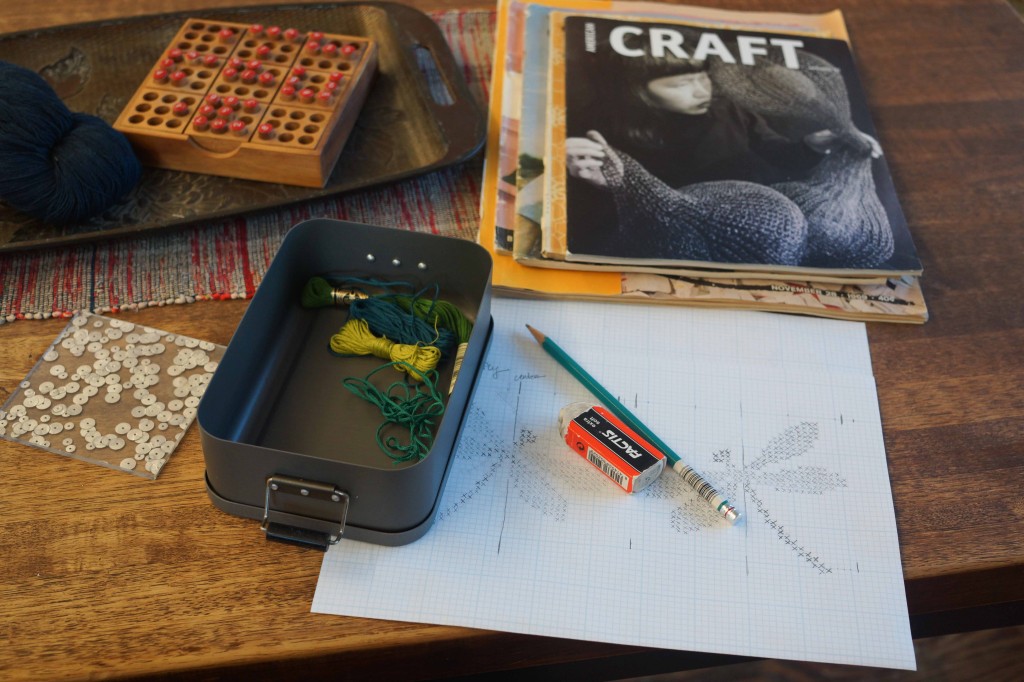 Download a pdf of the article or purchase the issue here.

Students in Rachel Meginnes’s textile workshop picked up some crochet moves during a demonstration this week. The hands on the left belong to Elizabeth Meyer of Madison, Georgia, a return student to Penland. When we quizzed her about when she was last here, she furrowed her brow, and then suddenly removed her wedding band to look at the date on the inside. Turns out the year of her marriage was also the year she did a concentration with Julia Leonard in bookmaking. As she turned her ring, Meyer remembered zipping back and forth between workshop and wedding planning, workshop and wedding planning, and smiled.