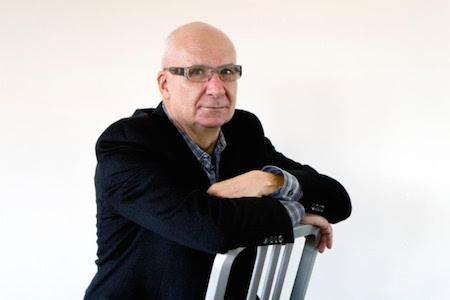 Writer, historian, critic, and gallerist Garth Clark will speak at Penland School of Crafts on Sunday, July 27,  at 8:15 PM. Clark is spending several weeks at Penland as this year’s Andrew Glasgow Writing Resident. He will speak about the recent explosion of ceramic activity in the fine arts and offer other thoughts about issues in contemporary craft. The lecture takes place in the Northlight building, and it is free and open to the public.

Clark is co-founder of Garth Clark Gallery in New York and Los Angeles, founder and former director of the Ceramic Arts Foundation, and founder of the CFile Foundation, a global community working to bring ceramics into the mainstream of visual art. He is the author of over sixty books and several hundred reviews and essays. He is a fellow of the Royal College of Art (London); his honors include several honorary doctorates and lifetime achievement awards as well as the “Art Book of the Year” award from the Art Libraries Society of North America.

An accomplished lecturer, Clark has spoken in thirty countries at over 100 major venues including the Metropolitan Museum of Art in New York, the Victoria and Albert Museum in London, and the Sorbonne University in Paris. His two most recent books are Mind Mud: The Conceptual Ceramics of Ai Weiwei and Lucio Fontana Ceramics. He is the editor-in-chief of CFile Online, an online forum for ceramics in art, design, and architecture.

The Andrew Glasgow Writers Residency is a program of Penland School of Crafts that provides focused time in a retreat environment to writers who will benefit from interacting with a craft community. The residency is named in honor of Asheville resident Andrew Glasgow, who served as the director of the American Craft Council and the Furniture Society, and as director of education and collections at the Southern Highland Craft Guild.