Yes, there’s snow in the forecast for tonight. But no, it’s not too early to start planting the Penland vegetable garden. In fact, thanks to a basement propagation room and the careful planning of Penland gardener Casara Logan, seedlings are already in the soil and sprouting!

Though the Penland garden often goes under the radar, it’s one aspect of our school that touches nearly everyone who sets foot on campus: Penland-grown vegetables go into hundreds of meals at The Pines spring through fall, herbs from the beds flavor drinks in the coffee shop, and the food scraps collected from everyone who dines here get composted and worked back into the rows to enrich the soil. This is no small thing: last year, nearly twenty tons of food waste were redirected into our steaming compost piles.

The Penland garden is a modest 100 ft x 100 ft of soil tucked into the curve of the road below The Pines. It is worked mostly by hand—or, more specifically, by the diligent hands of Casara, Penland WWOOFer Irvin Carsten, core fellow Luke Gnadinger, and a handful of work-study students. What can such a small team do in a small space? We’ll let the numbers speak for themselves: during the 2017 season, the garden produced over 25 varieties of vegetables and herbs, including 7 lbs of mint, 36.5 lbs of radishes, 96.25 lbs of arugula, 100 lbs of broccoli, 245 lbs of lettuce, 580 lbs of kale, and 765 lbs of chard, for a grand total of nearly 1.5 tons of produce!

The vegetables are tasty, to be sure, but what’s the connection between cultivation and craft? A lot of it comes back to care, to love of process, and to appreciation for material. Like throwing a mug from a lump of clay, growing vegetables takes a commitment of time and attention. There are rows to turn, seedlings to water, weeds to pull, and pests to manage. Doing any of these steps well requires a real focus on the the task at hand and a sensitivity to the sun, the soil, and the rain. We can (and do) buy vegetables, but we believe that—as with a handmade mug—growing them ourselves provides real value to our gardeners, our students, our community, and this little piece of the Blue Ridge Mountains we love. It’s probably no coincidence that, before they were farmers, Casara and Irvin were both artists first. 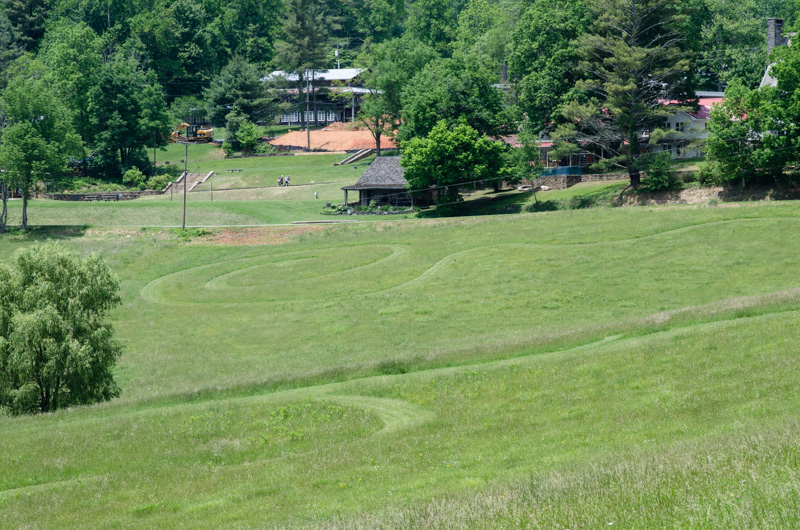 (A short history of the mowed meandering path at Penland)

In 1999, Penland drafted a campus master plan. The plan included a boardwalk. The boardwalk would border Conley Ridge Road along the meadow, connecting the main campus to Horner, where students were then being housed.

Like many great ideas, it was an expensive one, and Penland’s boardwalk never braced the grassy circle dipping from the road, a field expanding and rising steadily into a perfect knoll—“the knoll,” as Penlanders call it—across the road from the Pines.

In the summer, the field becomes an intoxicating green bowl. On windy days, shadows fold out and flash before the green assembles in the sun again. Wind-waves. Daydreamer bait.

Maybe because the dream of a boardwalk had been hatched and deferred, an idea for some kind of path system took shape. Two very functional paths were mowed before summer sessions started: a straight-shot from the Pines over the knoll to the resident artist apartments, and another along Conley Ridge down to Horner and the Penland Gallery, which visitors could use to avoid walking with the cars: 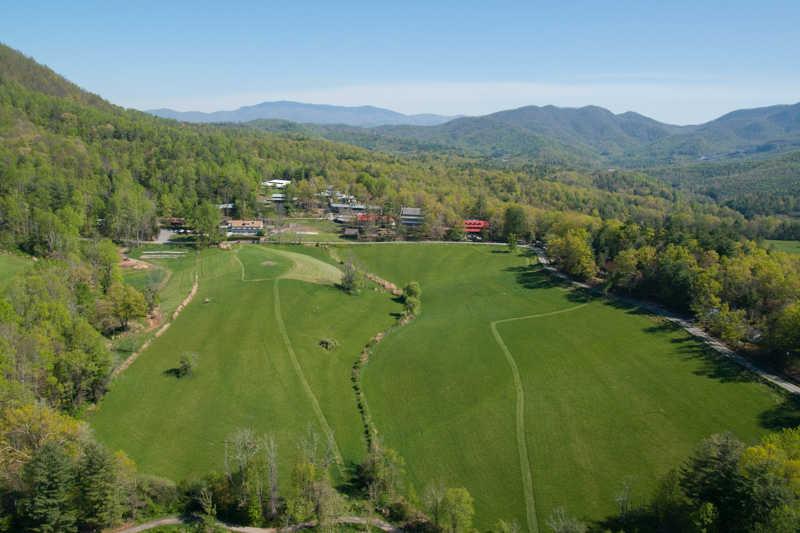 Not long after this 2010 aerial shot for the Penland catalog (above) was taken, Jean McLaughlin, Penland’s executive director, had an idea for a meandering path—a kind of line drawing on Penland’s most visible and public field.

“It’s not like we sent an artist out there with a plan,” she recalls. “The guy who mowed at the time was told go out, have fun, make a path.” Like the most crackerjack ideas, this one cost next to nothing and became a recurring signature in the Penland’ summer landscape.

For the past five years, Terry Boone has been the artist behind the paths. Like many unsung masters, he knows how to shut down a compliment. “I just start driving and let [the mower] go,” he says about his process.

“It’s different every year—crazy-crooked—but I’ll be around today if you want to talk more,” says Terry jovially before hanging up the phone.

Terry also mows lines to mark the part of the field used for septic, facilities director Dave Sommer explains. “And the path over the knoll has to be offset each year,” Dave adds, “so we don’t get a worn path.”

No worn or set paths, lines fresh and familiar, straight and spiraling–it all harmonizes with a salient point in the Penland master plan, written by architect and planner Abie Harris. In a list of guiding principles for Penland’s grounds and facilities, he wrote:

The Penland campus has grown in an organic fashion. Excessive order could be detrimental to the feeling of the place; planning should assume and tolerate a certain amount of creative chaos. 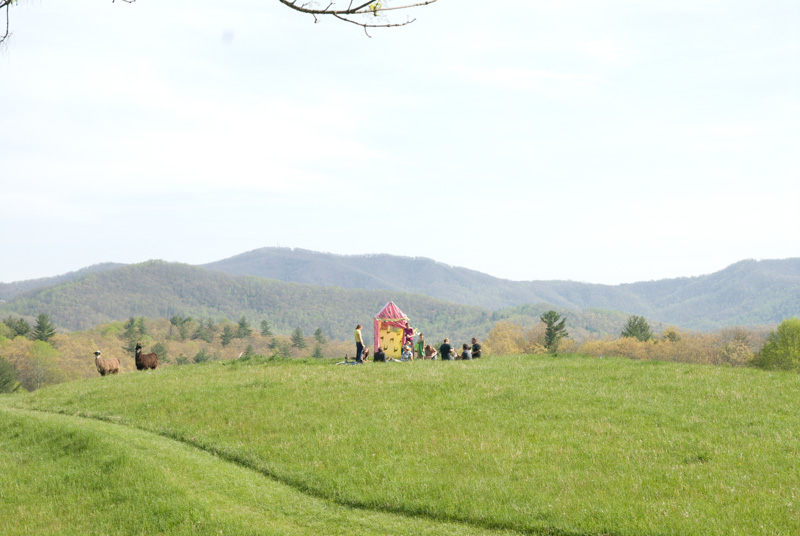 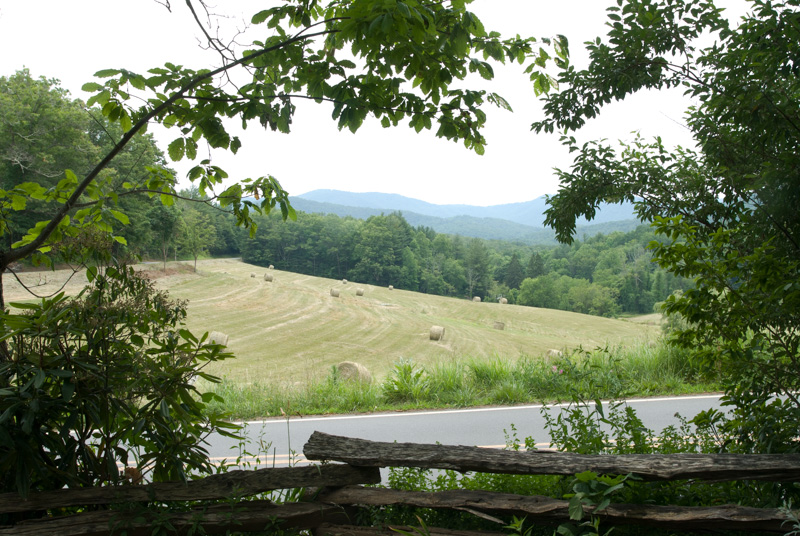