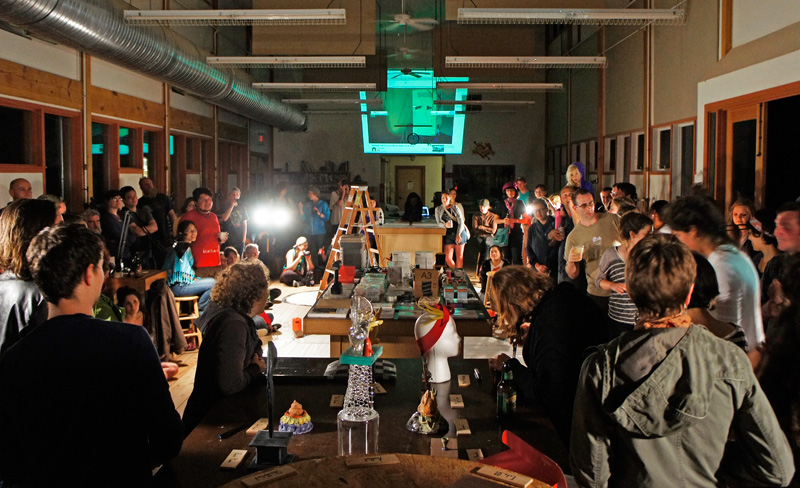 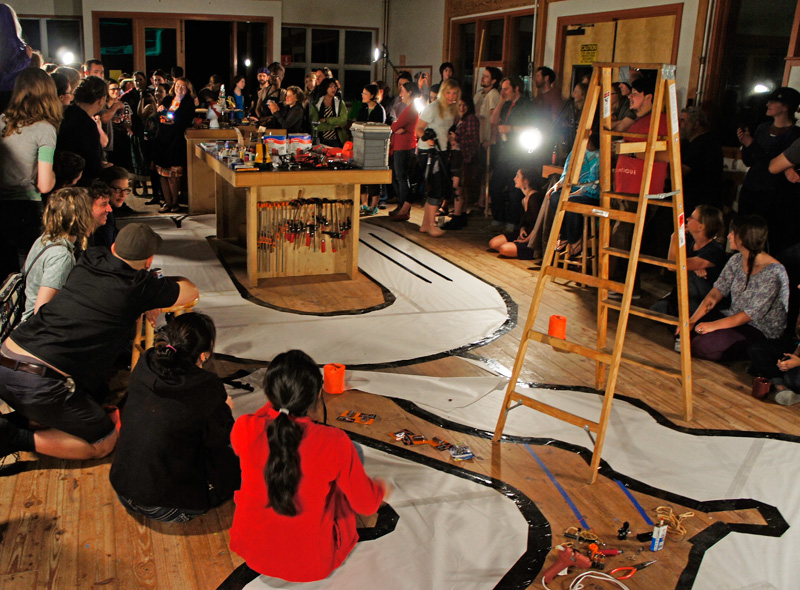 The cars were driven by battery-powered motors and steered themselves with infrared sensors and Arduino computer microcontrollers, programmed to avoid the black tape lines on the track. 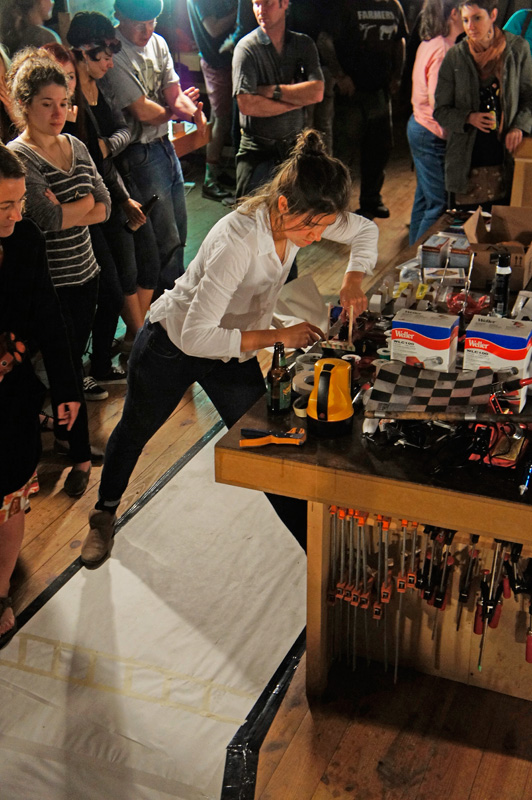 Dirt or debris on the track could have been disastrously misinterpreted by the cars, so a lot of effort went into not stepping on the clean white paper. 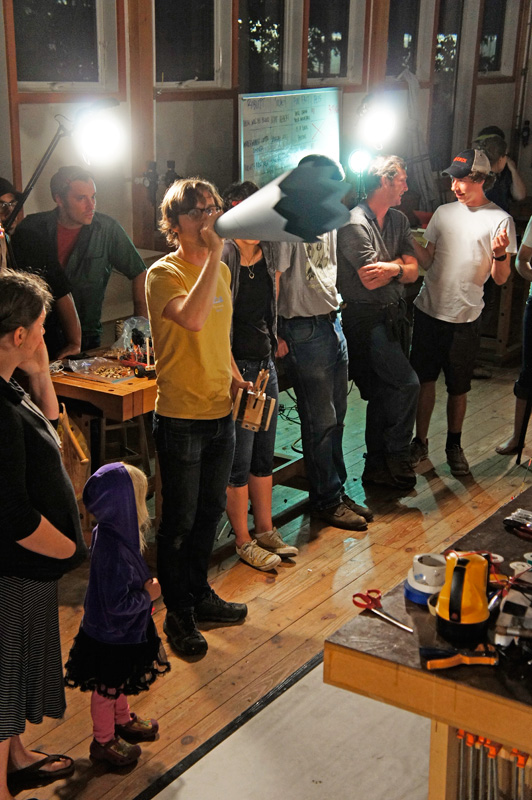 After half an hour or so of drinks, demonstrations, and de-lovely dilly-dallies, the competition got underway. Instructor Matthew Hebert MC’d the race, complete with paper bullhorn, which came in handy since the event was well-attended and a little rowdy. 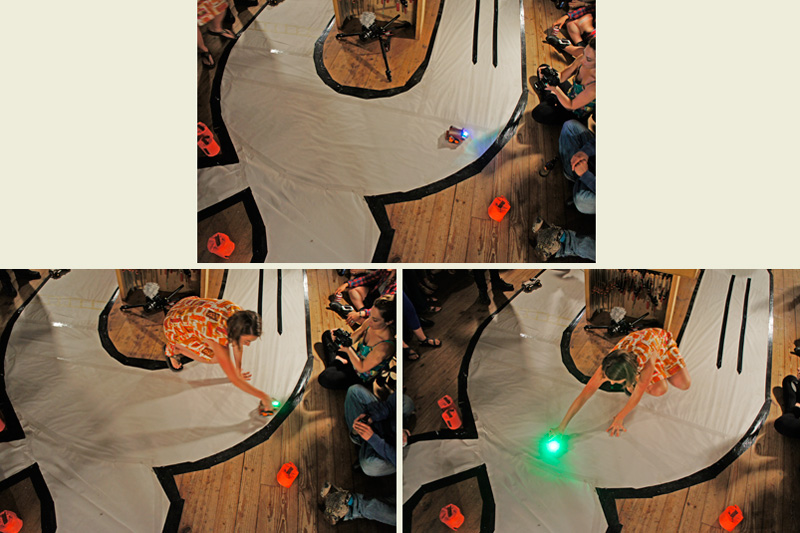 Despite rules to the contrary, there was some helpful interference by the cars’ designers… 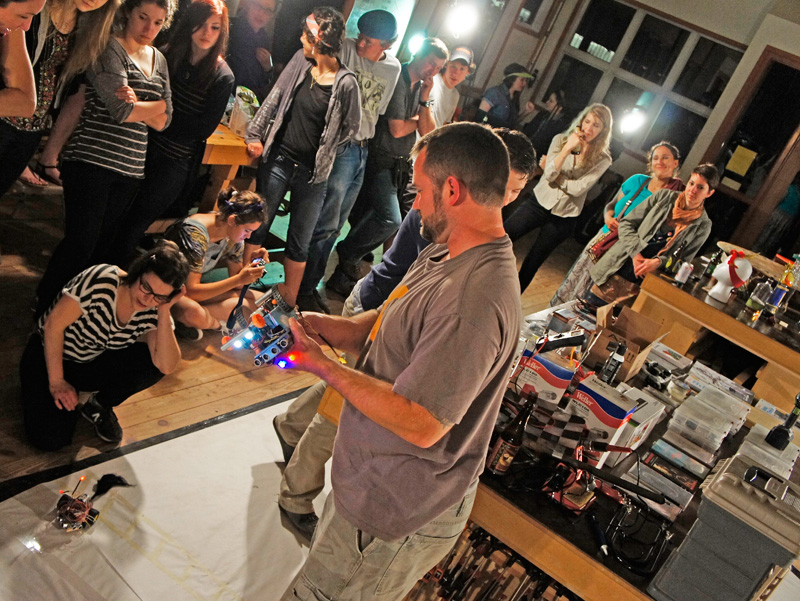 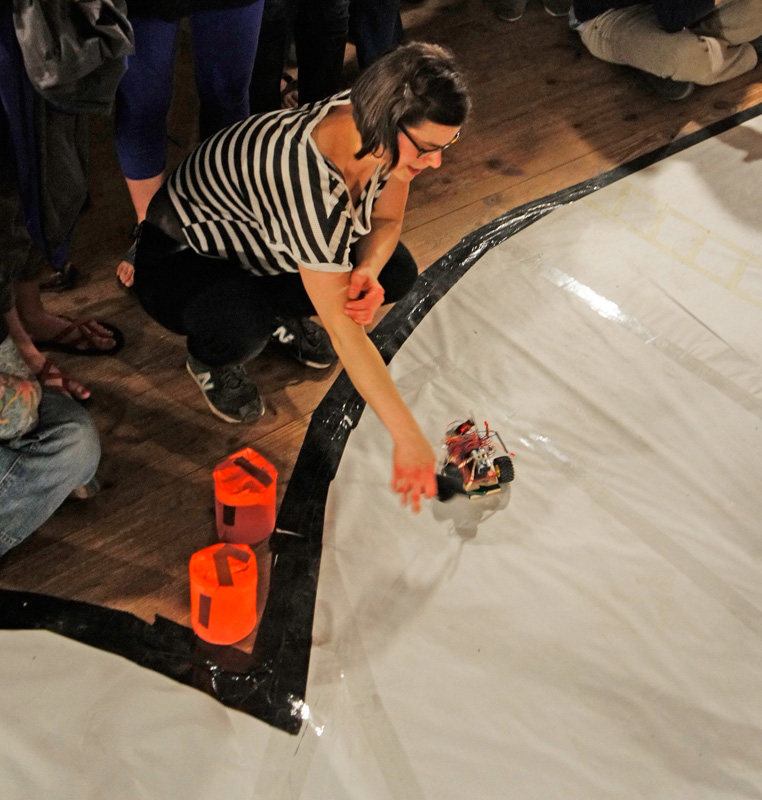 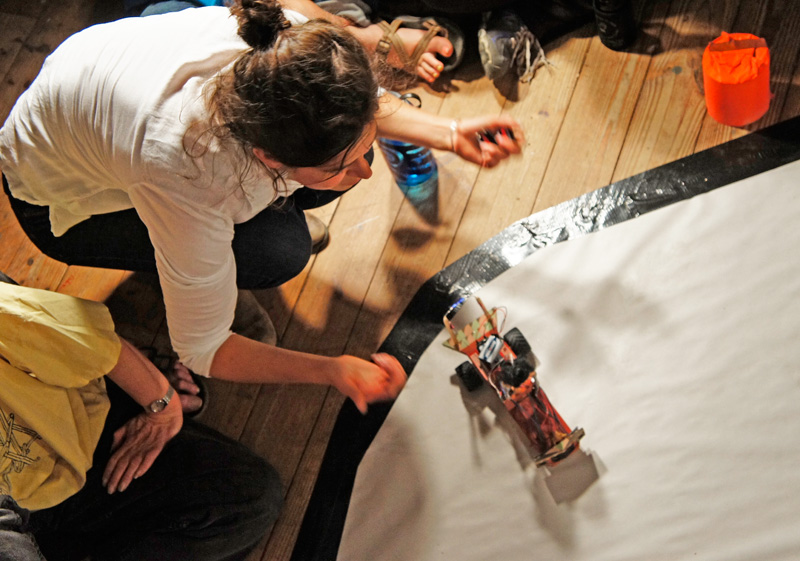 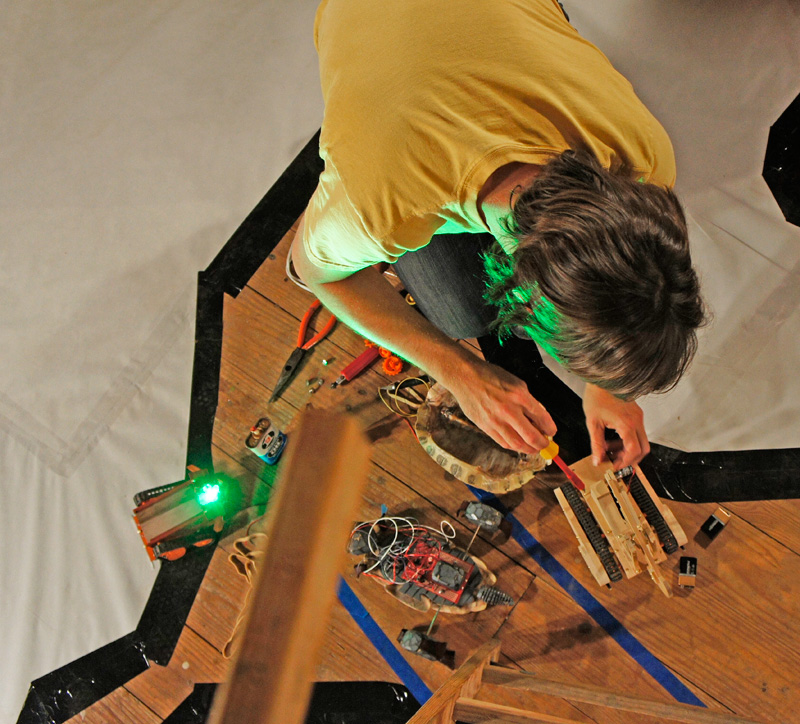 …including the instructor, who appears to have actually rebuilt his car at one point during the competition. 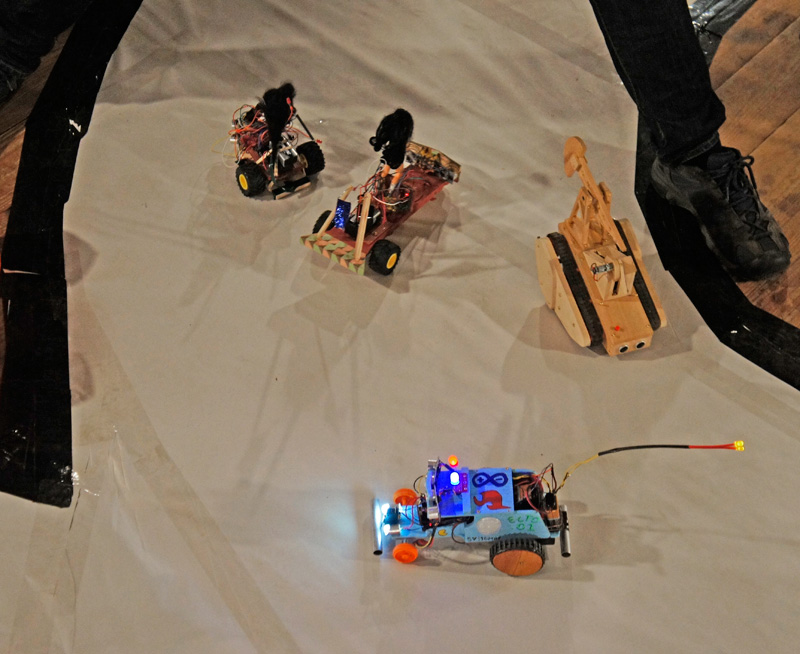 With a bunch of self-directing robot cars competing on a fairly small track, the occasional bottleneck seemed inevitable… 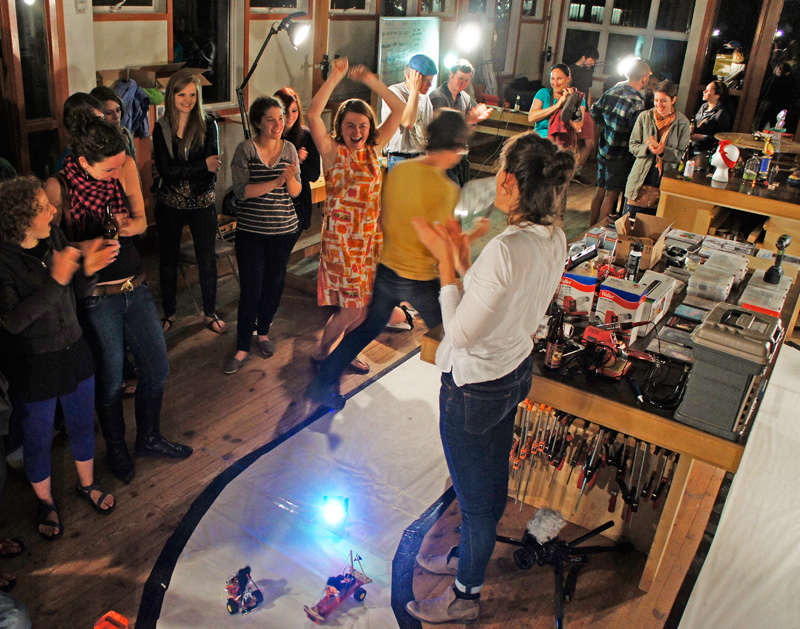 ..but eventually a robot racer crossed the finish line and a winner was declared. Despite the presence of hatmaking students in the crowd, the feel of the event was a bit more Preakness than Kentucky Derby. A delightful time was had by all; truly Penland summer at its finest. And lest we forget, happy birthday, Matt’s mom!