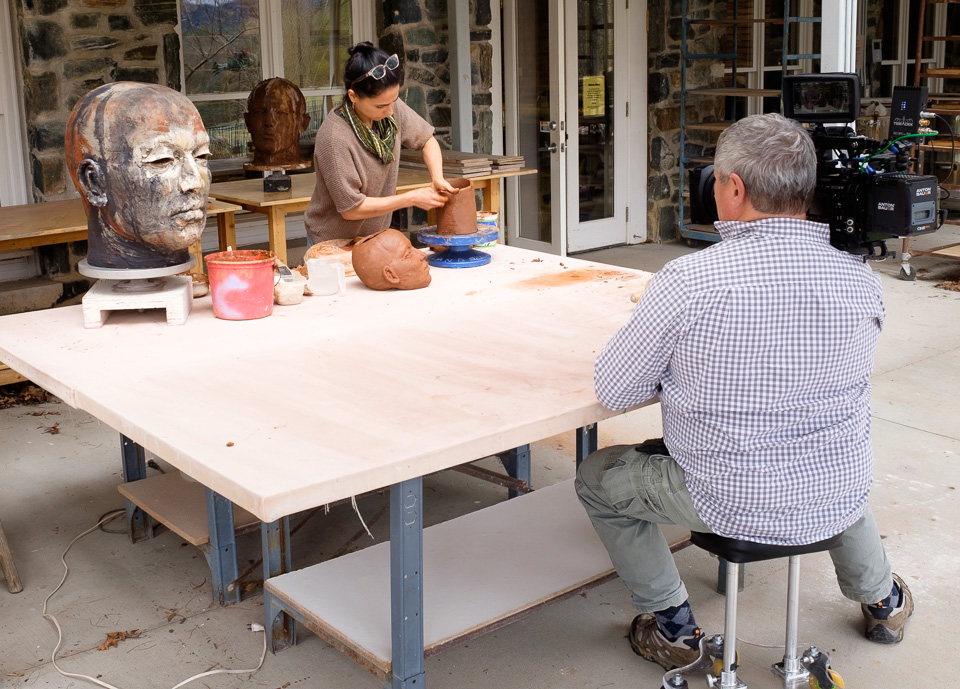 Last week, while we had visiting artists Cristina Córdova and Jaime Suárez working here on campus, we also had some other special guests: a film crew from the PBS documentary series Craft in America! The team was here to get footage of Cristina and Jaime for an upcoming episode themed around identity. This week, they all traveled to Puerto Rico to do more filming in the place that Cristina and Jaime call home.

We’ll share the episode when it premieres, because you may recognize a place or two in it! In the meantime, you can watch the “Community” episode of Craft in America, which also features scenes shot here at Penland.