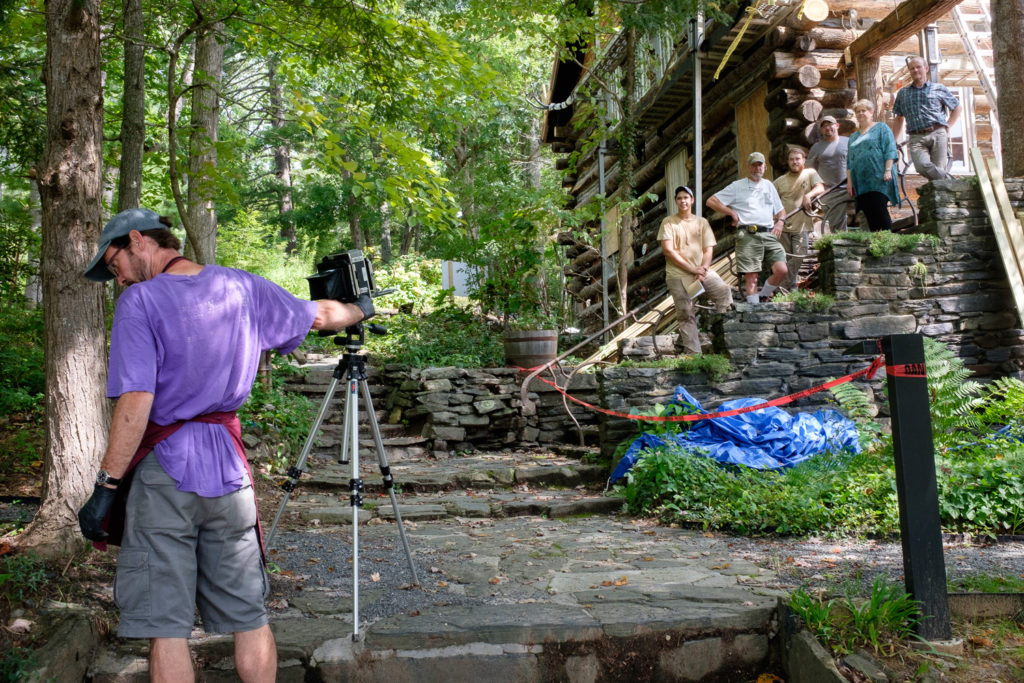 Penland’s director of facilities and grounds, Dave Sommer, preparing to expose a glass-plate negative of the folks who have been working on the Craft House restoration. While he was putting in an incredible amount of work getting the new photo and papermaking studios ready for classes this summer, Dave decided he should to take a workshop in one of those studios. So he signed up for a photo class with perennial Penland instructor Dan Estabrook. He had some fun. 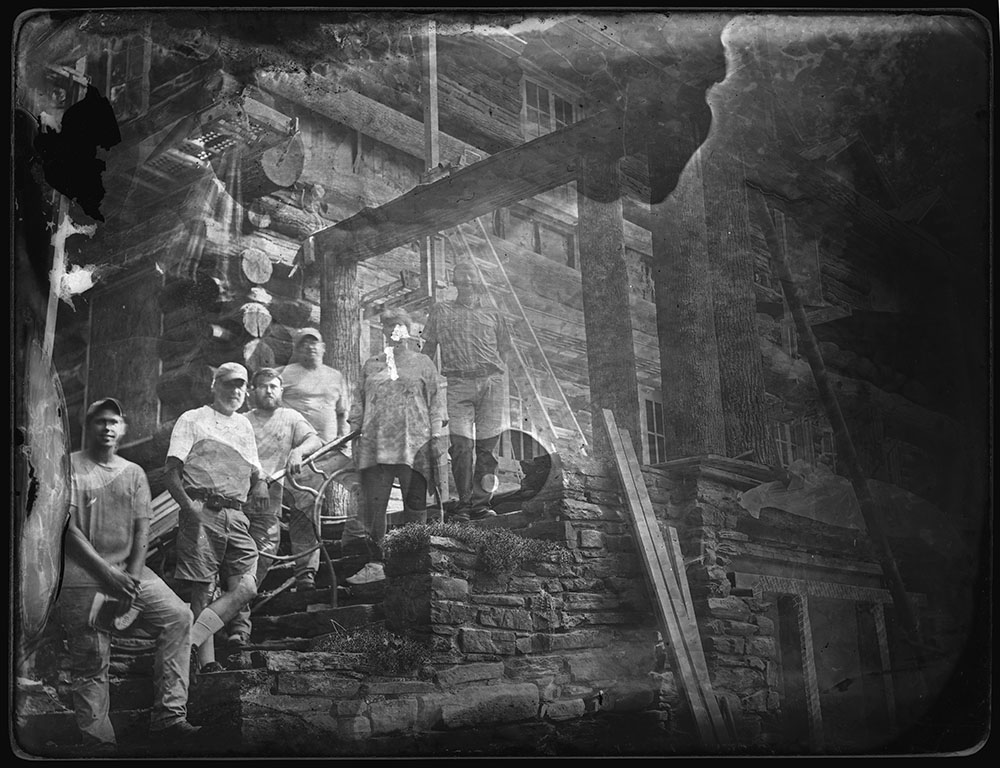 Here’s a scan made from Dave’s negative. The process involves a negative that is hand coated and has to be exposed before it’s completely dry. It also means exposure times that are measured in multiple seconds rather than fractions of a second. This one had a few problems, but creates a striking impression nonetheless. 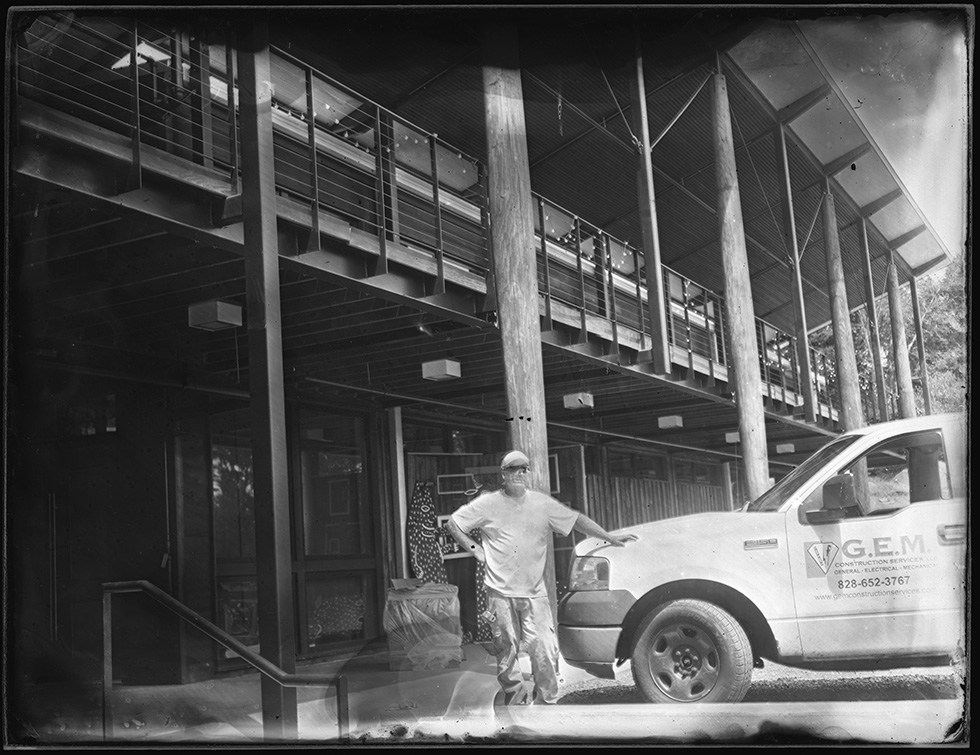 Here’s a scan from another negative Dave did–a portrait of one of the guys who has been finishing up the Northlight building (which is the setting for this picture). 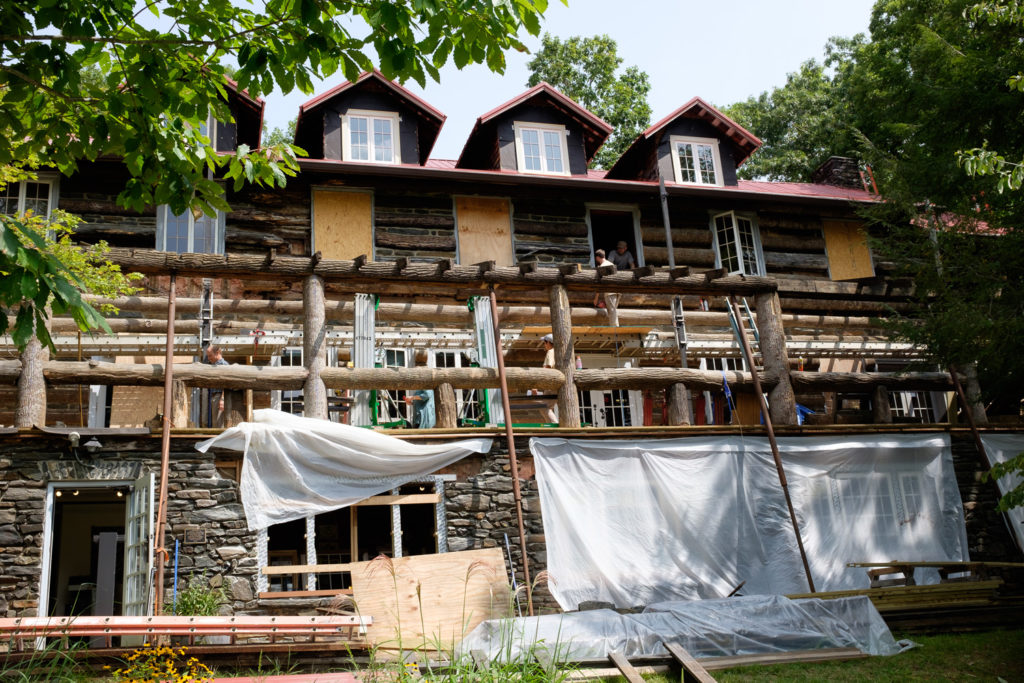 And speaking of the Craft House, here’s a little progress report. They are rebuilding on the porch now. A porch, we should add, that Our State Magazine said was one of the greatest porches in North Carolina.