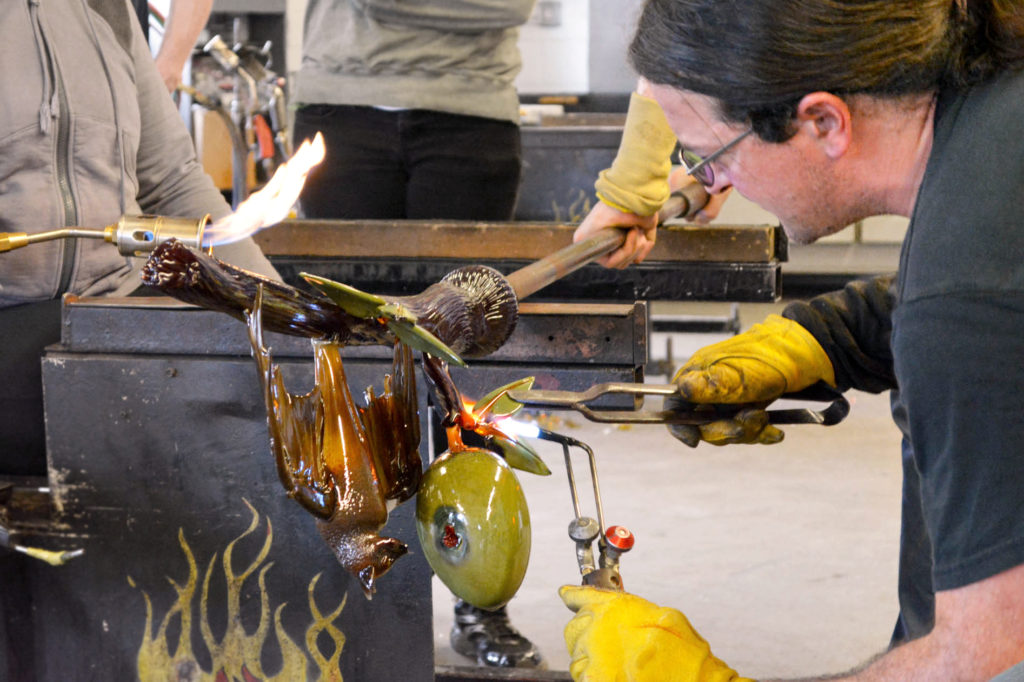 The Penland glass studio has seen decades of impressive work coming off its benches, but we’re pretty sure it had never seen a sculpture quite like the one instructor Raven Skyriver demoed this Wednesday. The piece, described by Raven as “bat on a branch munching mango,” was a breathtaking example of what glass is capable of in highly skilled hands. 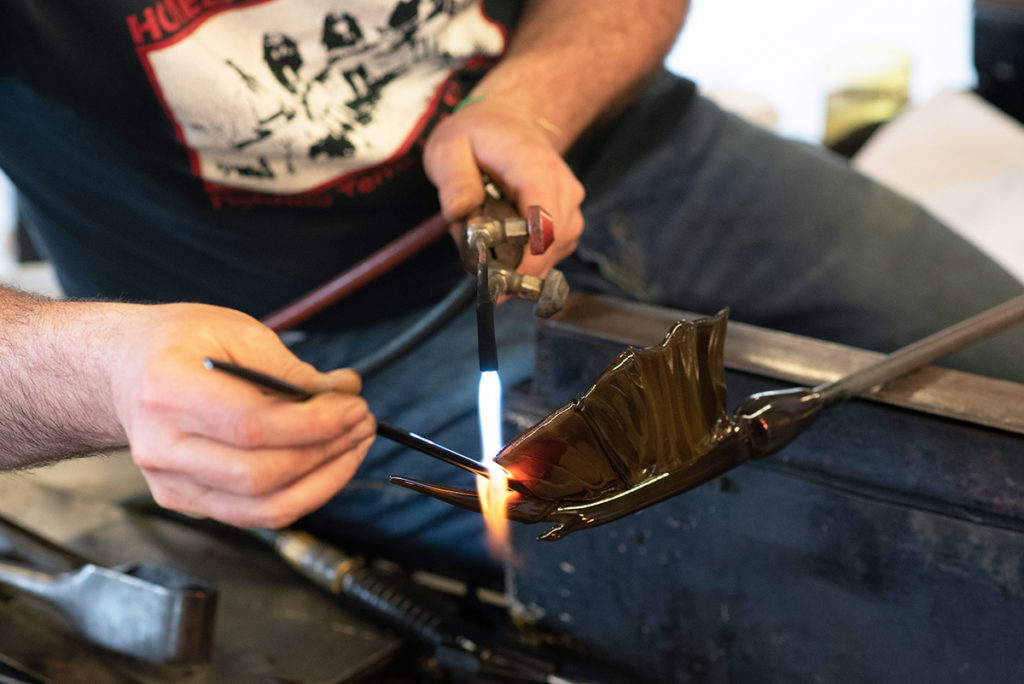 The sculpture came together piece by piece over the course of the morning. Raven crafted each element separately—the leaves on the tree, the mango, the bat’s body, the two wings—and each of those pieces were built up from even smaller ones. To make the wings, for example, Raven added a small blob of hot glass onto a curved and colored spine, stretched and flattened it into the thin membrane of the wings, and then added a darker rib with a carefully controlled piece of cane. He repeated this process across the spine of the wing—membrane, rib, membrane, rib—until he had created a ruffling and expressive thing that had all the veining and texture you might find on a real bat. 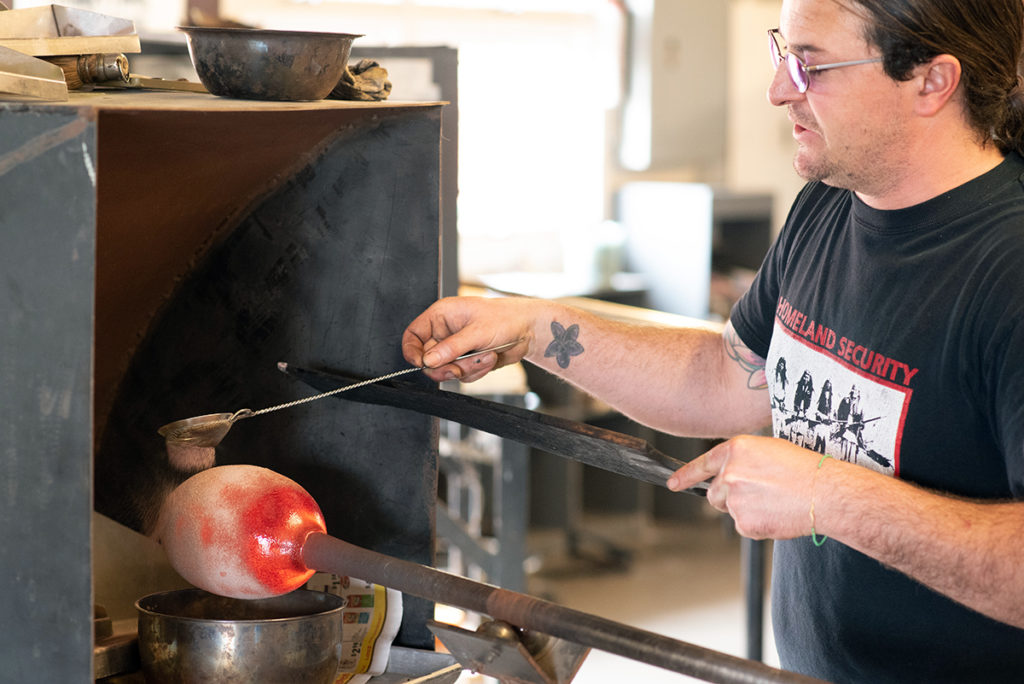 The final piece of the sculpture was the branch itself. It started out much like a large blown vase or bowl might, a big egg of glass with a bubble inside. But over the course of the next few heats, it quickly morphed into something else entirely. Raven first added color with a generous sprinkling of frit, then rolled it over a textured plate to create the ridges of the bark, and then wrestled it into an elongated and twisting thing that might have blown down from any tree in a winter storm. 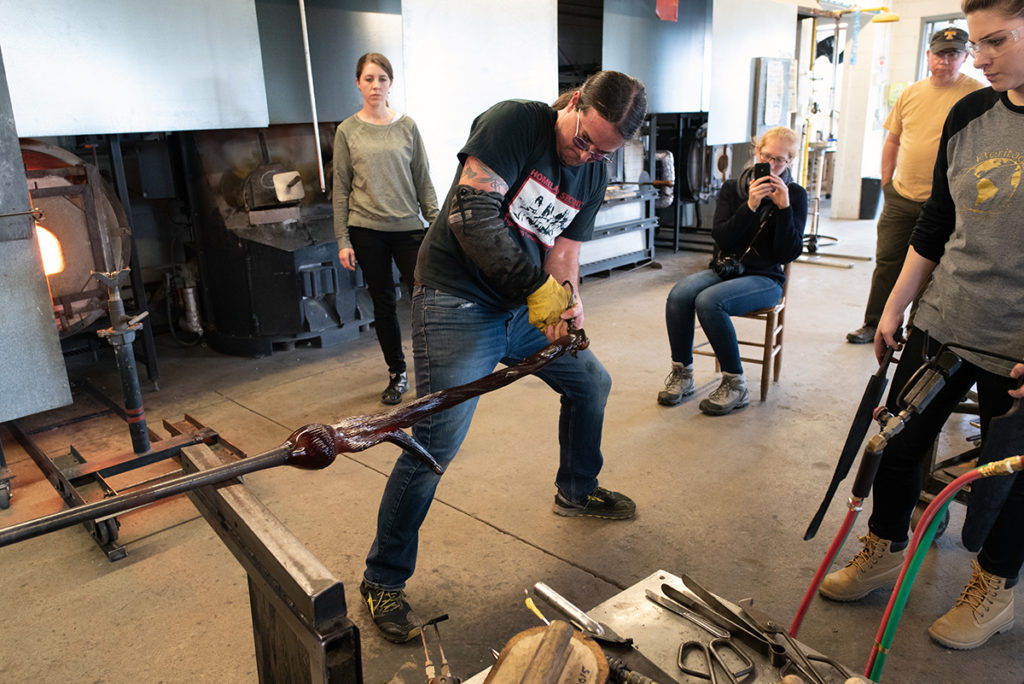 The real excitement began next as Raven started assembling the many separate pieces together. Or, more specifically, Raven and his team started assembling them, as this stage required many hands—someone at the bench to rotate the piece, someone to keep it hot with the torch, someone to retrieve each leaf and wing from the garage, someone else to operate the doors of the glory hole. It was a sophisticated choreography of movement and timing and communication which remained, somehow, untouched by the mounting tension in the assembled crowd of onlookers. 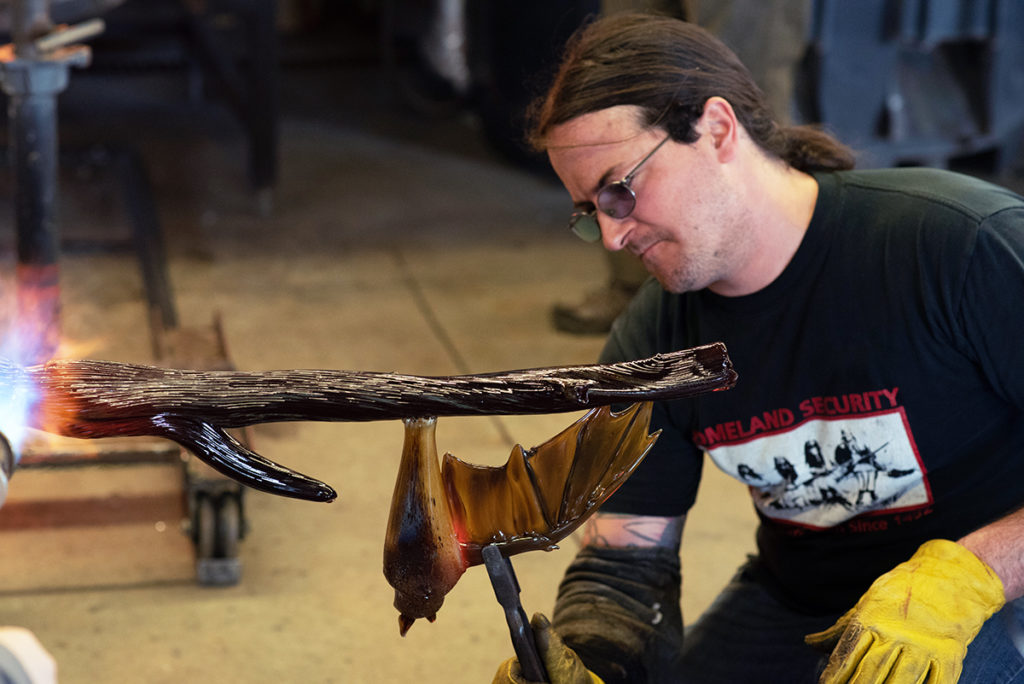 The bat’s body came first, followed by one wing and then another and then the mango with its little bite mark, which seemed almost miraculously to line up right at the level of the bat’s mouth. It was clear as Raven worked that he had an image in his mind, but it was loose enough that he was also composing as he went—a leaf here, a leaf there, an extra little twist to this branch, and a leaf or two left in the garage at the end. 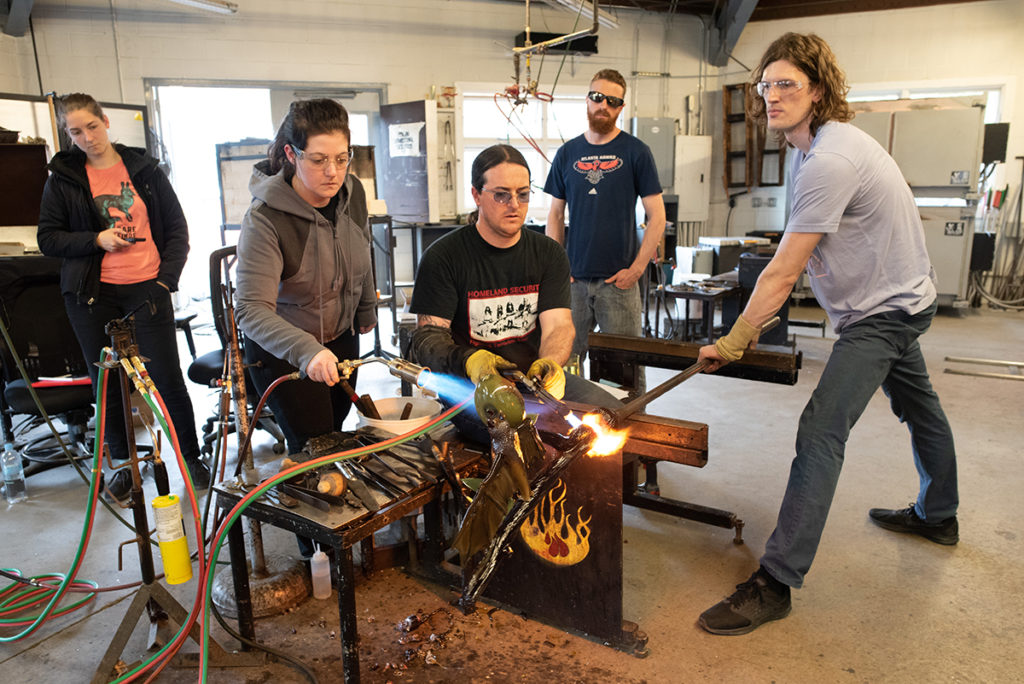 The final crescendo came after hours of focused work when the piece was ready to come off the pipe. While all of us watched without breathing, Raven and his assistants Emily Lamb and Jack Gramann heated the base of the sculpture, flipped the entire thing vertically, and cut it off the pipe into Emily’s waiting (and well insulated) hands. She carried the whole beautiful piece over to the annealer, gently set it inside, and closed the lid before the room erupted with applause. 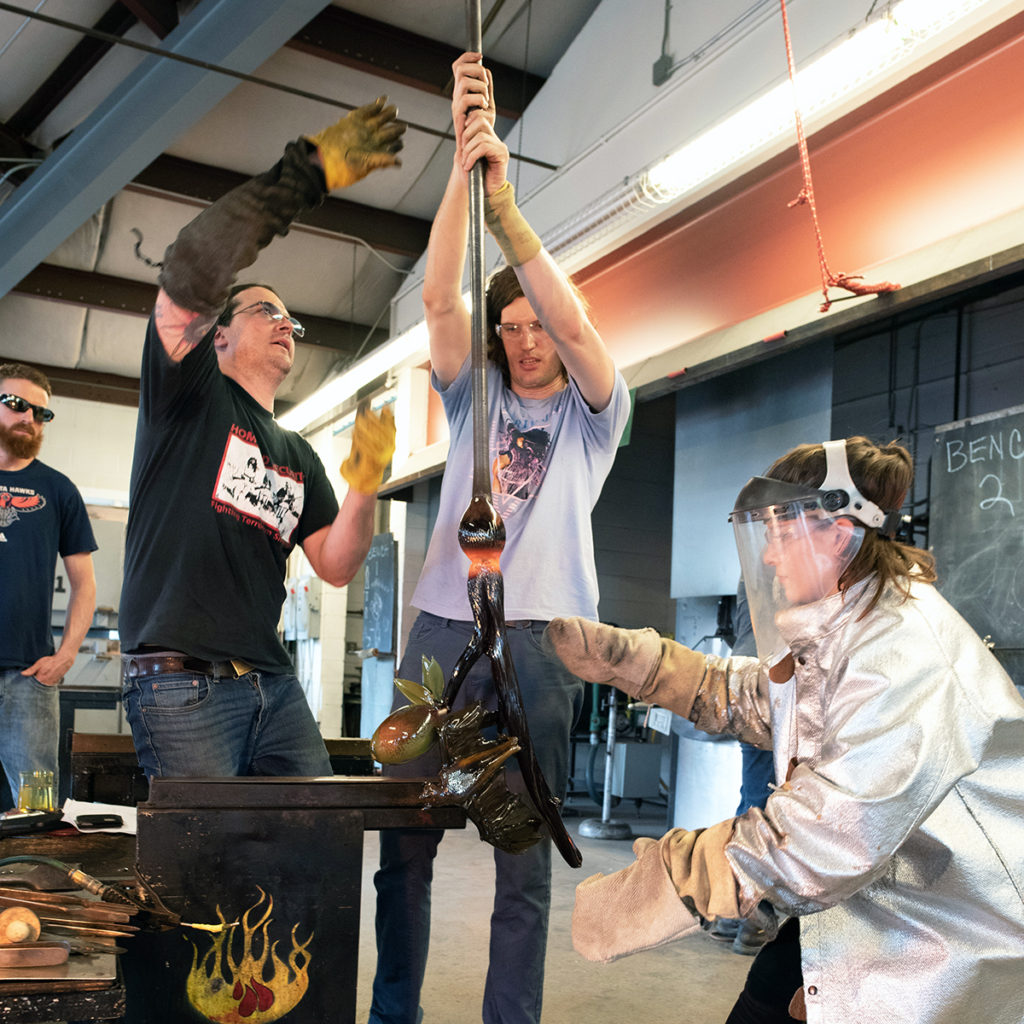