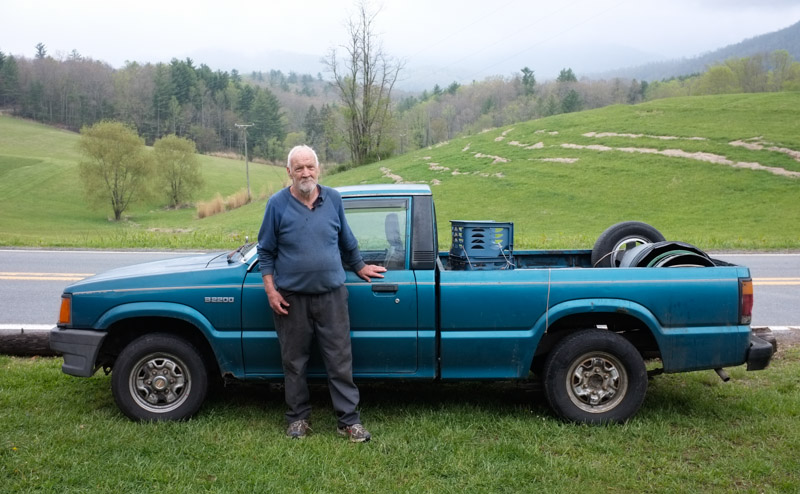 This man, known to everyone at Penland simply as Grover, has, for more than a decade, made the rounds of the campus in this truck three times a week collecting and sorting all of the school’s recyclables–bottles, cans, paper, cardboard, etc.

Grover spent his early childhood in Mitchell County, not far from the school. After living most of his life other places, he finally settled just a few miles from the house he lived in as a child. In addition to his recycling job, Grover made a special place for himself at Penland by creating hundreds of remarkable pieces of artwork–from painted cardboard, milk crates, plastic flamingos, cut-up books and magazines, and other found material–which he periodically combined into elaborate installations in the Dye Shed. 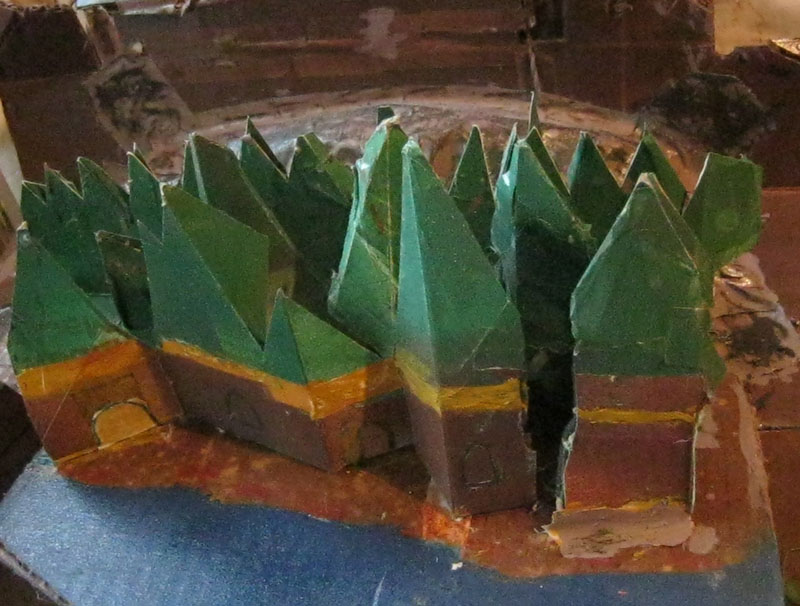 Grover is fascinated by geography and his pieces frequently incorporate arcane geographical information. For a time he nurtured an obsession with klein bottles (a kind of volumetric mobius strip) and created memorable pieces based on that form.

He also plays guitar and was the instigator of many afternoon music sessions on the Dye Shed porch. “Back in the 60s,” he explained, “I was one of a billion people who learned to play the guitar. Now there’s just a few hundred thousand of us still playing.” Grover has been a genial presence at Penland; many on staff looked forward to his weekly visits as a source of unpredictable and fascinating conversation. His highly-developed deadpan means that talking to him often involves wondering which part of what he just said was serious–maybe some of it? maybe all of it? maybe none of it? It can be hard to say. 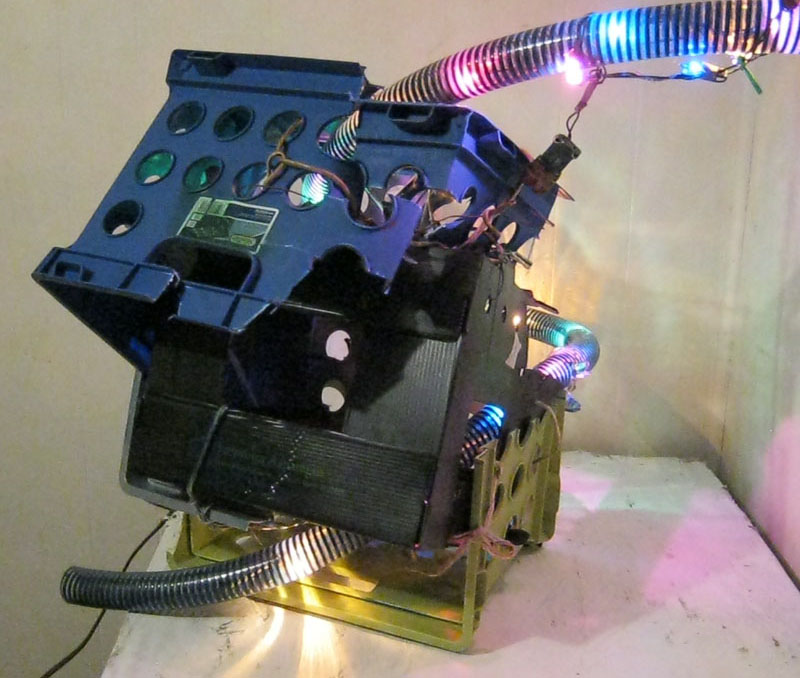 In the hope of postponing some joint replacement surgery, Grover has finally decided to give up his Penland job. The recycling has been entrusted to our long-term neighbor Alan Tinney, but we know that we have not said goodbye to Grover. We’ll look forward to his visits and his next art installation.
-Robin Dreyer 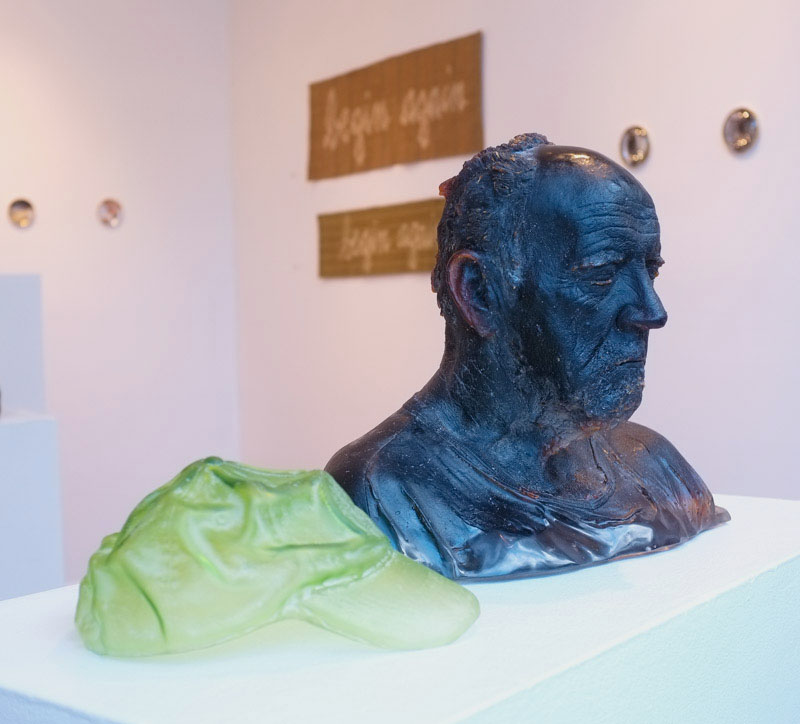