A few weeks ago, students in Penland’s spring session had a special meal that included lentils, chick peas, and other dishes cooked using methods reconstructed through artifacts from the late Minoan civilization of 1200 – 1500 B.C.E. The dishes were cooked over glowing coals in earthenware pots made by students in Cynthia Bringle’s spring workshop. The project was led by Jerolyn Morrison, who was a guest teacher for two weeks.

Jerolyn’s history with Penland goes back to 1996, when she came as a student just after finishing her B.A. in ceramics at Baylor University. She spent most of the next four years at the school, serving variously as studio assistant, coffee house manager, breakfast cook, and volunteer coordinator for the auction. During this time, she says, she became interested in the “life of the object.” This interest led her to a Masters in anthropology, a Fulbright for study in Greece, and, most recently, a Ph.D in archeology from the University of Leicester in England.

The teaching and cooking she did this spring at Penland were based on her Ph.D. project, which involved reproducing both Minoan cookpots and cooking. Drawing on 100 years of archeology, she began reproducing the cookpots using the local clay in Crete. Then, working from studies of charred food remains, burnt seeds, and residue extracted from 3,000-year-old pots, she assembled what she refers to as the Minoan grocery list. “The clay, the pots, the wood that was burned, the food that was being cooked: once you have this,” she said, “then it’s interpretive.” Which is to say, there’s no way to know exactly how Minoan food tasted. She also had to learn, through experimentation, how to cook in the three-legged earthenware pots. Present day residents of Crete, she explained, still cook on open fires, but they have forgotten how to cook in ceramic pots.

Having completed her Ph.D., Jerolyn continues to live part of the year in Crete where she runs a business called Minoan Tastes that caters special events using the pots, techniques, and recipes she developed through this work. A cookbook is in process. “It mixes anthropology and archeology in a way that’s informative rather than academic,” she said.

Her recent stint at Penland was literally a dream come true. “I had this dream, an actual dream,” she said, “ that I was doing this at Penland. So I called Cynthia Bringle to ask her if there was any way I could make this happen. She was, at that moment, planning her spring workshop and invited me to join her for a few weeks.”

“It was great,” she said. “We got to talk about archeology and pottery as we were working. The rest of the workshop was throwing and these pots are all made with handbuilding techniques, so it expanded the scope of the class that way.” 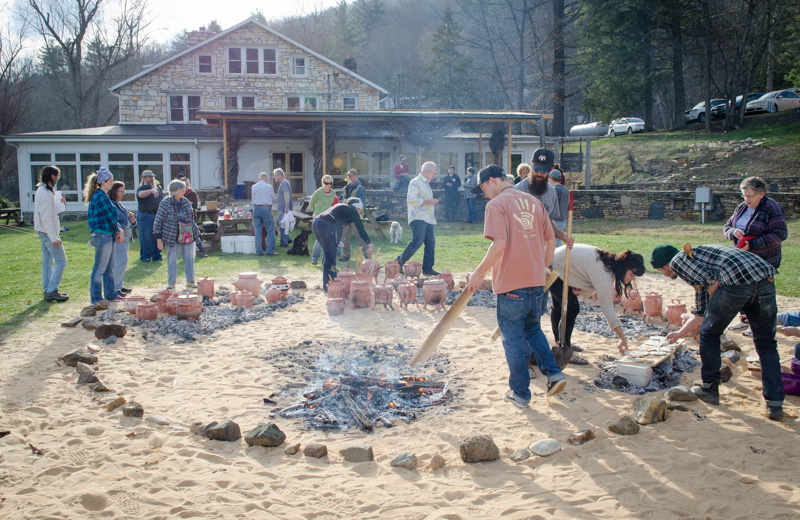 There were benefits for Jerolyn as well. She appreciated that her Penland students did not stick to reproducing traditional Minoan cookware. “They decorated the pots, which the Minoans didn’t do,” she explained. “And they had no cultural constraints about what the pots should be. It was freeing, and I’d like to work a little more like that. This was a gift they gave back to me.” 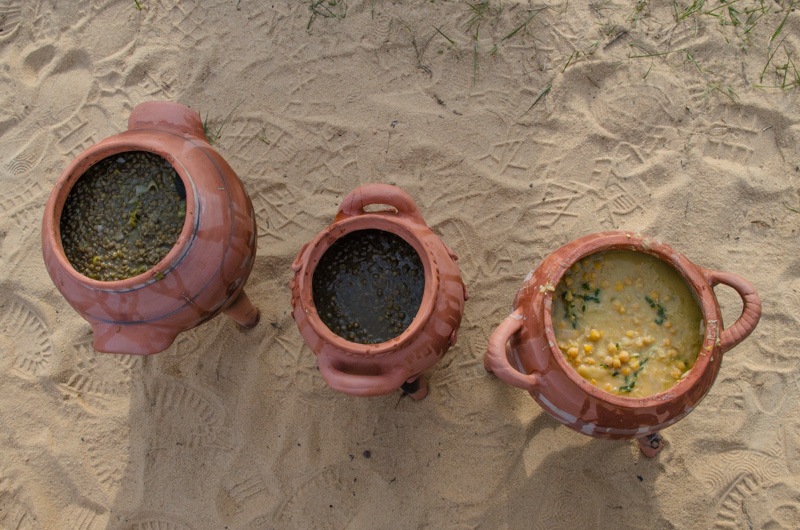 And there was consensus that the dinner was delicious.