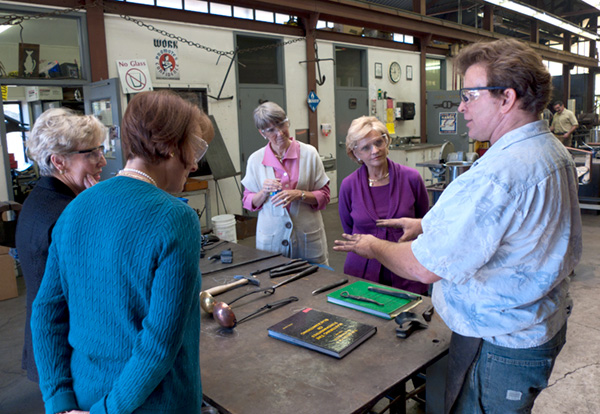 North Carolina’s governor, Beverly Purdue, stopped by on Monday with a few friends. They spent a little time in the Penland Gallery and then program director Dana Moore took them on a tour of a few of our studios. In the picture above, the group is getting a little information about blacksmithing from studio assistant Gerald Boggs. 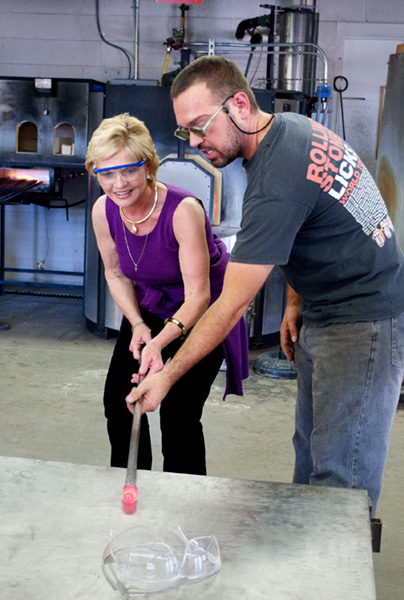 And here’s Governor Perdue getting a glassblowing lesson from our studio coordinator, Dean Allison. She called later to say they “couldn’t possibly have had a better time.” 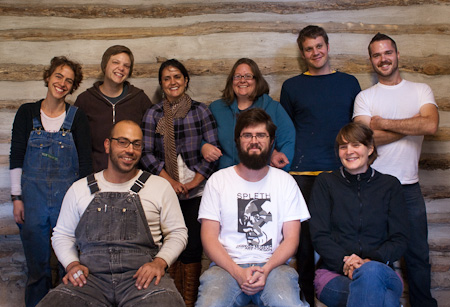 The annual exhibition of work by Penland’s fabulous core fellows just opened at the Penland Gallery. The reception is on Friday, October 8 from 7:00 – 8:30 PM. If you are in the area, don’t miss it.

The core program provides nine artists with an opportunity to live, study, and work at Penland for two years. We get amazing, gifted, fascinating, hard-working people in the program–being around them is one of the undocumented perks of working at Penland. This show has work in books, clay, drawing, glass, metals, photography, printmaking, textiles, wood and a many pieces that cross these boundaries. Just to give a few examples, the show includes a glass diving helmet, a ceramic owl with steel wings, a small wooden crane that suspends a small steel house, and a tiny brass boat sailing on a sea of metal letters. We’ll put up a slide show of work from the exhibition in a couple of weeks. 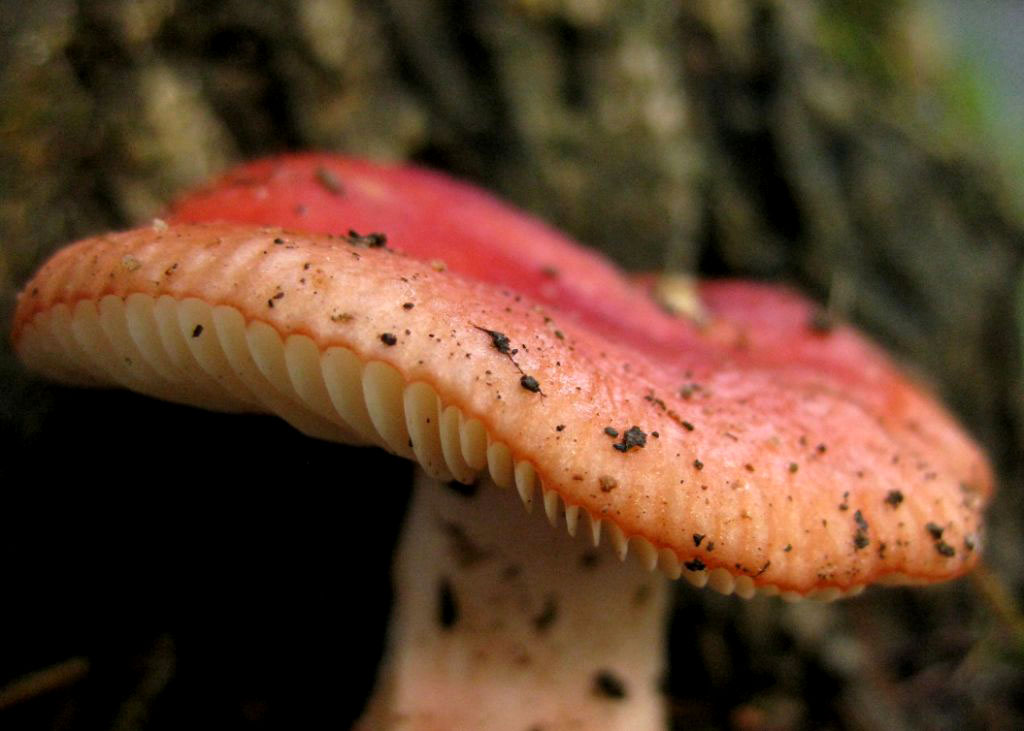 No Flash? Too bad. Here’s a link to the slightly inferior YouTube version. 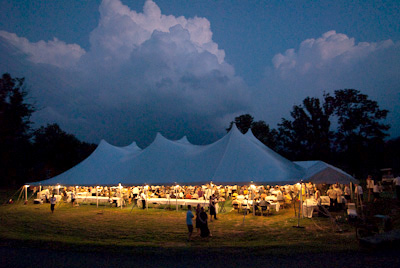 Here is a 3-minute slideshow from our Annual Benefit Auction, which took place on August 13-14. You can also navigate through the slides one at a time by using the arrows in the lower right-hand corner. If you are using a Flash-challenged device, you can also watch it on YouTube (but it doesn’t look as good).

Penland’s 25th Annual Benefit Auction was a brilliant success. Thanks to all of the artists, attendees, staff, and the 200+ volunteers who made it a great weekend and an amazingly smooth event.

We sold 223 pieces of work in the four auctions for an average of 104 percent of retail value.

We are collectively thrilled!

OK, anyone who was here will tell you that this parade actually took place on July 3, but wouldn’t it look kind of dumb to put July 3 Parade in a headline? Or maybe that’s just silly enough that it would get more attention than July 4 Parade, but we were, after all, celebrating July 4 (a day early for reasons that were not entirely clear) so this was, conceptually at least, a July 4 parade even if it didn’t take place on July 4 (the whole problem can sort of be avoided by calling it an Independence Day parade, but it also did not take place on Independence Day).

In any case, it was lots of fun with the usual homemade shenanigans (you might think the Little Rascals are in charge of this place). Click the picture to see a 3-minute slide show of the parade (with music!).

Please note: If you are using a device that does not like Flash (iPhone, iPod, iPad) then this won’t work, but you should  be able to watch it on YouTube, which doesn’t look quite as good, but should work. (We didn’t embed a YouTube player here, because then everyone would just click on that, and the other version really does look better–especially in full screen. Tradeoffs, you know.)

If you live in or near Santa Fe, New Mexico, or you are planning to attend the SOFA West exposition (sofaexpo.com), we hope you will join Allison and Ivan Barnett of Santa Fe’s Patina Gallery (patina-gallery.com) for a relaxing afternoon reception with Friends of Penland School on July 10. Meet Penland’s director, Jean McLaughlin, instructor Gail Reike, and student Cary Stickney. Gail is book/paper/mixed-media artist and Cary is a tutor at St. Johns College. They will share their stories and insights into Penland. 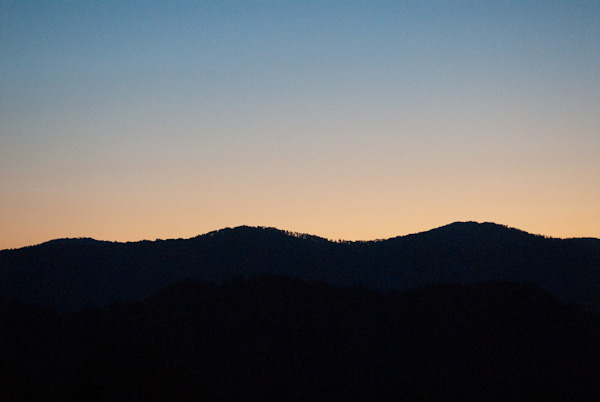