At the end of March, we posted a video of the ceremony to name the Penland clay studio in honor of Bobby Kadis. On April 6, we were notified that Bobby had died from the cancer he had been wrestling with for seven years. He was 83. Back in 2015 Penland archivist Carey Hedlund and Jasmin McFayden, the director’s assistant, spent an afternoon talking to Bobby and prepared a tribute for that year’s auction catalog. We have adapted that tribute here to honor Bobby.

“I was sort of all business and this Penland experience shook me up.”
Bobby discovered clay more than forty years ago at a Sunday in the Park festival in Goldsboro, North Carolina. “There was a guy out there on a kick wheel, throwing pots,” he remembered. “I stood there and watched for a long time and within a week my wife Claudia had signed me up for his class at the arts center.” In 1978 Bobby came to Penland as a beginner—he’d just graduated from pinch pots to the kick wheel. His first workshop here was taught by the great ceramist Robert Turner, and Bobby found himself in a position he recognized as “far away from anything that I had ever experienced.”

“Bob Turner was a philosopher. All he wanted to do was get into your head, to make sure you understood what you were making and what you should be thinking about when you do it.”
Bobby was baffled by this new experience and Turner’s teaching style, but he came to recognize and value what Turner was doing: challenging his students to see, perceive, and to care in new ways. The two men forged a friendship and shared an ongoing conversation about life and clay. Bobby said that this first Penland workshop changed his life. Over the years he studied with many of the important artists of late 20th century ceramics. He reached beyond the boundaries of his career as a commercial real estate developer and became a maker in his own right.

“Why in the world would I want to be on this board? I go up to Penland and it’s Magic Mountain and everything runs gorgeously and I have a fabulous time.”
In addition to being a student, Bobby served for sixteen years on Penland’s board of trustees, including two years as chair. He was a voice for the student experience, a friend to the staff, and deeply involved as an advisor for the school’s operations. He also co-chaired, with Cynthia Bringle, the 2001-2004 Preserve Penland Campaign, which raised $11.5 million for the school’s infrastructure, endowment, and operations.

“I’ve been a part of a lot of history with this school. I feel like I’m—amazingly—always around when something interesting happens.”
Bobby forged an extraordinary relationship with Penland and maintained a unique vantage point. He knew every director except founder Lucy Morgan, and was a friend and advisor to most of them. He was a voice of reason in difficult times. And he had fun: attending dance parties in Bill Brown’s living room, Poly Proms at Northlight, and an impromptu modern dance performance on the porch of Dora’s Place. He experienced the many charms of Penland’s housing–over the years, he slept in almost every building–and, before the whole clay studio was named for him, he was honored with the Bobby Kadis Slop Bucket.

Bobby Kadis had a generosity of spirit accompanied by enthusiasm, clarity, modesty, and ambitious determination. His generosity, expertise, and advocacy touched scores of people–locally, regionally, and nationally. He made countless friends and colleagues while championing the arts with an energy and passion few individuals could muster.

Hello World: we posted this earlier and the e-mail version didn’t work right. We have reformatted, so if you are seeing this in e-mail, it should be better this time. We hope. 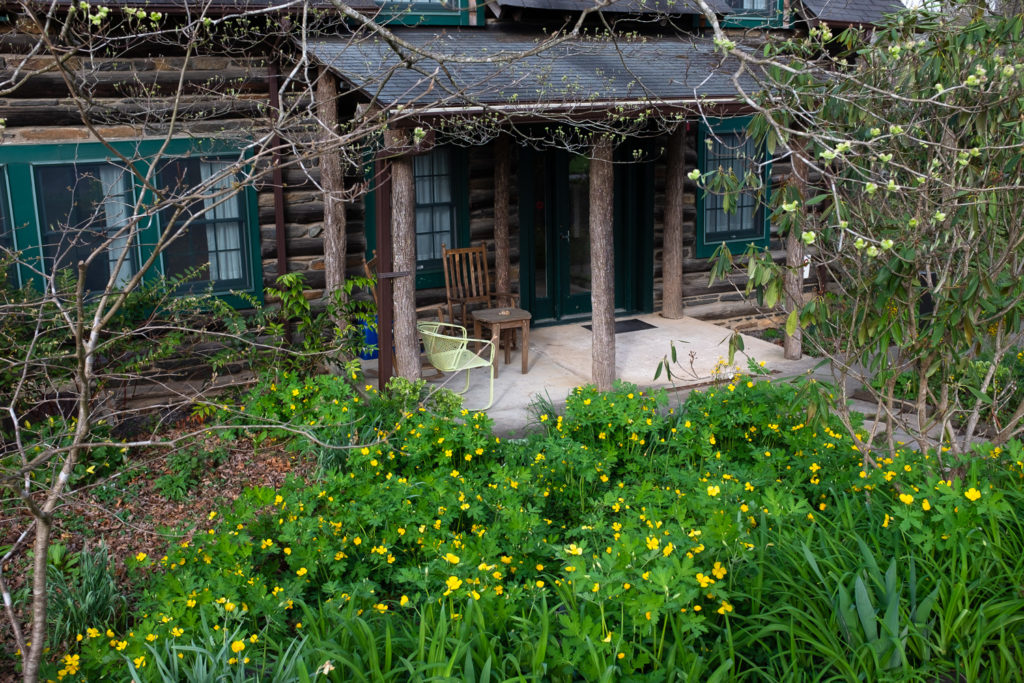 We confess that we’ve let some weeks go by since the last Photo of the Week. It’s been a weird time. The studios are closed down, people are working from home, the campus is almost deserted. Nevertheless, spring continues unabated, and there are things to see. Here’s a little selection from a recent walk-through. 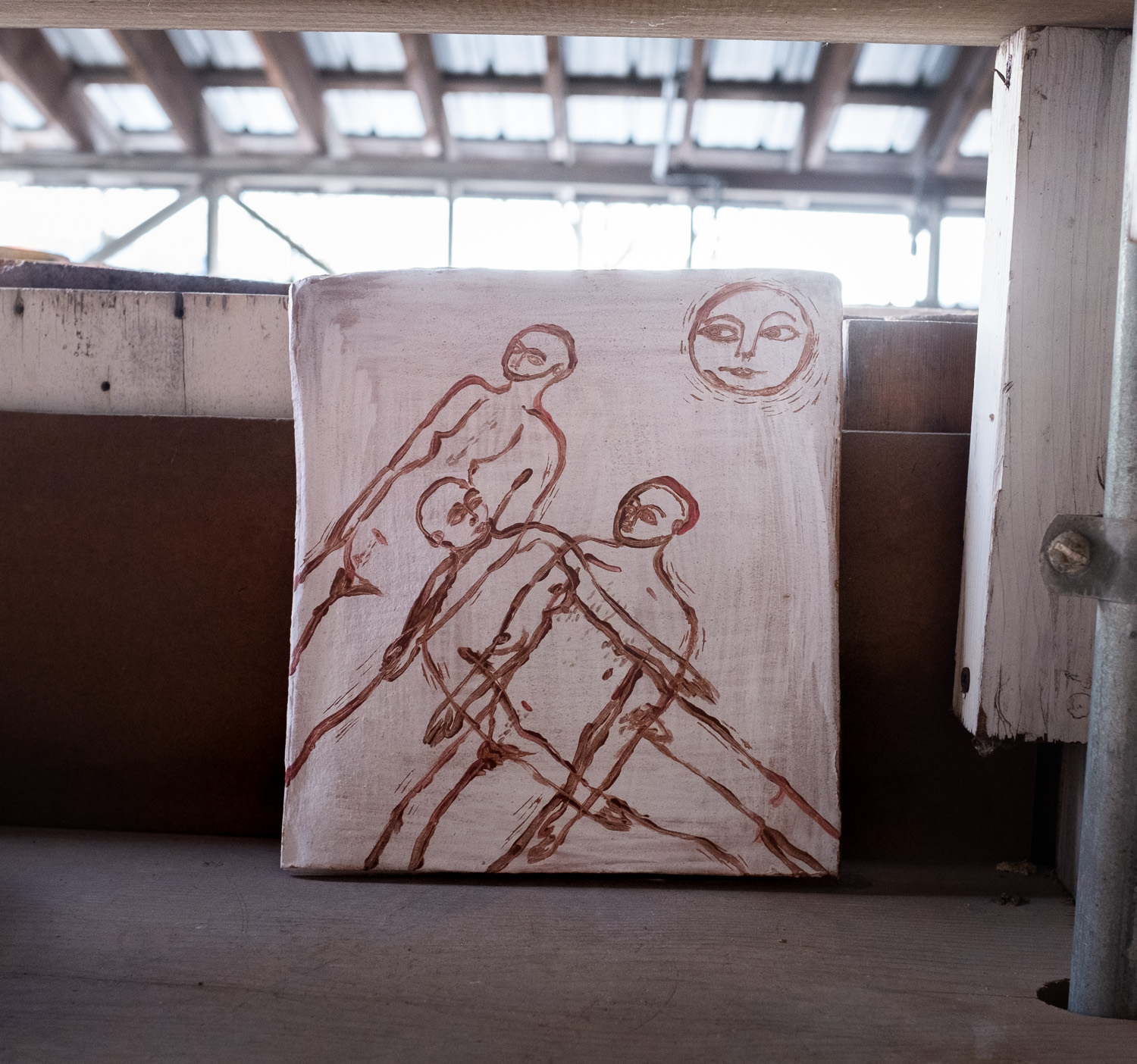 Here’s a bit of art, almost hidden on a shelf in the clay studio kiln shed. 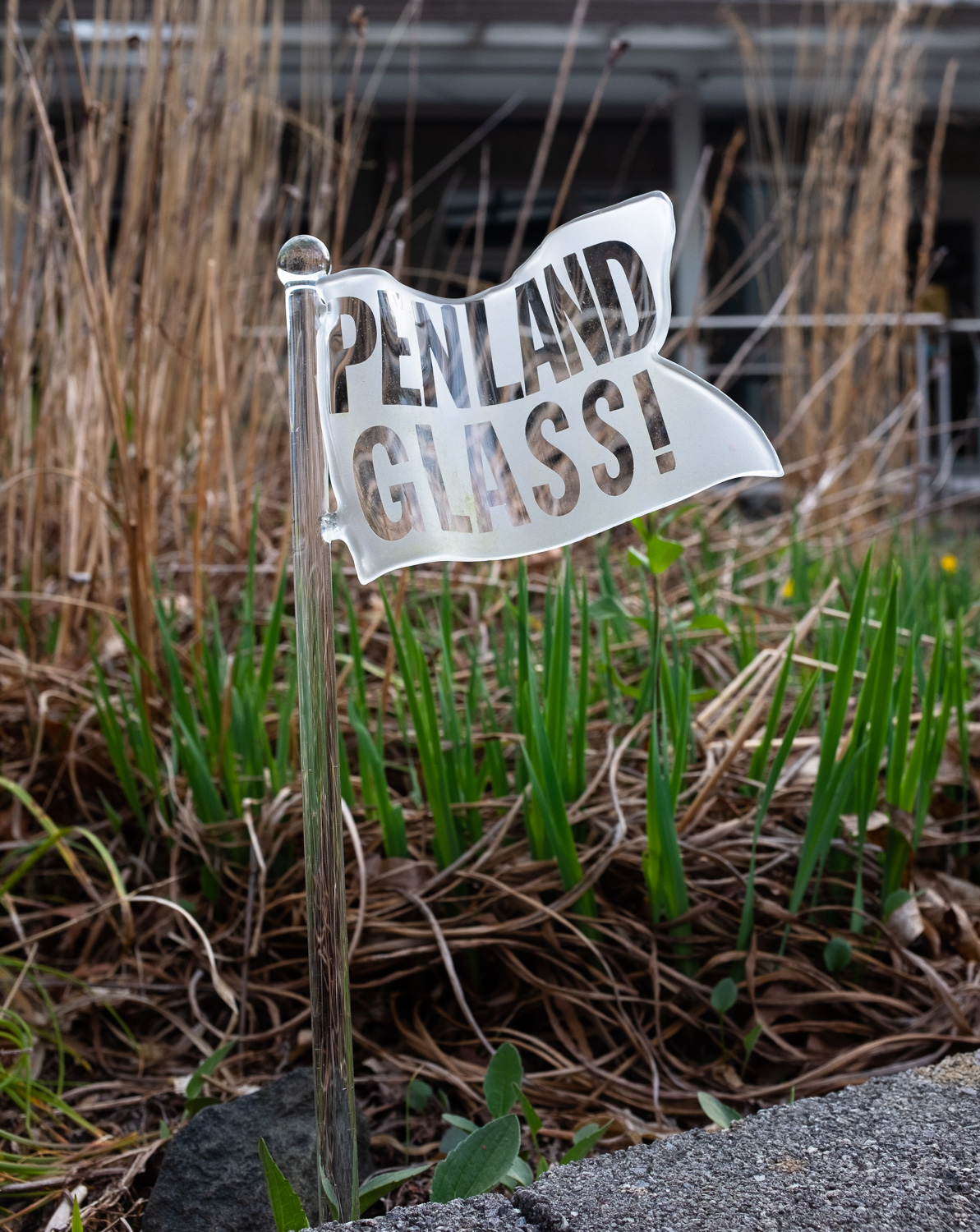 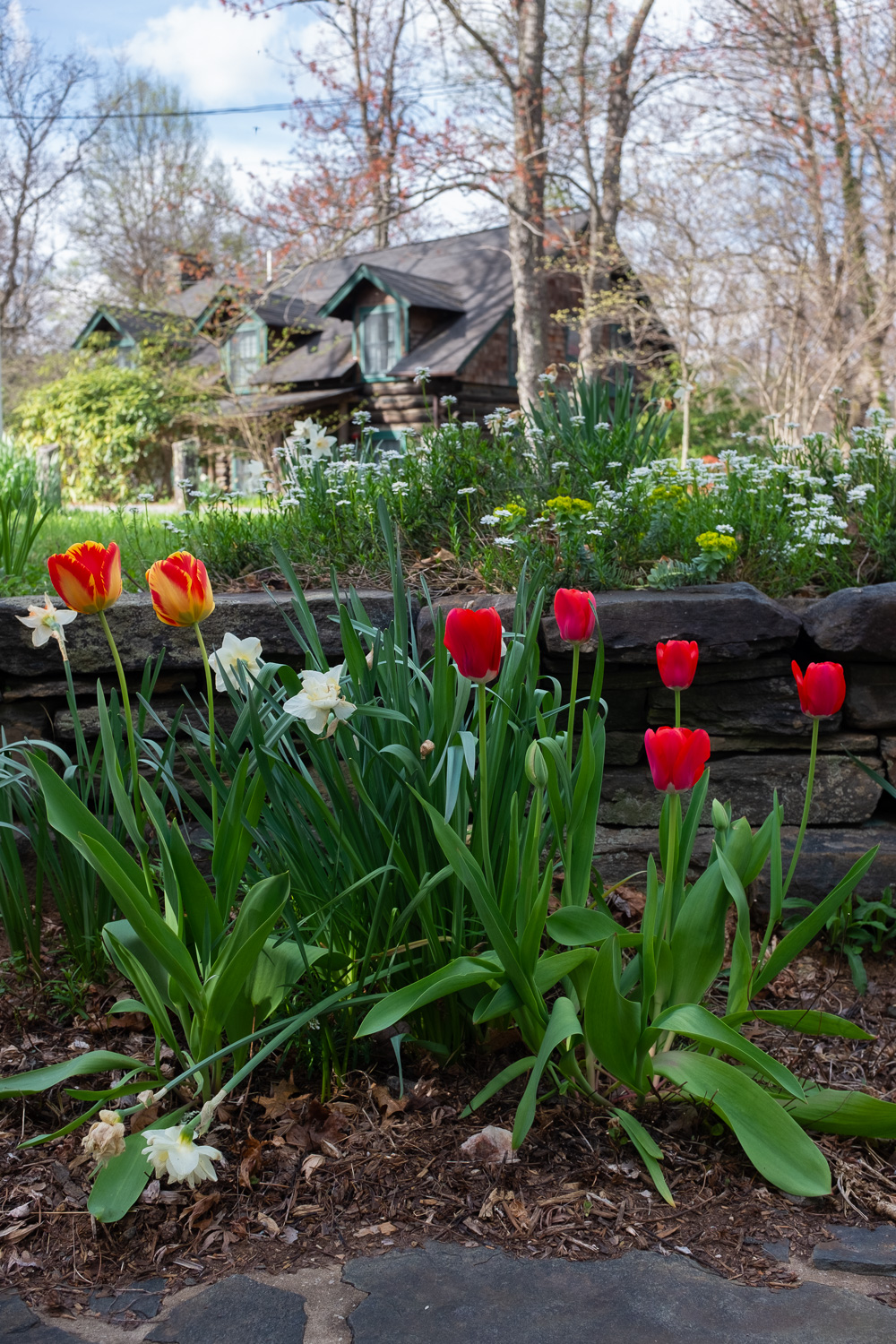 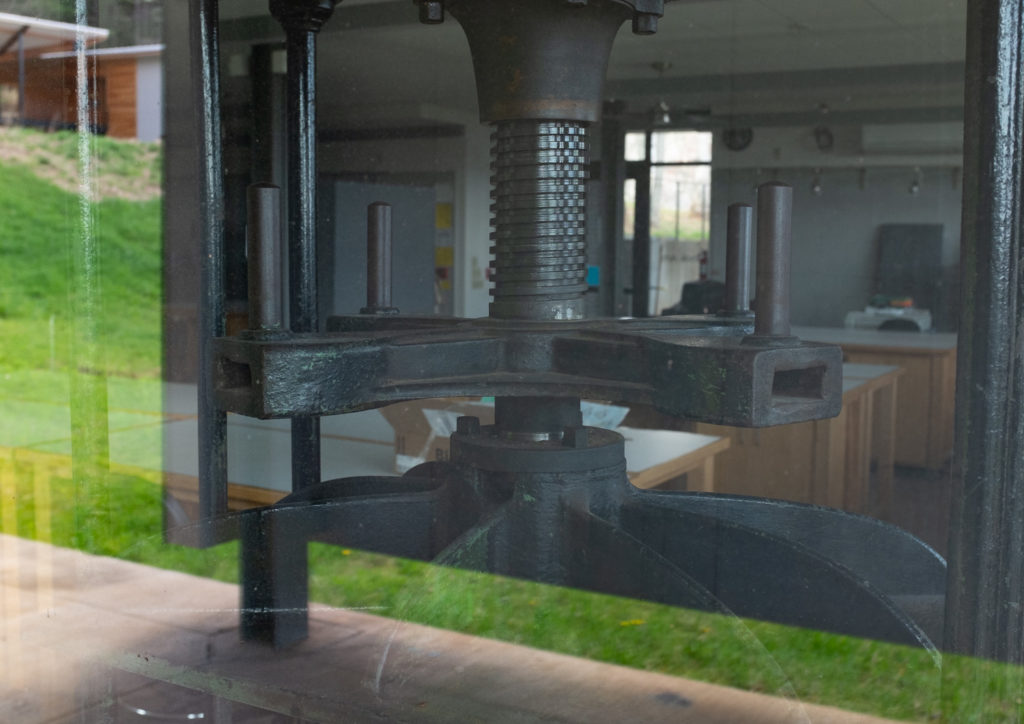 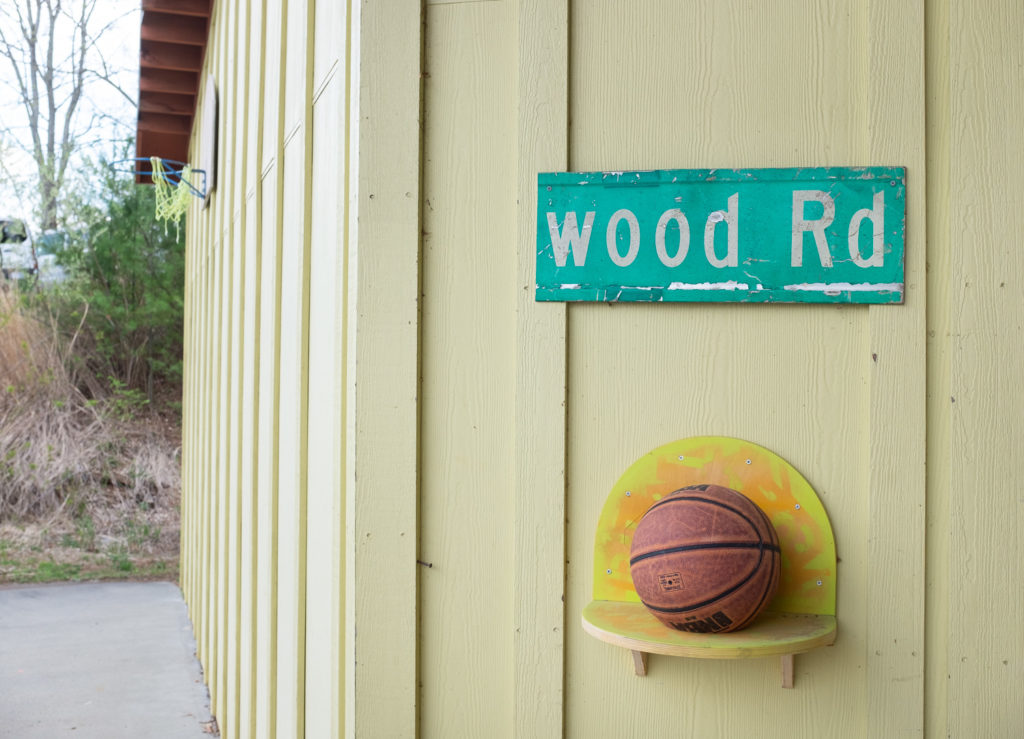 The wood studio basketball will be waiting for you. 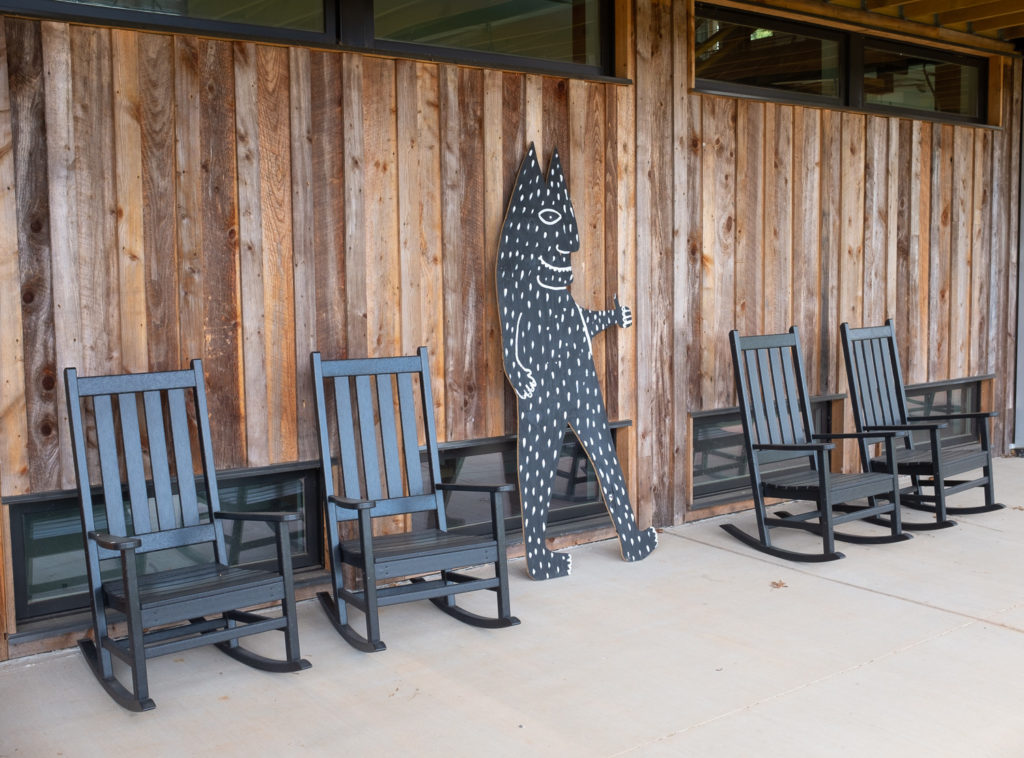 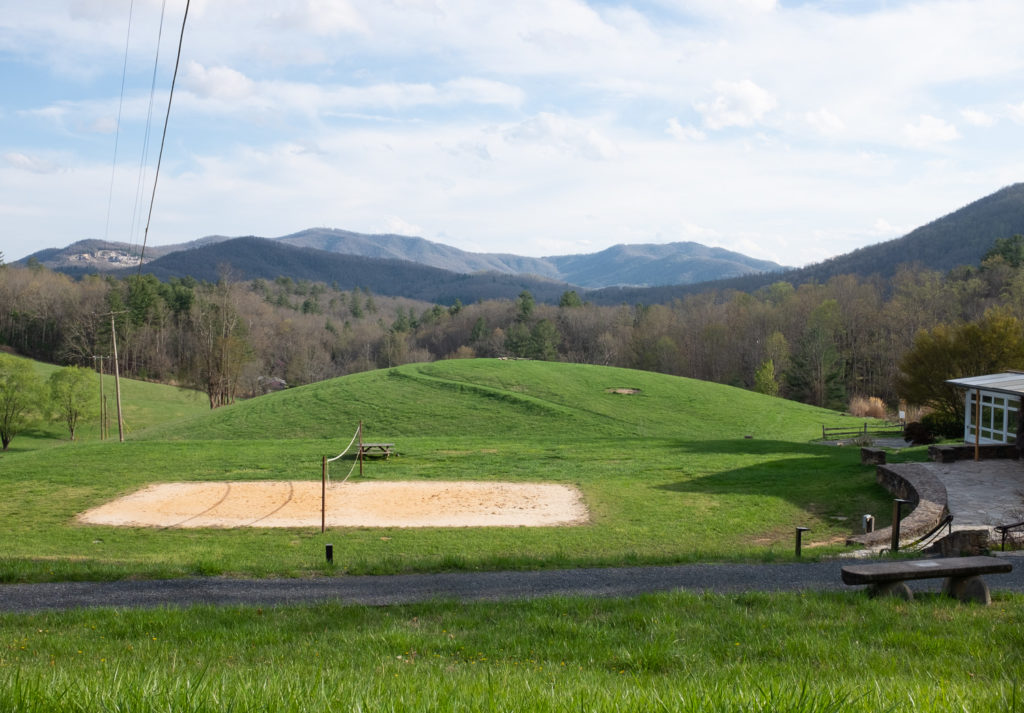 Someday the games will resume.

Categories: Penland, Photo of the Week 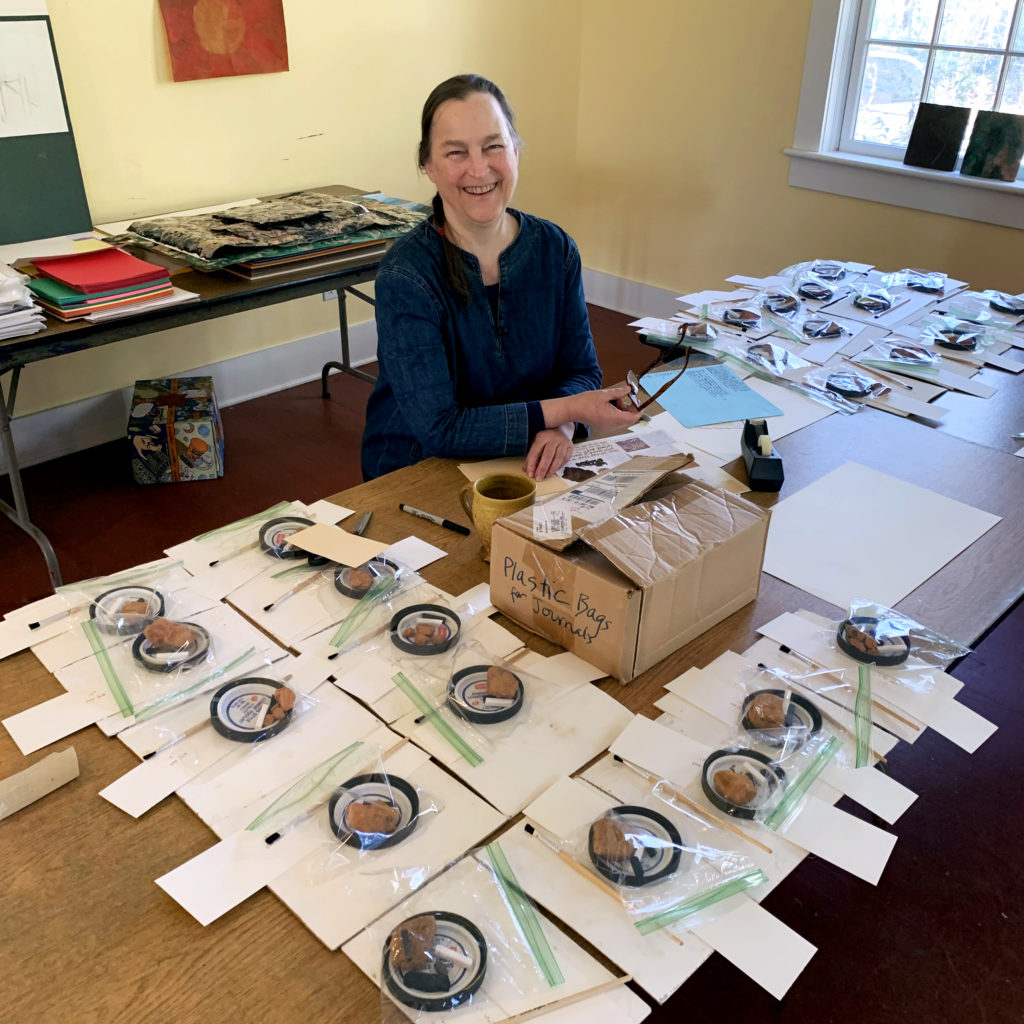 Penland’s Community Collaborations Program is dedicated to bringing art opportunities to students and neighbors in our local community. Sometimes, this work takes place on campus through our summer kids camps and events like our Community Open House. But more often, it happens in local classrooms thanks to longstanding partnerships with our Mitchell County schools. And now that our local schools are closed and a stay at home order has been issued in North Carolina, our Community Collaborations staff have pivoted their work toward new approaches that can help bring art opportunities right to our neighbors’ homes.

One of these efforts is an adaptation of Penland’s Teaching Artist Initiative. For decades, Penland’s Meg Peterson (pictured above) has been working with local students and teachers to create involved handmade journals that weave art into classroom studies of science, history, writing, and more. It’s hands-on, material-intensive work that encourages individual exploration and discovery. And now, Meg hopes, it’s something that her 3rd and 4th grade students can continue working on at home. This week, Meg has been busy creating 166 packets for them that include materials and prompts that mesh with the science curriculum in their classrooms—investigations of soil and landforms in one school, and explorations of body systems and nature observation in the other. “Students at Gouge Elementary are getting a whole kit to make natural earth paints,” Meg explains. The kits include gesso board, instructions, information on prehistoric cave painting and aboriginal earth painting, and a sample of a prevalent local rock. “The rock easily grinds to powder,” Meg says. “Then students can turn that powder into the most beautiful red-orange pigment.” 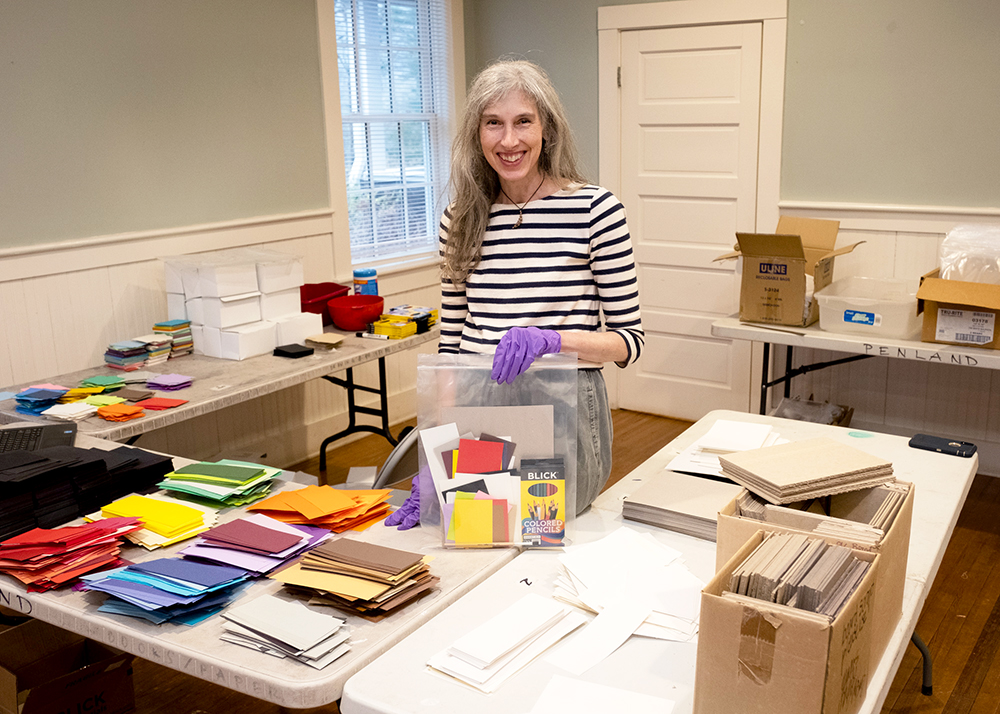 A second initiative is tied to the food distribution service recently established by Mitchell County Schools. The service has been delivering an incredible 1000 meals per day to families in our area, and it will now be delivering art materials, too! Penland staff members Stacey Lane (above) and Lisa Rose teamed up with local art teachers Leslie Dickerson, Melisa Cadell, and Olivia Ellis, as well as some of Penland’s Subs with Suitcases teaching artists, to create a set of prompts that can engage students and their family members of all ages. “Find an object from outdoors in nature…take a close-up look at the object and draw only the part your eyes have zoomed in on,” suggests one prompt. “Challenge yourself: Draw a glass of water with or without ice,” suggests another. Stacey, Lisa, and Penland core fellows Mitsu Shimabukuro, Erica Schuetz, and Mo Nuñez put in long hours this week to package the prompts together with materials such as colored pencils, a sharpener, paintbrushes, paper scraps, and book board. All told, they created 434 art packets that will go out to Mitchell County families this week.

This is certainly a difficult time for communities across the country, and our rural corner of North Carolina is no different. We hope that these efforts will bring a bit of creativity and fun to the next few weeks as we all try to adapt to the difficulties and uncertainties of this new normal.

For anyone else out there who would like some fun art ideas, you can find the prompts here: Art at Home Activities.