A group of Penland staff members have set up an ONLINE ART AUCTION to raise money for the family of our late friend and colleague, Katie Chasteen. We hope you’ll take a few minutes to learn about Katie’s life as an artist, administrator, mother, and important member of this community. 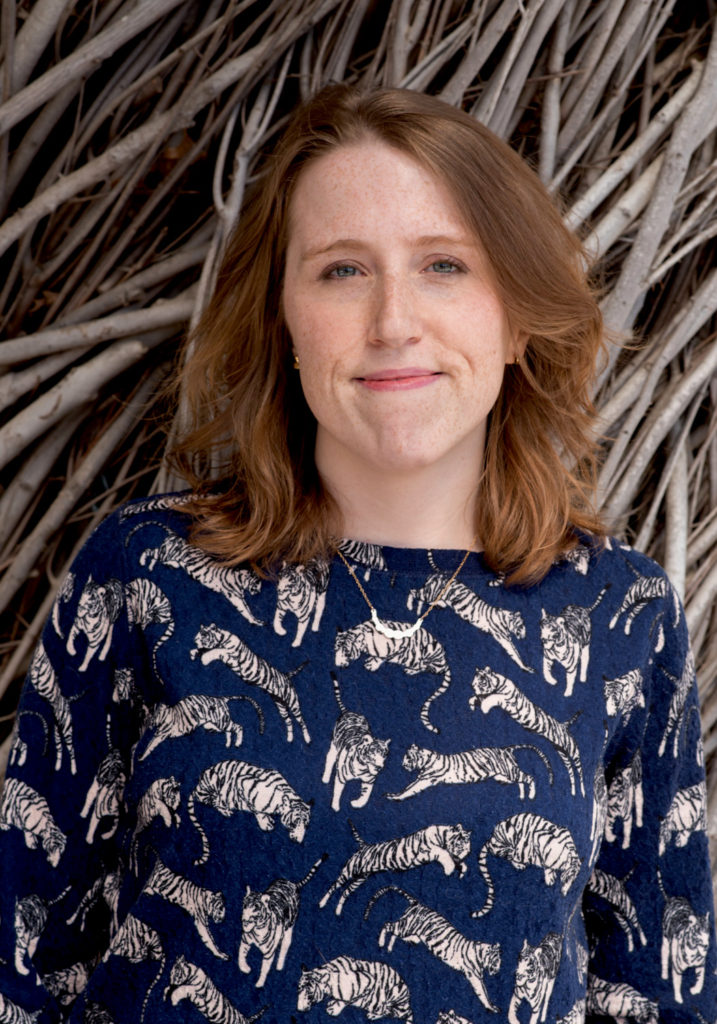 This spring, Penland staff member Katie Chasteen died suddenly and unexpectedly from heart failure. Katie was a key member of Penland’s development team and a generous colleague and friend. She was also a lover of cats, an inquisitive and creative photographer, a wife to Zac, and a new mother to 8-month-old Mars.

Among other things, Katie had primary responsibility for managing Penland’s donor relations database, which may sound dry but is a critical part of a good fundraising operation. It’s one of those things that’s nearly invisible when done well but can cause all sorts of  trouble if it’s not done well. Katie, who often wore a T-shirt that said “Nerdy by Nature,” did it quite well.

“Katie was a joy to work with,” said Joan Glynn, Penland’s director of development and communications. “I loved the way her brain worked; she was a puzzle solver. She not only wanted to know how to do something, she wanted to know why. Perhaps that was the artist in her—believing that the process was just as important as the outcome. She was always looking for ways to make things better, more efficient, and easier.”

“Katie’s spirit was filled with contagious kindness and generosity,” said Rachel Smith, assistant to the director. “She possessed the rare talent of being a steadying force in stressful situations. Her calm demeanor eased those who were quick to worry. She took pride in her work and raised the bar for those who worked with her.”

Before she came to work at Penland, Katie worked for ten years at Piedmont Craftsmen Guild and Gallery in Winston-Salem, where she began as a gallery associate and eventually became operations director. She was also a visual artist. She received a BFA in photography from the Lesley University College of Art & Design (Boston) in 2008, and she continued to make work even as she developed a career in arts administration. Her photographs (show below) are carefully constructed still-lifes, sometimes including parts of her body and almost always incorporating natural materials, which she said were a constant source of inspiration. 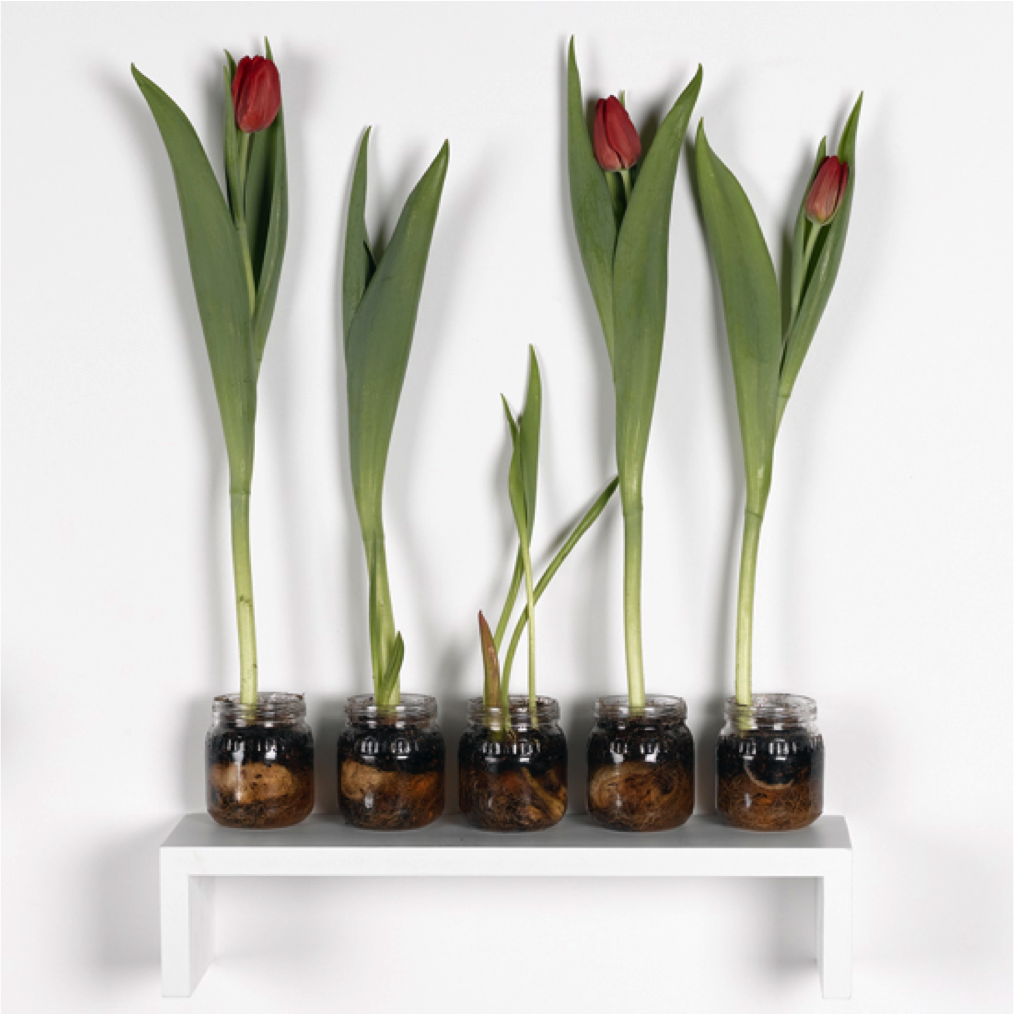 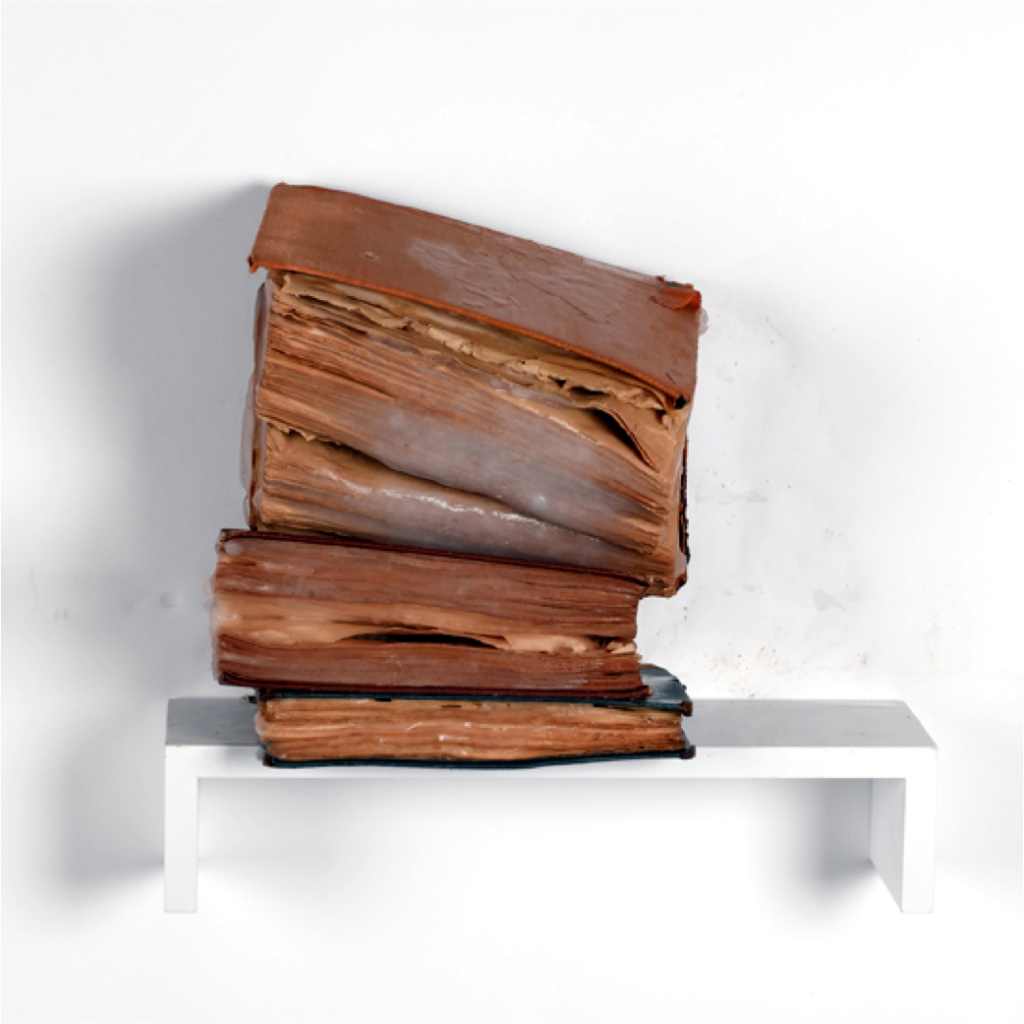 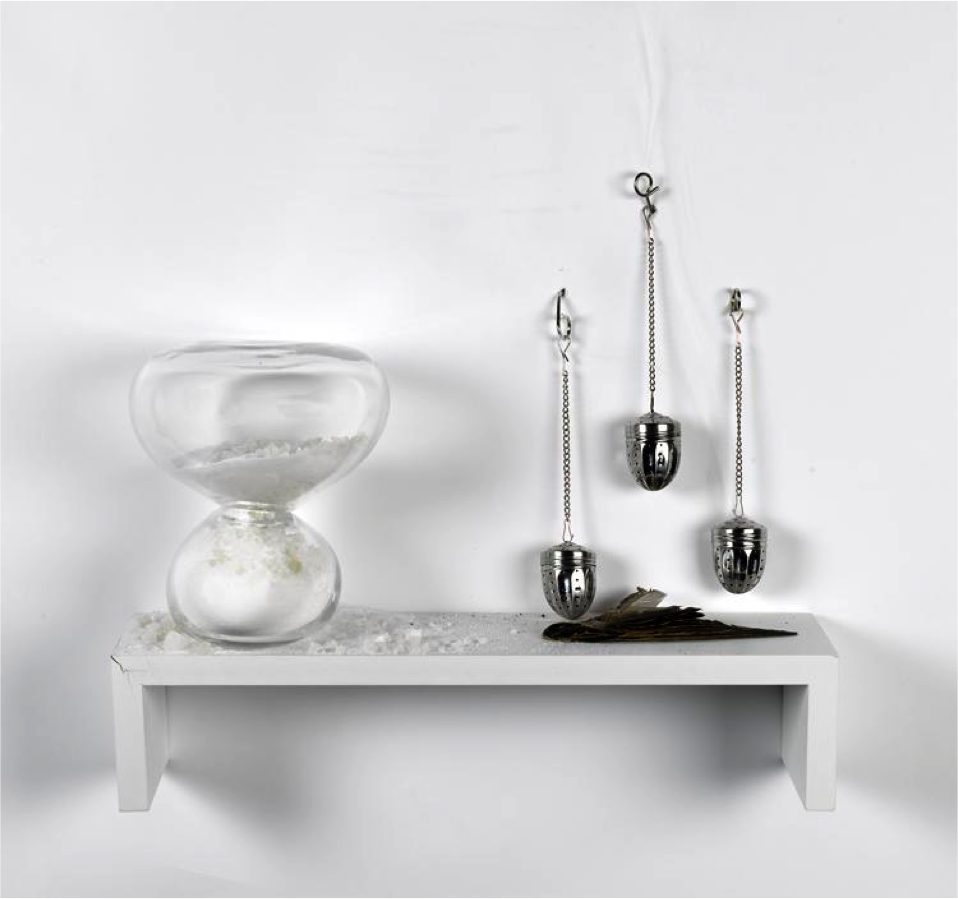 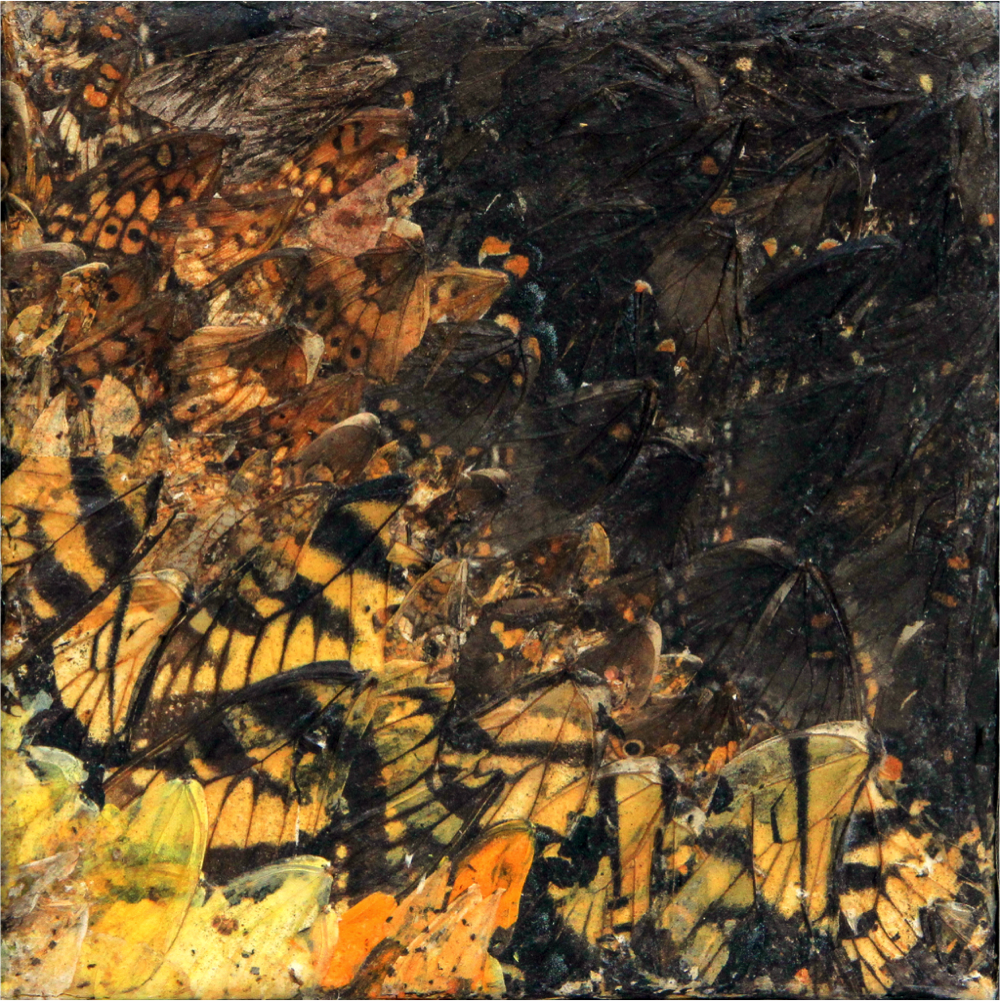 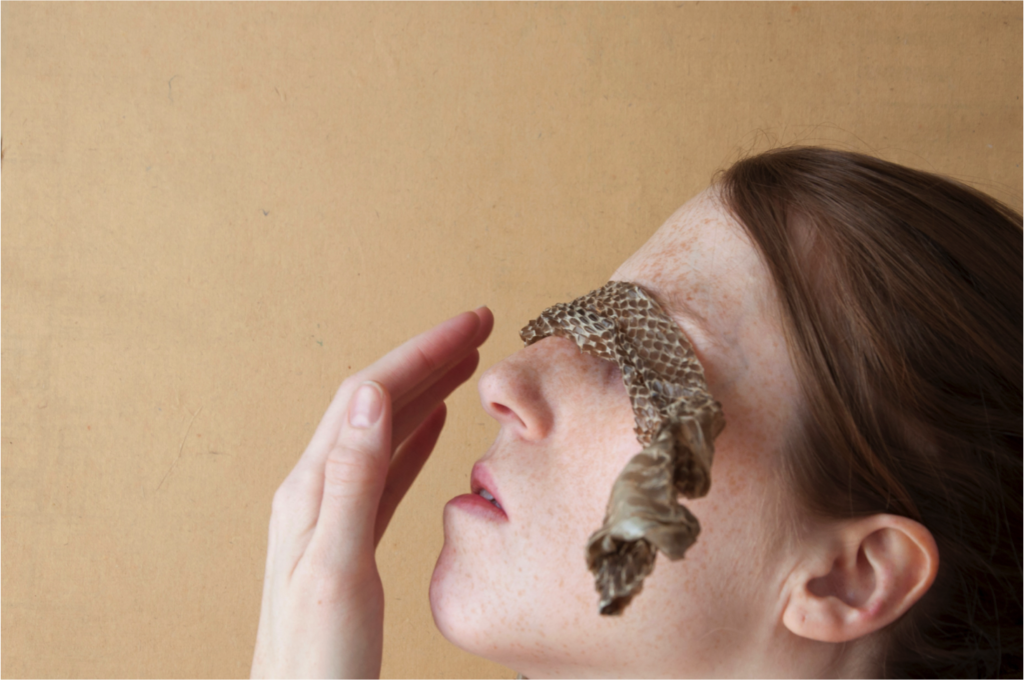 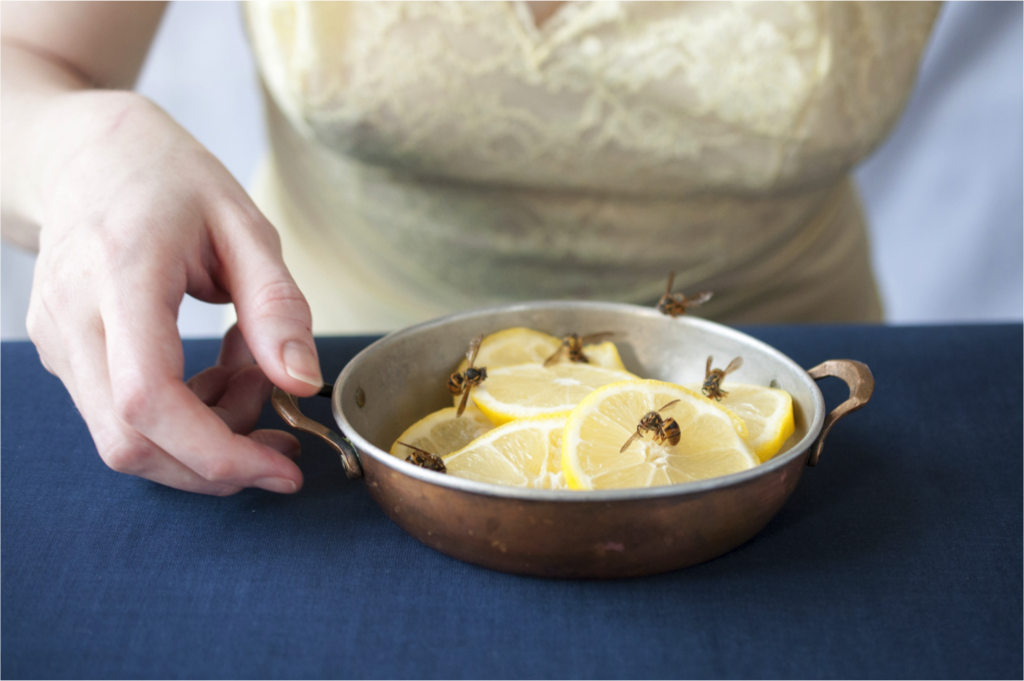 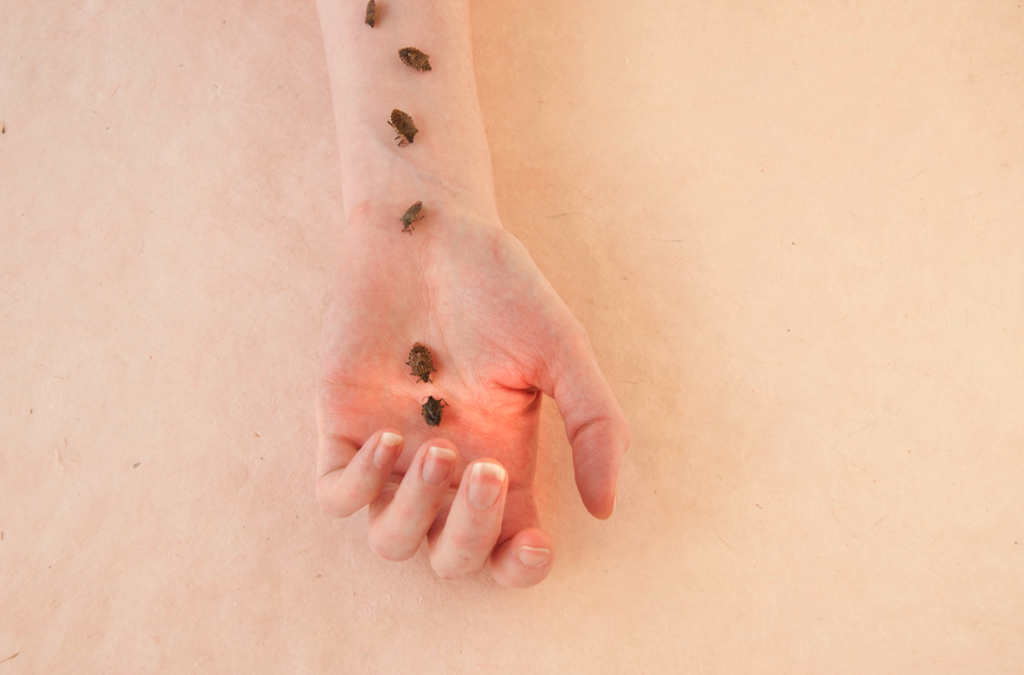 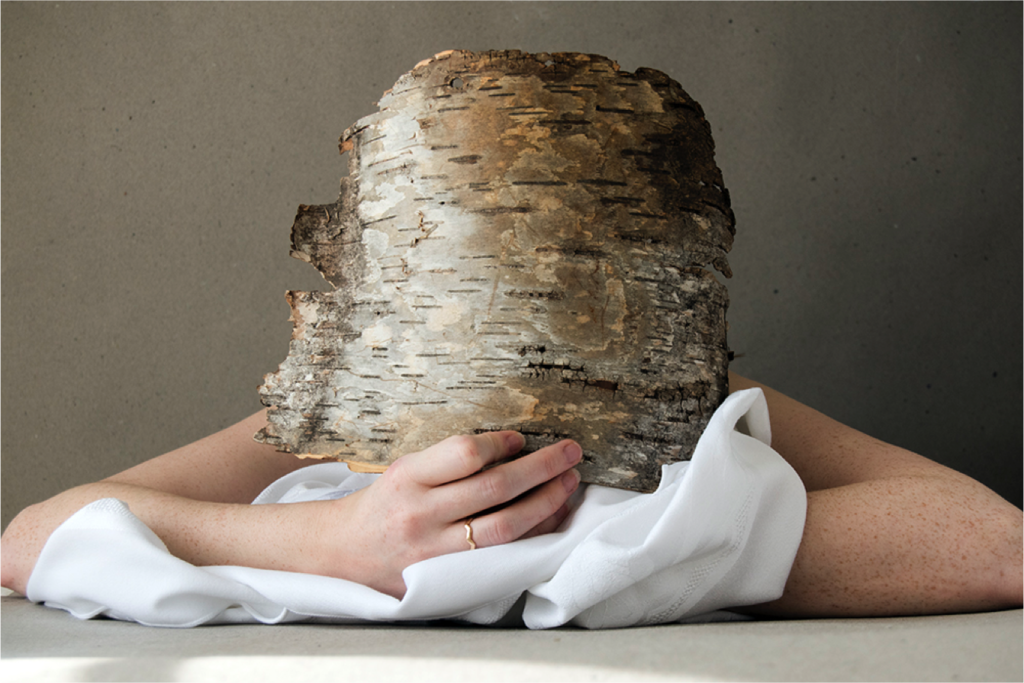 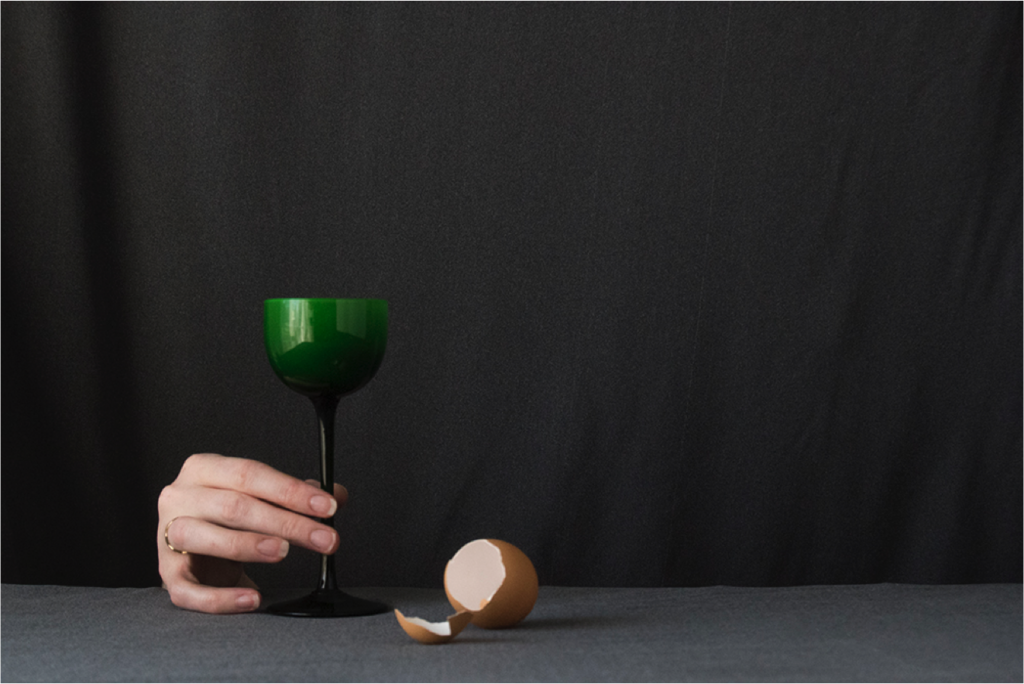 Katie’s husband, Zac, is also an artist. He and Katie were part of a close-knit group of art school friends who have stayed involved in each other’s lives during the decade since they were in school together. After Katie and Zac moved to Mitchell County for Katie’s job, he worked part time at the Toe River Arts Council in Spruce Pine and the Homeplace Brewery in Burnsville. And together they brought Mars Chasteen Trainor into the world. They shared parenting around their job schedules, which made Mars a frequent presence at Penland’s Horner Hall where he was quickly adopted by everyone as office baby.

“It was a gift to watch Katie become a mother,” said Rachel Smith. “Mars, who Katie lovingly referred to as ‘little man,’ quickly became the light of her life. She was not an overly sentimental person, but she gushed over Mars.”

“Katie was only with us for a short time, but so much happened in her life during that period,” said Joan Glynn. “She formed deep relationships with co-workers and friends she had met through Penland; we lived with her through a high-risk pregnancy and an early delivery. We were all so happy when Mars came into the world happy and healthy – and just a little small.”

“Katie was a great Mom, and I loved that she was so generous in sharing Mars,” she continued. “I liked to take him into my office for an afternoon game of peek-a-boo. One day he started laughing so hard when we were playing—an unfettered baby belly laugh. I turned around to see Katie peeking in the door with a huge smile on her face. She didn’t want to come in, she just wanted to enjoy her son and a friend having a moment together.”

It has been a challenge for the development staff to push through a busy Penland summer without the help of this dedicated and gifted member of the team. Several people have taken on extra responsibility and two former employees have been able to spend part of their summer helping out. We are working now to fill Katie’s position, but there will be no filling her place in our hearts.

Zac and Mars have moved back to Winston-Salem. Needless to say, it’s been a tough time for them—financially as well as emotionally. Wanting to offer as much support as possible, a group of Penland staff have worked together to create an online art auction to benefit Katie’s little family. The auction includes 32 pieces donated by staff, community members, trustees, and friends, and will also accept direct donations. It will run through July 28. Bidding requires a simple sign-up procedure. We encourage you to participate in this auction—or make a donation—in the spirit of generosity and community that is so central to Penland.

Here is a small sample of the work in the auction. Thanks for your participation! 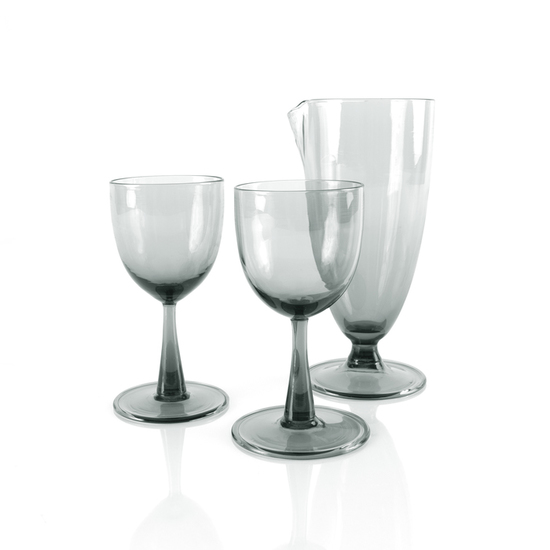 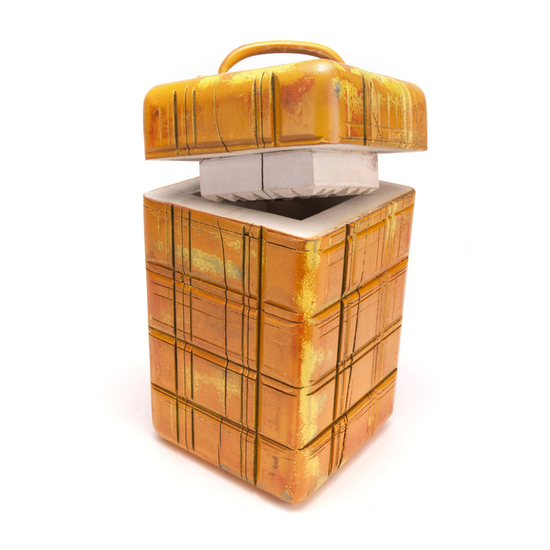 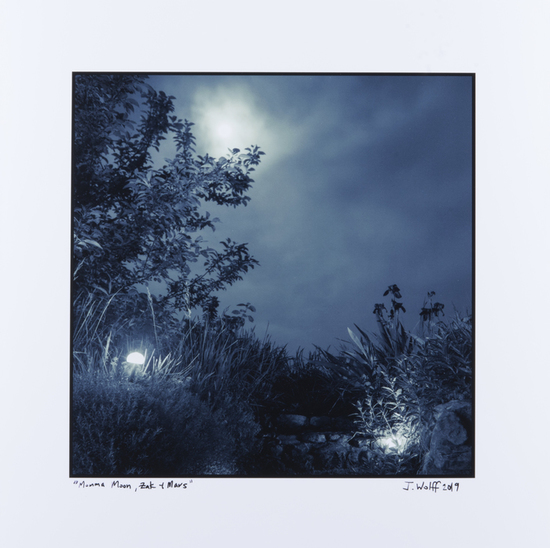 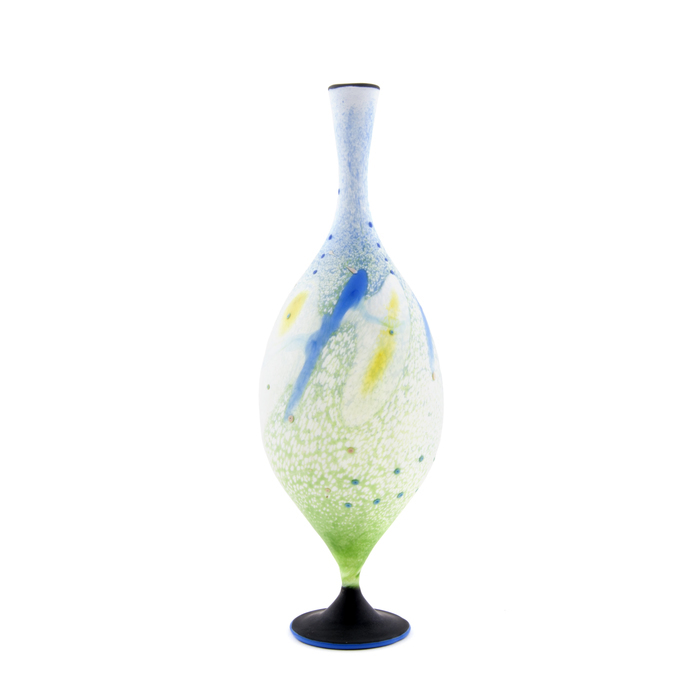 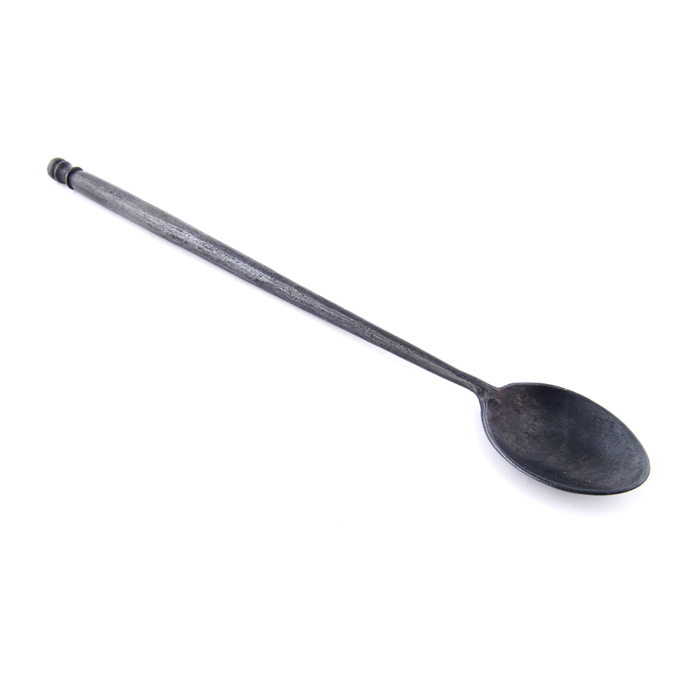 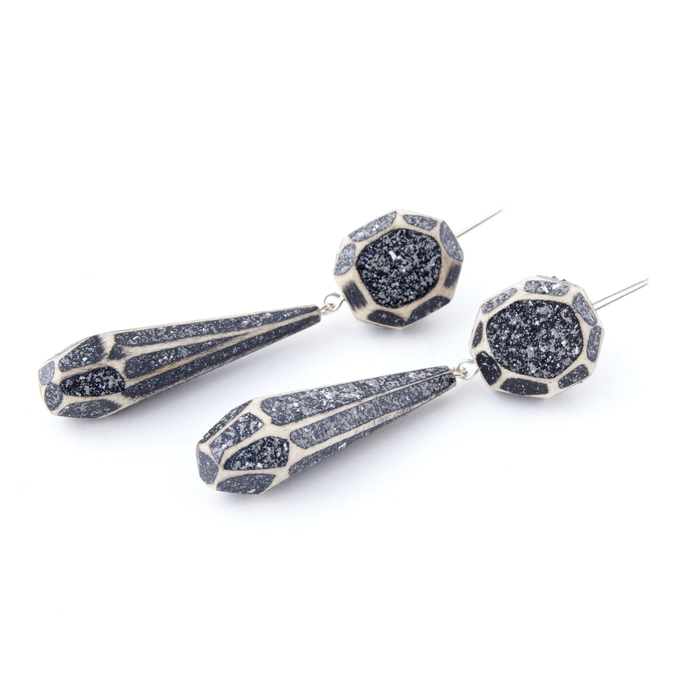 Last week, we celebrated Independence Day the best way we know how: with all of you! We kicked off the evening with the traditional Handmade Parade, followed by ice cream for all, picnicking on the lawn, and an impressive fireworks display at dark. A more extensive album of photographs is available to view here; below, we share a few of our favorite shots that encapsulate what we love most about this annual celebration.

Community
It’s all the people here, from students and staff to neighbors and visitors from afar, who make this event feel so full of life. Thank you to everyone who joined us for bringing your energy and helping us celebrate! 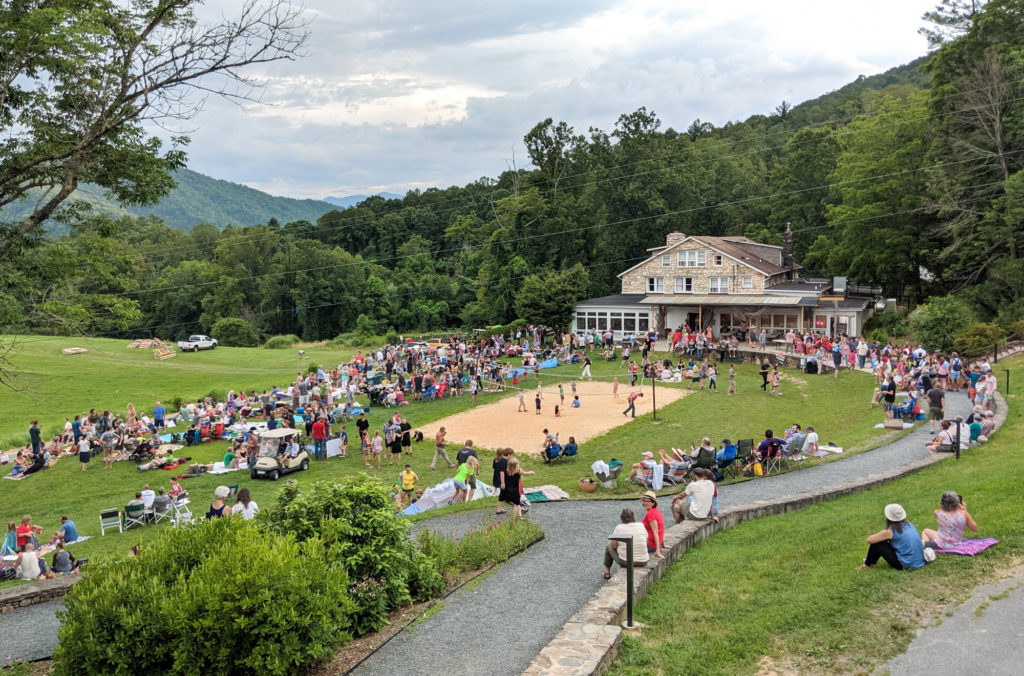 Color
Bring your red, white, and blue—and your orange, green, brown, pink, and purple, too! This parade is in full color. 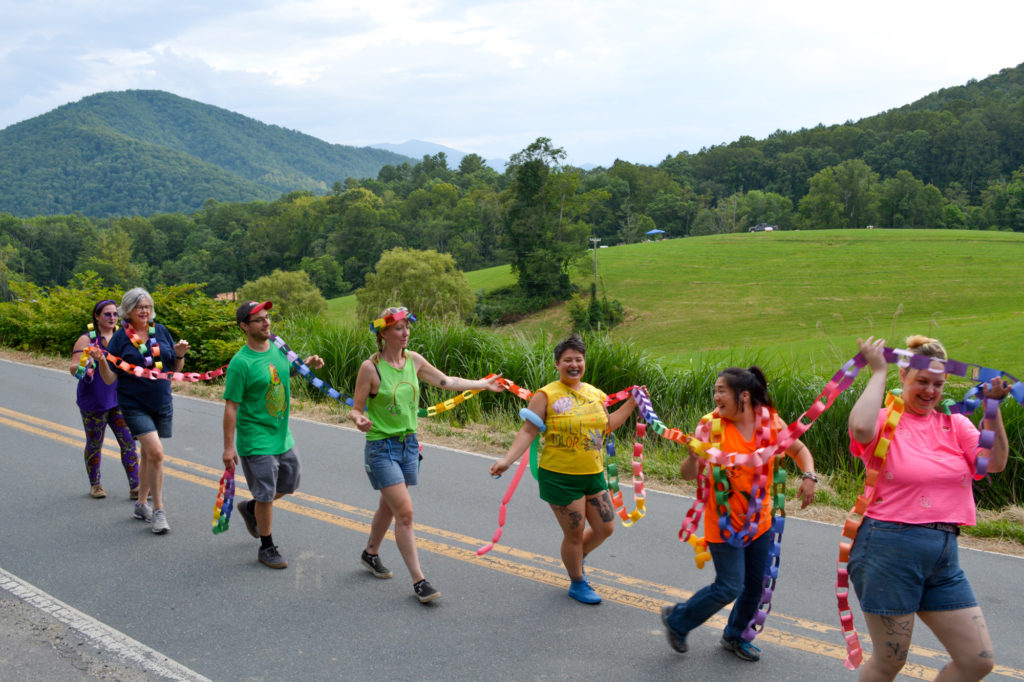 Passion
A highlight this year was the entry focused on pollution and single-use plastics, including these remarkable plastic bag outfits and a giant sea turtle float. Thank you for reminding us that celebration and action go hand in hand. 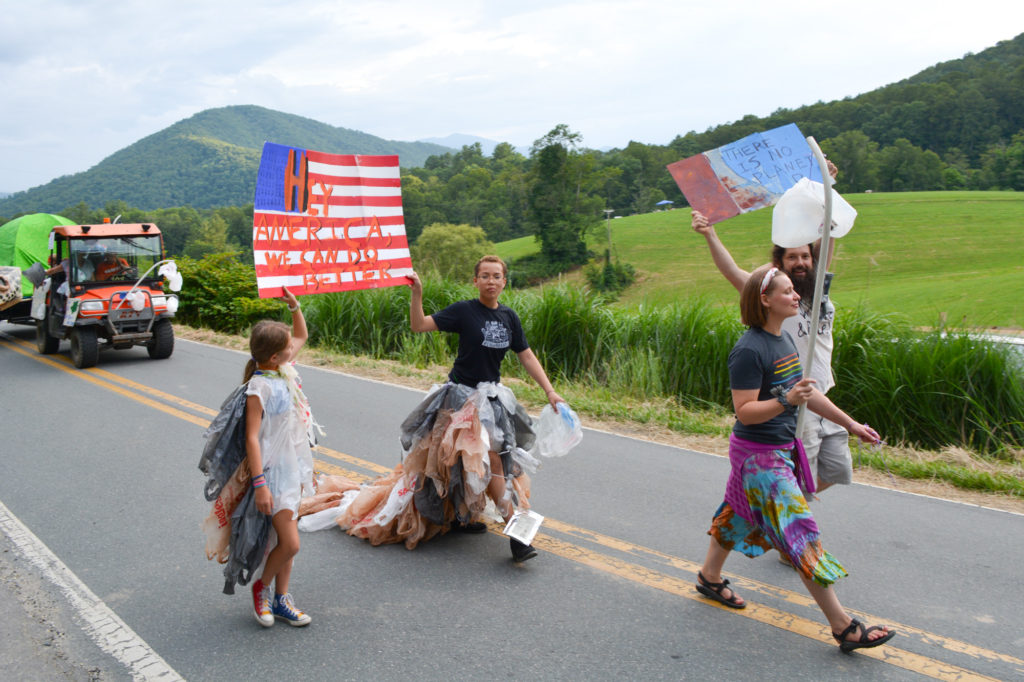 Creativity
This wonderful beast was born from some cardboard boxes, a couple sticks, bright paint, and a lot of creative vision. It’s always a treat to see the ideas that are brought to life for the parade. 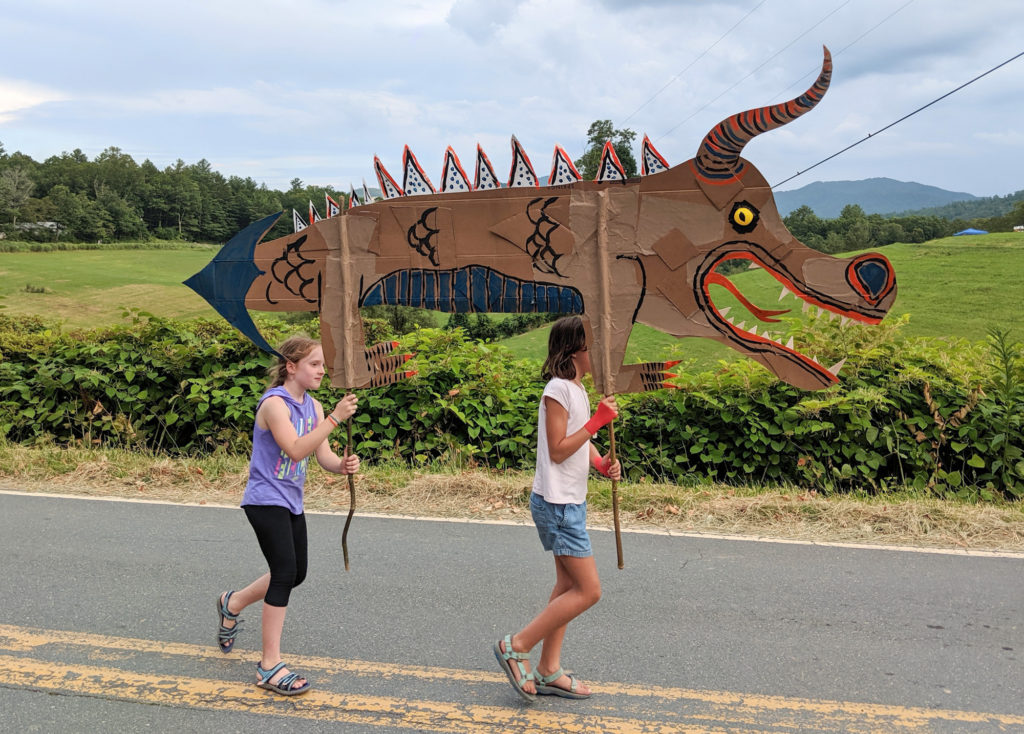 Camaraderie
The session 3 weaving class stuck close together to walk this giant choreographed loom all the way up Conley Ridge Road. 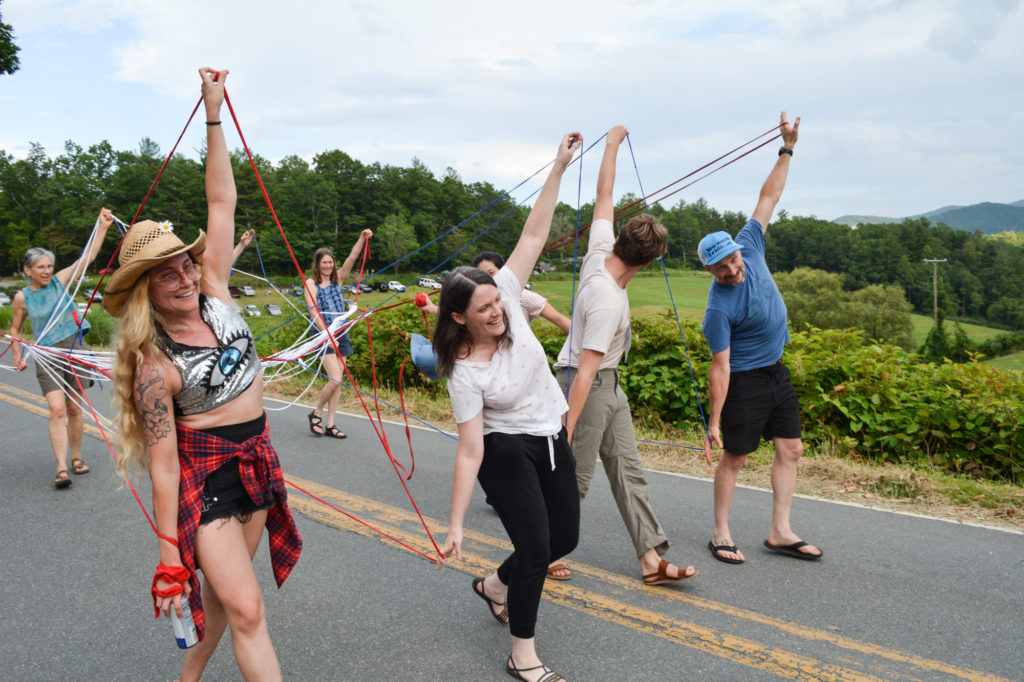 Dedication
Here’s (part of) our facilities and ground crew, aka the folks who orchestrate the entire fireworks display. They each go through a multi-day certification training, as well as spend days before the event designing the show, getting everything set up, and readying the 20,000 bottle rockets you see here! 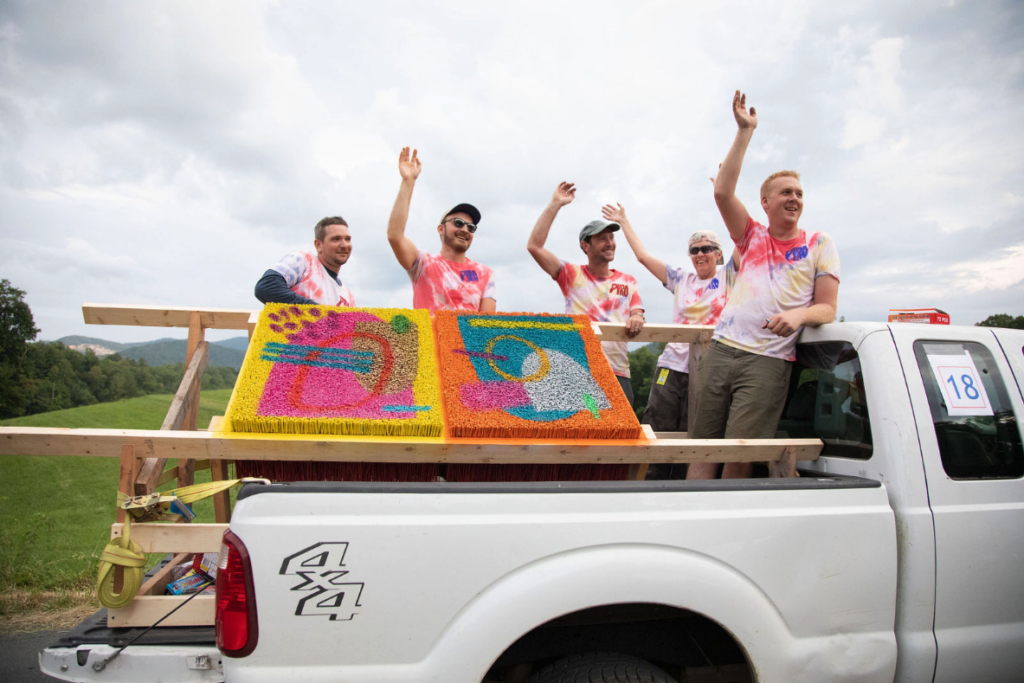 Celebration
At the end of the day, it’s not just about the parade or the incredible fireworks. It’s about you all being here together, with us, celebrating the creativity and energy that make this place so special. Bring your ideas, your passions, your friends, and join us on the lawn next year! 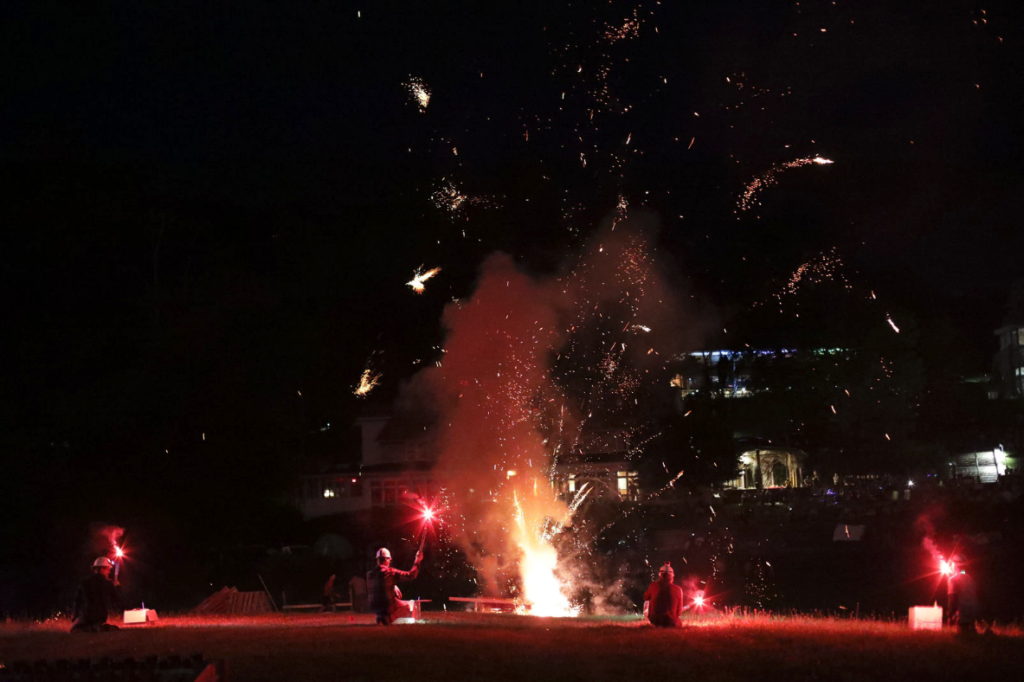 Thanks to Mercedes Jelinek for taking and sharing the final two images in this post. 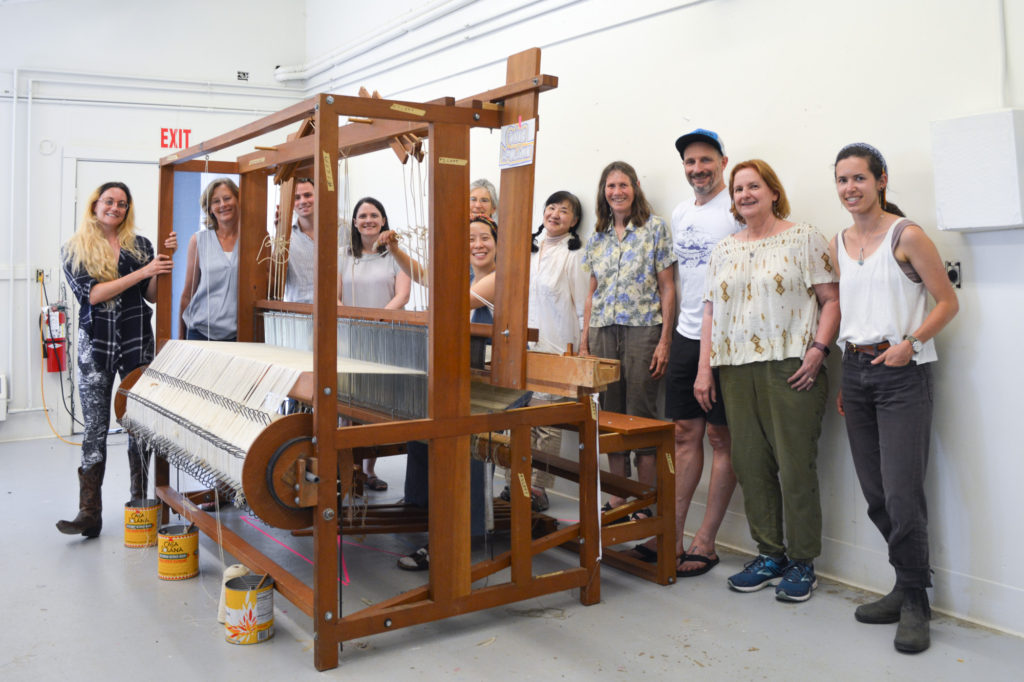 Instructor Peggy Hart and her studio assistant and friend Jean Hosford arrived for session 3 driving a large rented van. The reason? They were bringing this incredible fly shuttle loom along with them! The loom is big enough to frame the entire class (see below). It’s also big enough to weave a large blanket in a single piece, and Peggy’s students made good use of it. Together, they created a lovely throw that will be up for bidding at tomorrow night’s scholarship auction. 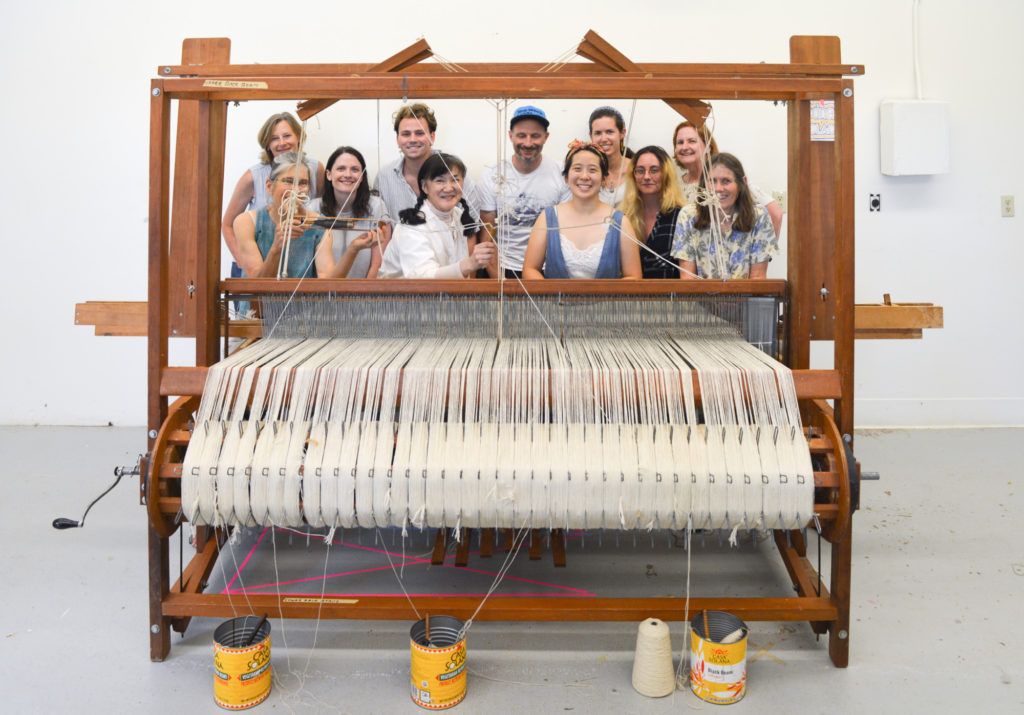