Jeff Goodman, who is teaching a photo/video/documentation workshop this session, made this sequence of pictures of studio assistant Laurencia Strauss (listening) and instructor Christina Shmigel (yelling) for a flipbook demonstration. Of course, anything you can make into a flipbook, you can also make into an animated GIF.

WNC magazine’s current issue contains an excellent story, titled A Tradition of Innovation, that presents an illustrated overview of Penland School. You can read the article on the WNC website. Here’s a teaser:

The more time one spends at Penland, the more one understands the sense of connectivity and pulse of mystery that’s hard to define to an outsider. Though almost everyone who visits can agree there is a certain magic to the place. “There’s a removal from the day-to-day that happens when you have to drive up and up and up, and then up some more into the mountains, and you come around a corner and there’s that valley with the studios behind it,” says Steve Miller, another trustee who runs the MFA program in book arts at the University of Alabama and has taught at Penland 14 times. “That remove, that temple at the top of the mountain phenomenon—it moves me every time.”

Thanks to writer Brian Barth (who is a relative of Penland’s founder Lucy Morgan) and photographer Mike Belleme for their fine work on this piece. 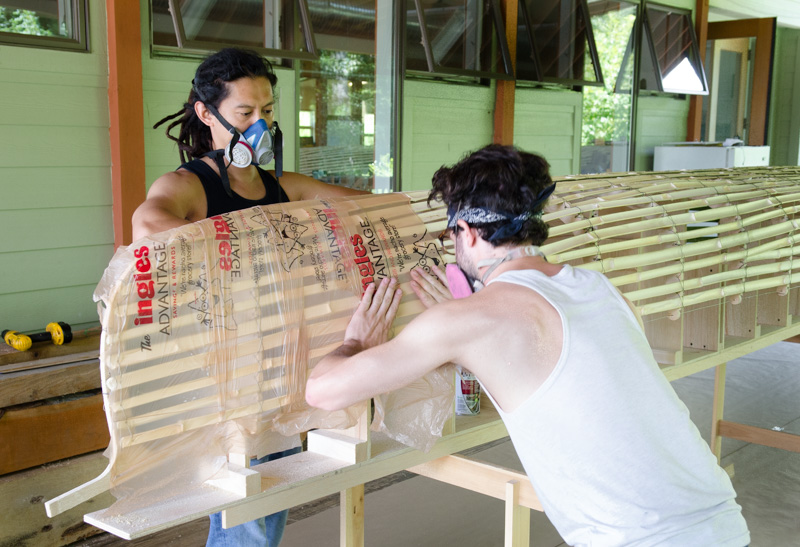 Instructor Tom Huang and his assistant, Reed Hansuld, putting the skin on a canoe outside the wood studio. The ribs of the canoe were cut from plywood, the shell was made from strips of split bamboo. The skin they are applying is recycled grocery bags laminated with spray adhesive. They applied 6 or 8 layers of plastic to each canoe. The class built five canoes using this method. 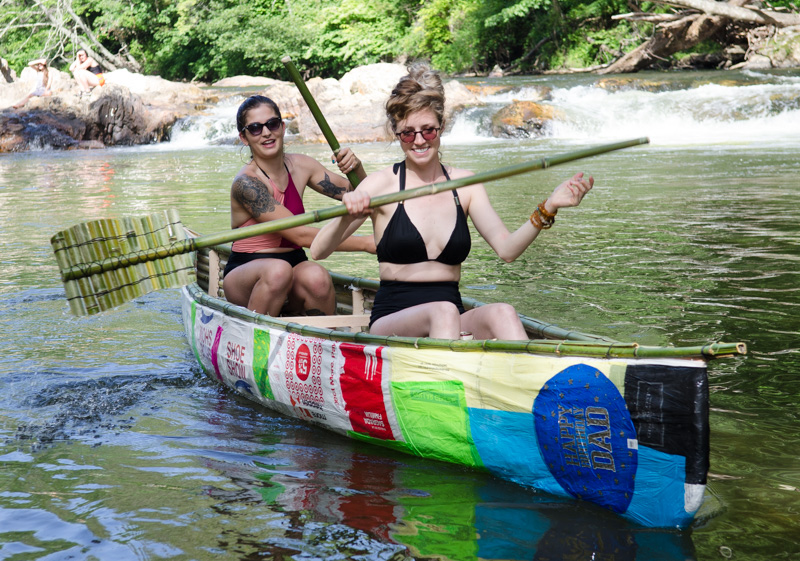 It sounds a bit sketchy, and the boats were intended to be somewhat ephemeral. But when they put them on the water, they behaved just like canoes. 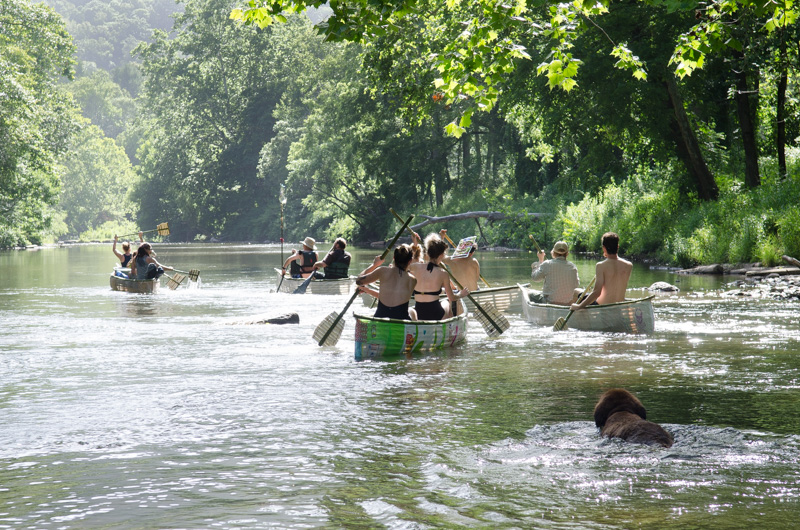 Here’s the flotilla (plus one dog) on its way down the Toe River. 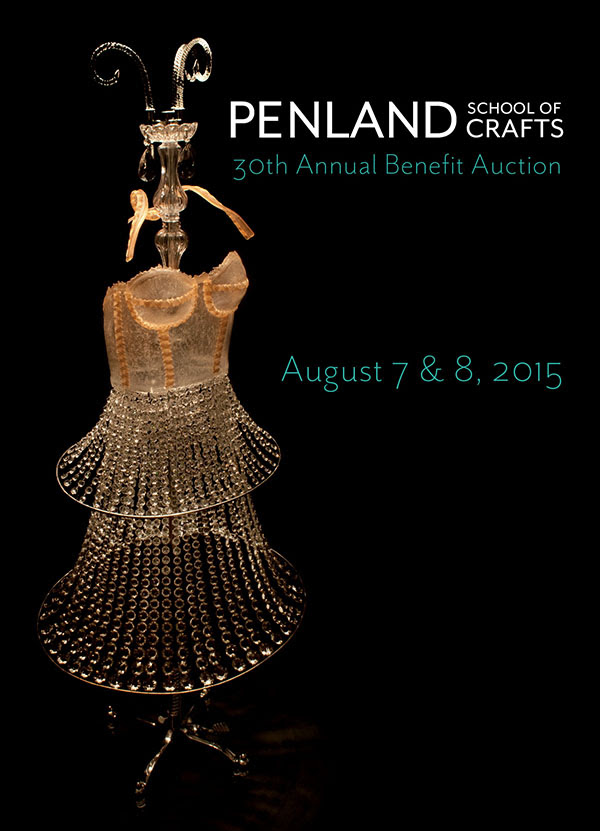 You can now access the whole catalog for the Penland School of Crafts 30th Annual Benefit Auction online: right here. The work on the cover is by the remarkable Susan Taylor Glasgow (it’s sewn glass). Inside the catalog you’ll find pictures of more than 200 pieces in all media.

No matter where you are, you can place absentee bids on any of the auction pieces (complete information is here). This is a good thing, because the auction is more-or-less sold out. If you were thinking of attending the auction, please contact contact Jackie Head at 828-765-2359 x 112 or auction@penland.org to see if there are any seats left. 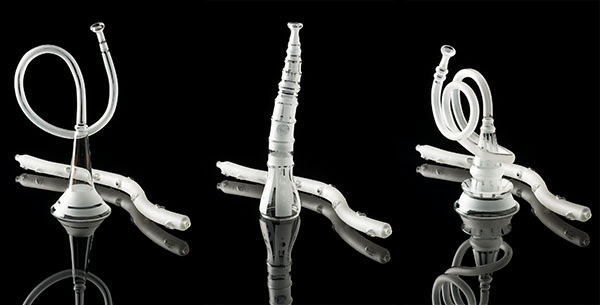 Whether you make it to the auction or not, you can still appreciate these great centerpieces made just for the event by glass artist Sally Prasch. Each table will be decorated with a glass horn and a glass rainstick (both are functional). At some point during the auction, we’re going to blow all the horns and make a loud sound.

Although Elizabeth Aralia has been an artist most of her life, she didn’t start coming to Penland until she was fifty: the year her son turned ten. “I came in 1998 for a class with Nick Cave and it was transformative,” she said. “I said to myself, ‘I’m going to come back here every year.’ And so far I have.” Elizabeth and her husband, photographer Nick Graetz, had moved to North Carolina about ten years before that, and Elizabeth says that she heard about Penland “in the air.”

Born in Detroit, she got an English degree at Indiana University and then went on to study art at the College of Creative Studies at the University of Santa Barbara in California. “It was a fascinating place,” she said. “The teachers there were all artists, and they just taught whatever they wanted. There was no set curriculum.” After finishing that program, she headed for New York. “I ran out of money near my mother’s house in Indiana, so I stayed there. I got this grant from the NEA where they paid you to do your art and to work with kids in the schools. During that time, I met and married my husband, and eventually we settled in Chapel Hill, North Carolina.”

Elizabeth works in textiles, painting, assemblage, and collage. One of her best-known projects is a tarot deck created through carefully-constructed collage. “I’ve been doing collage since 1978,” she said. “I don’t do it using a computer. I like to use things that there’s only one of; it’s more of a commitment.” Recent Penland workshops have reignited her interest in painting and introduced her to encaustic, which she has been integrating into her work.

In addition to her years of taking Penland workshops, Elizabeth and Nick have been generous annual supporters of the school, and they have recently created a scholarship in honor of Elizabeth’s late sister, Lynn Kerr Azzam. “She’s my half sister and we wouldn’t have known her except for the Internet. We only met her two years ago. We were together a few times and then she suddenly died. I didn’t know her well, but I felt very close to her. I wanted to do something for Penland in her name.”

“My husband and I give to a lot of things,” she continued. “We pick things that are close to our hearts, and Penland is at the top of my list. I want to give people the help I didn’t get when I was struggling financially and needed support as an artist. I imagine what it would have been like if someone had given me time at Penland back then.”

“Penland is magnetic and people who have the right metal get stuck.” Elizabeth said. “It draws me back every year. When the catalog comes, I get excited, and when I first drive in, I just think, ‘There it is.’”  –Robin Dreyer

Spring and fall are intense times at Penland. Students and instructors spend eight full weeks here, fully immersed in deep creative exploration in their studios. For many, these concentrations can be rigorous and sleep-depriving, but also enlightening, recharging, and—ultimately—transformative.

Lauren Faulkenberry, who taught the spring concentration “Letterpress Books: Guts to Glory,” shared her thoughts in her blog about the “wild ride” that was eight weeks at Penland:

“To sum up: I had fantastic students. They made amazing things. We had a slew of letterpress adventures in the form of tiny books, broadsides, and ephemera that ran the gamut from poignant to wickedly funny and downright dirty. There was pressure printing, block carving, impromptu screen printing, and enough experimentation to warrant calling the studio a laboratory. Art. Science. Madness. Delight.”

Lauren also describes one of the primary challenges of Penland concentrations: that constant tug-of-war between intense creative work and the rest needed to refuel our creative engines:

“It’s not easy teaching every day for eight weeks, even in a place that feels like paradise. I was often just too tired to work on my own projects after dinner each night, but it was hard to make myself leave the studio. There’s something about being surrounded by creative people in a flurry of breakthroughs and troubleshooting that makes it hard to walk away.”

Now that those eight weeks are over, Lauren reflected on what she took away from her eight weeks here at Penland. As many people do, she found it was much more than simply new techniques or a piece of work to be proud of:

“After a long cold winter, my students and my new friends breathed some life back into me. I won’t lie—it was hard leaving there and coming back to the ‘real world’… But I’ve got a notebook full of ideas and a high-five poster that will remind me to keep doing that thing I love, and that path will most certainly cross the ones of all those great folks on the mountain that reminded me of why we do these things that keep calling us to do them.”

To read more about the moments that really stuck out in her eight-week class, see Lauren’s complete blog post here.

The following blog post is a photo slideshow. We recommend viewing it in an Internet browser. 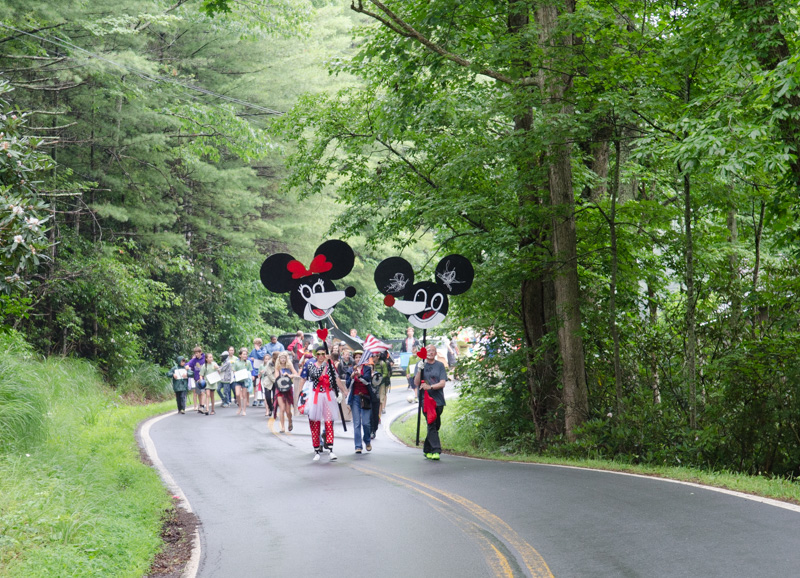 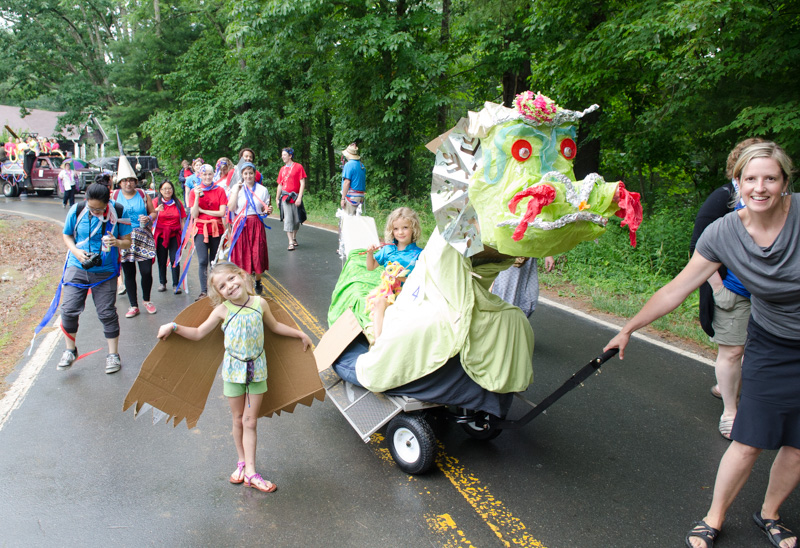 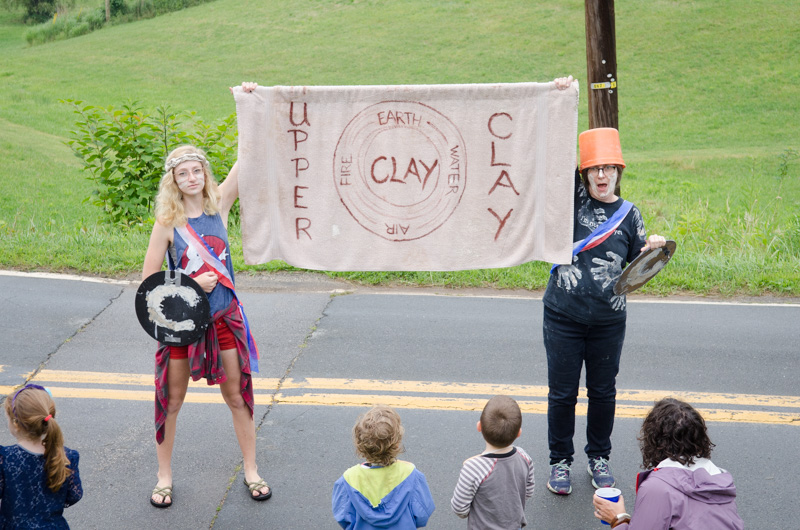 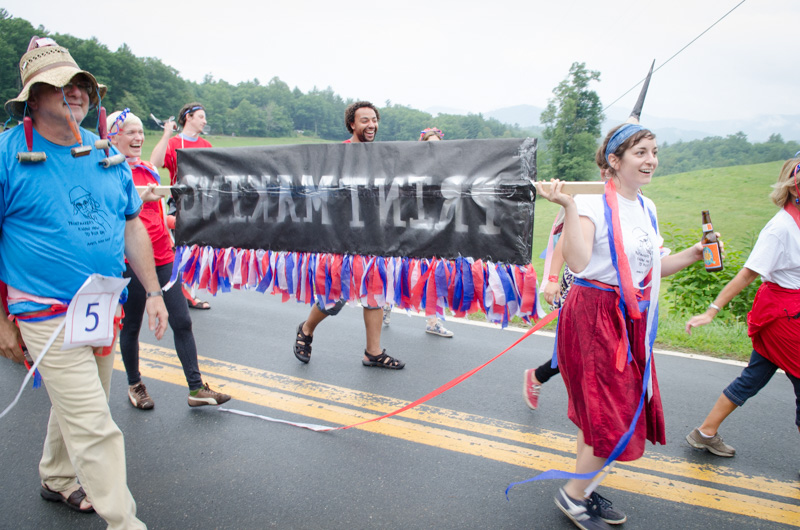 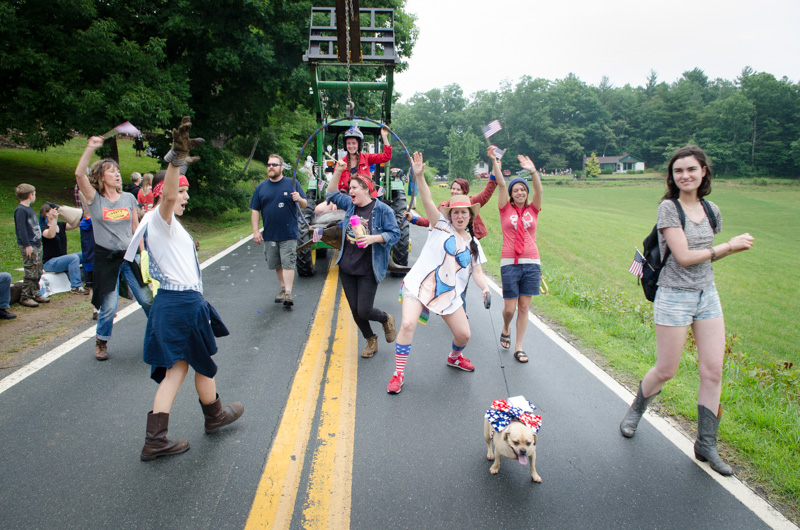 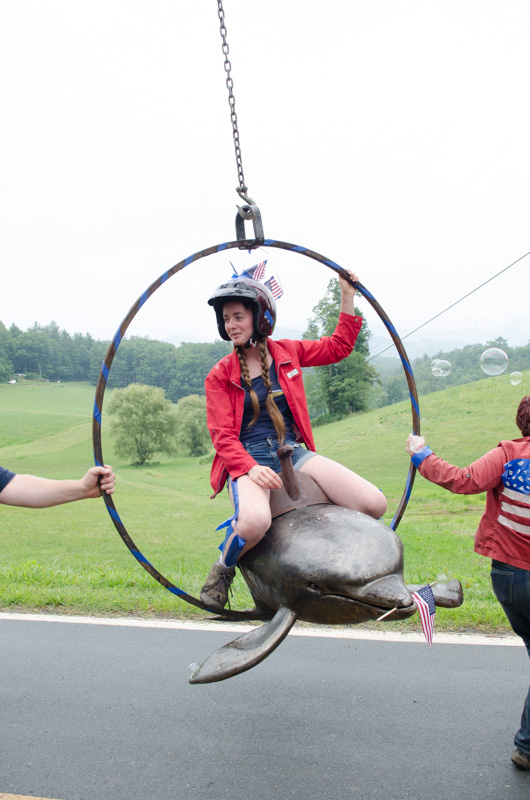 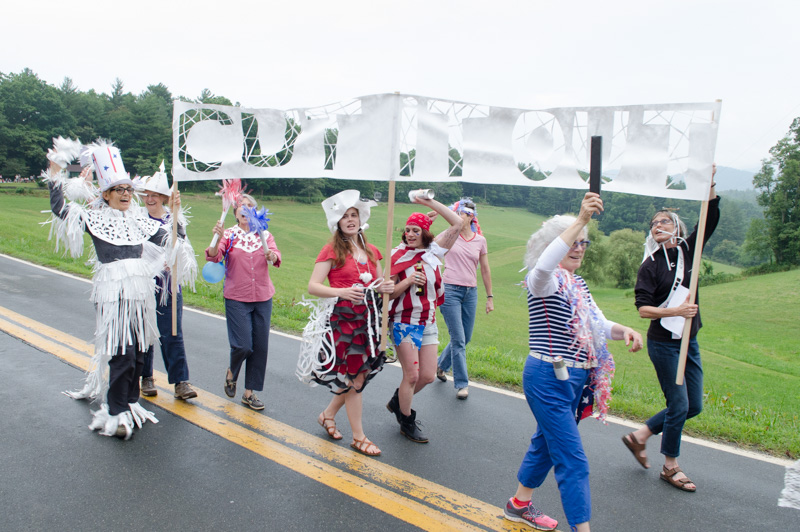 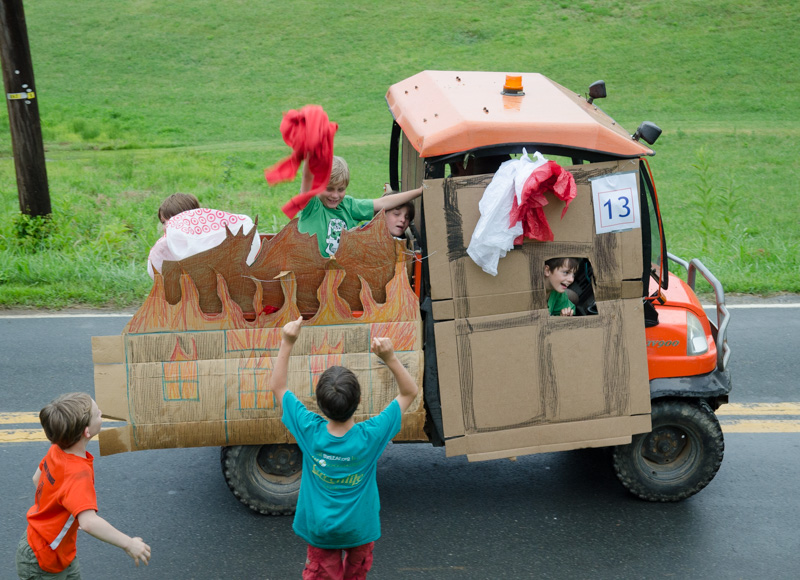 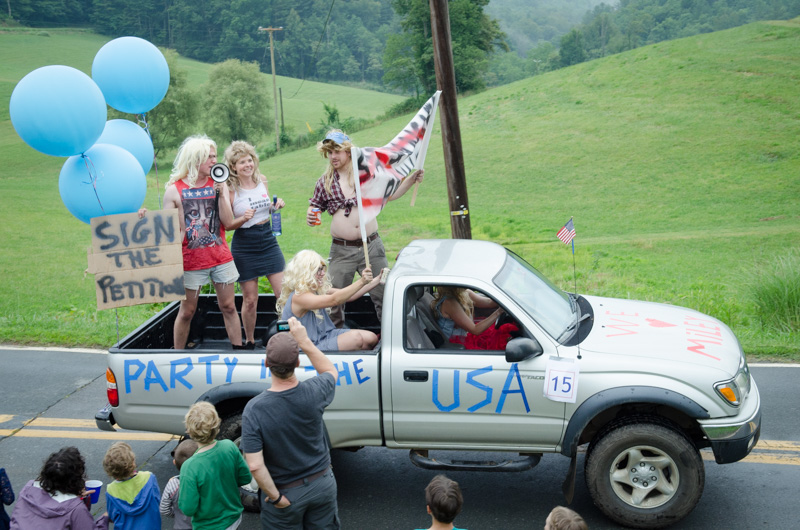 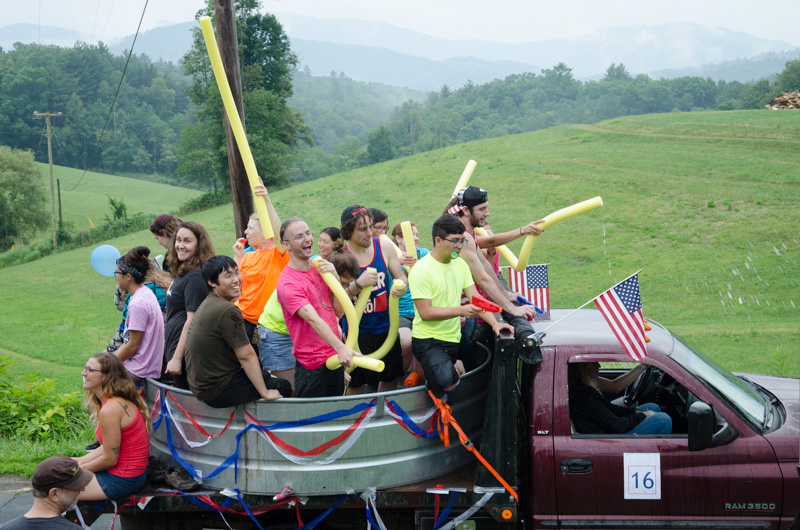 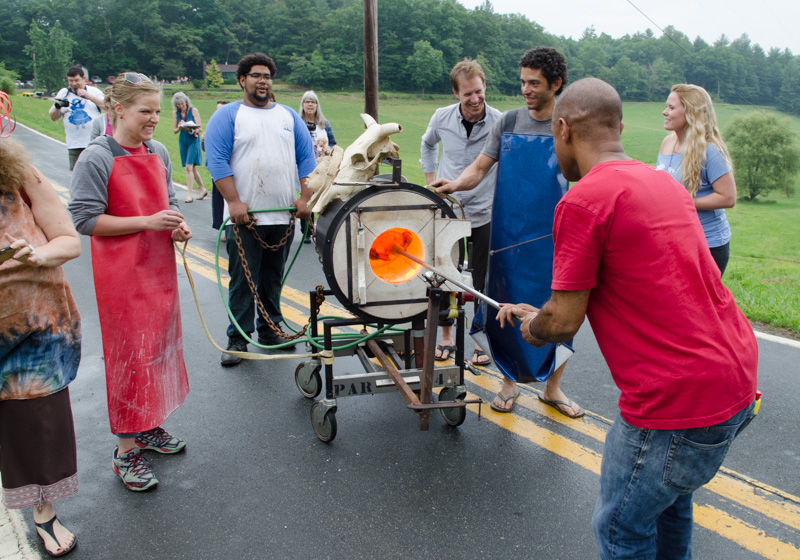 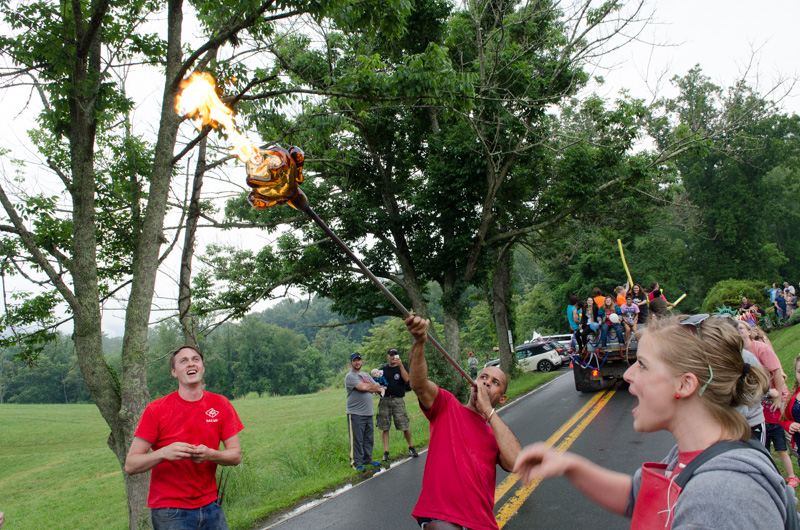 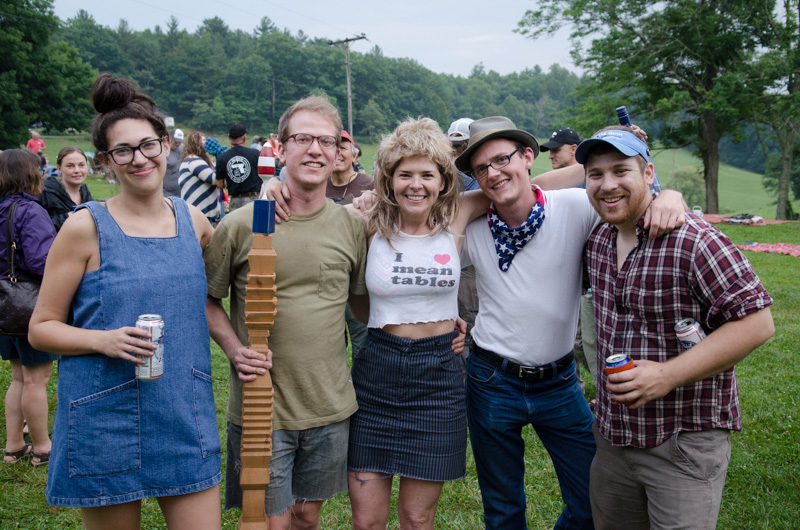 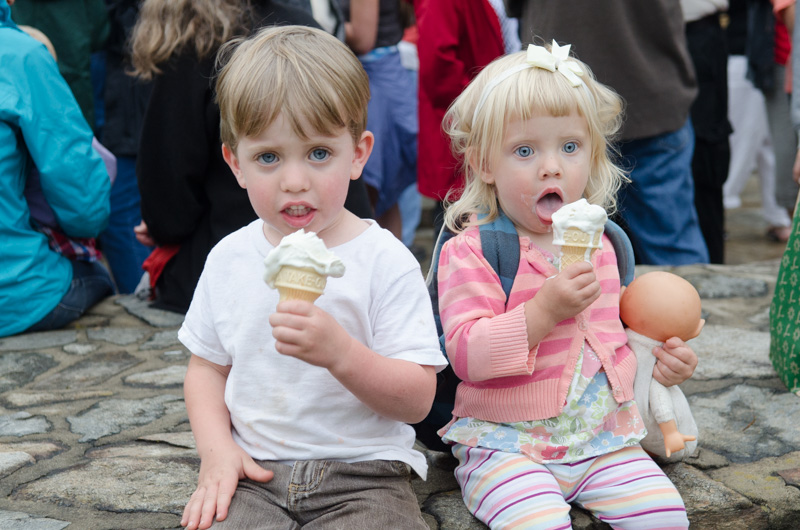