Yes, you read us right. E-mail.

We, too, get too much of it. But sometimes, there is a man. A man for our times. A clever man. A man who drops ALL CAPS at just the right moment, and selects the choicest ironic GIFs.

At Penland, there is one such man. And he sends all-staff e-mail like this: 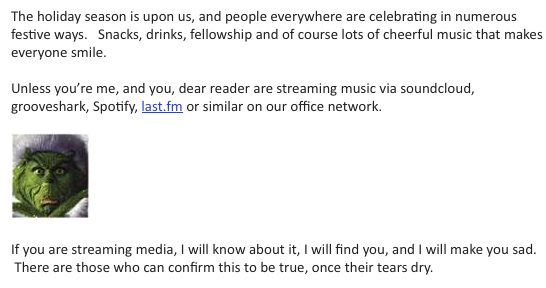 Who is the evil genius behind the e-mail above?

One man: our friend, IT manager Mark Boyd.

To wit: this week, after a weather event (in the parlance of our times) slayed the Penland phone system, Mark shouldered the burden and sent this zinger to all Penland staff: 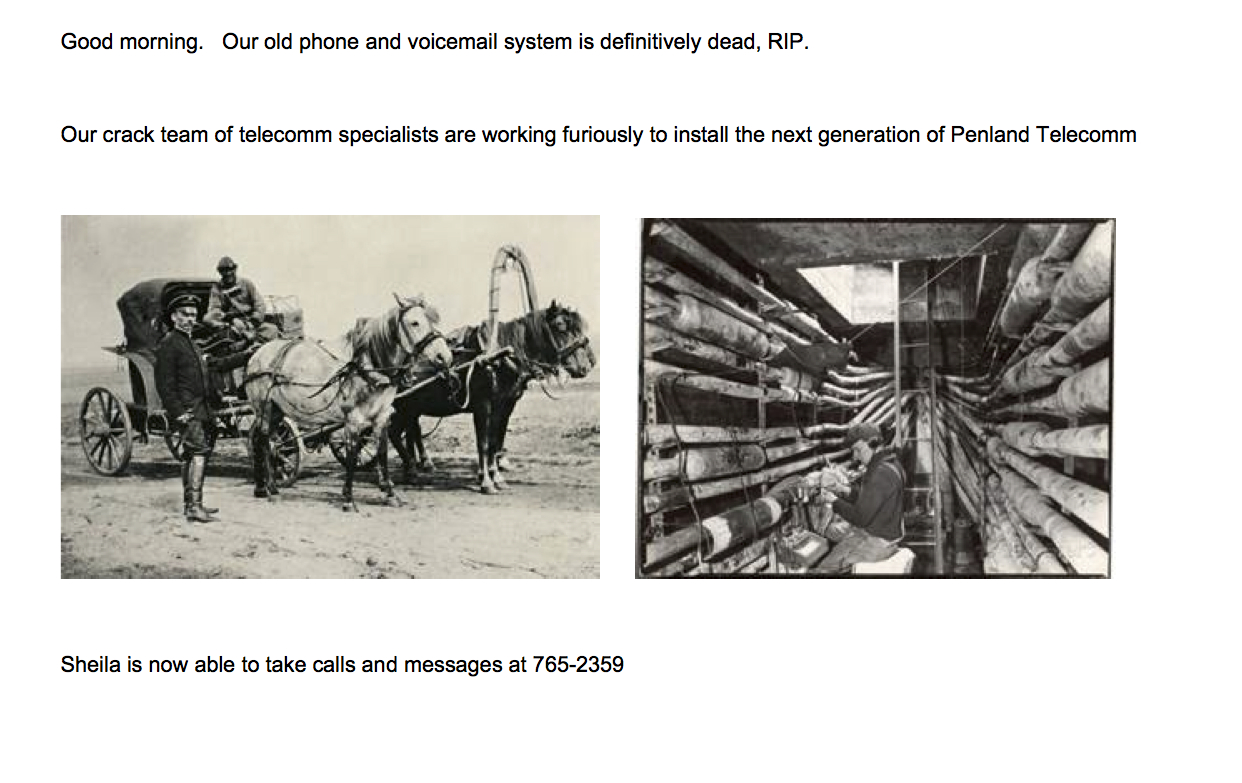 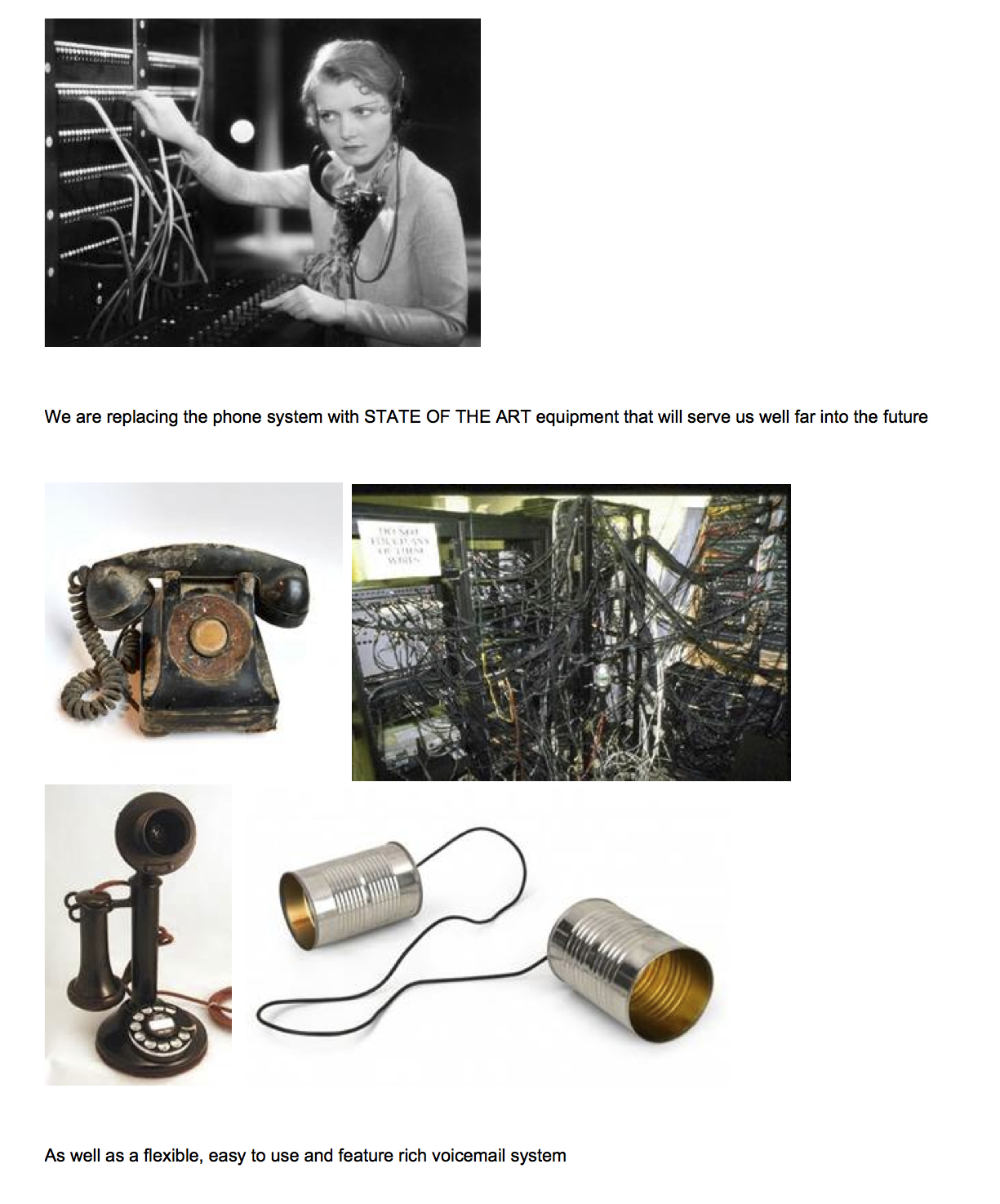 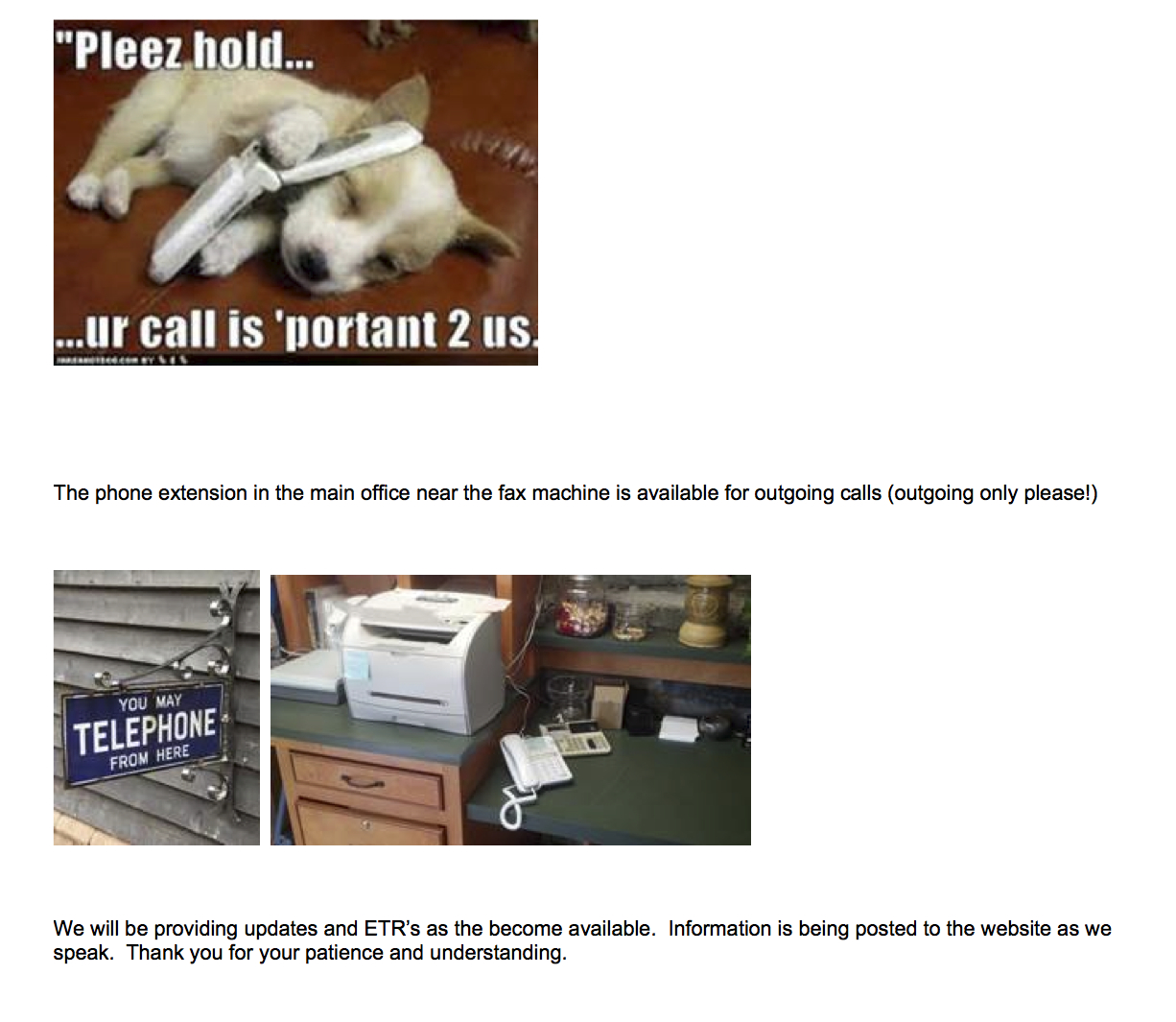 No, thank YOU, Mark Boyd, for keepin’ on.

Harvey Littleton, widely acknowledged as the founder of the studio glass movement, died in Spruce Pine, North Carolina on December 13. He was 91.

Harvey was the son of the first research physicist at Corning Glass Works in New York, and his initial training was in industrial design. He then earned an MFA in ceramics from the Cranbrook Academy of Art in Michigan and, in 1952, he joined the faculty of the University of Wisconsin. Although he had grown up fascinated by glass it was a given at that time that it was impossible to work with the material outside of a factory. On a research trip to Europe in 1957-1958, Harvey visited small glassblowing facilities in Spain and Italy and became convinced that it would be possible to build a studio-sized furnace that would make glassworking practical for the individual artist.

In 1962, he organized a workshop at the Toledo Museum of Art to explore ways artists might work with molten glass in the studio. Integral to that workshop were ceramic artist Norman Schulman (who has lived near Penland for many years) and Dominick Labino, then the director or research for Johns-Manville Glass Fibers Division. Artists from a number of university programs were invited to attend. During the workshop, a practical, small-scale glass furnace was built, and Labino was able to supply glass that worked properly in this furnace. This workshop is recognized as the beginning of studio glass art in America.

There is an excellent, short video about that workshop here.

That fall, Harvey offered a glassblowing class at the University of Wisconsin, and in the summer of 1964, he and his friend Erwin Eisch of Bavaria demonstrated glassblowing at the First World Congress of Crafts in New York City. The following year, Penland’s second director Bill Brown contacted Harvey to ask for help starting a glass program at Penland. He sent his student Bill Boysen, who built Penland’s first glass shop.

Studio glass developed quickly from this point with considerable help from Harvey’s students including Marvin Lipofsky, who started a glass program at the University of California-Berkely, and Dale Chihuly, who began the glass program at Rhode Island School of Design and then founded the Pilchuck Glass School in Washington.

Harvey retired as professor emeritus in 1977 and moved his home and studio to Mitchell County, North Carolina, just down the road from Penland. His continued to make glass sculpture, which was widely exhibited and collected. He also became fascinated by various processes for making prints from glass plates. This led to a second studio devoted to vitreography. More than 100 artists were invited to make editioned prints at Littleton Studios.

Harvey taught at Penland and also served on the board of trustees from 1983 through 1996, including two years as chair. “Harvey was a larger-than-life personality,” said Penland’s director Jean McLaughlin. “He loved to experiment and encouraged so many artists to reach beyond their known uses of materials—both in glass and in printmaking.”

His student (and a Penland instructor) Audrey Handler is quoted on the University of Wisconsin website saying, “Harvey Littleton’s powerful personality and drive to realize his dream of glass as a fine art medium for the artist will forever place him as the ‘Father of Studio Glass.’ Harvey saw the possibility that this incredible, sensual material could transfix the art world with its wondrous characteristics.”

Harvey Littleton was a fellow of the American Craft Council and received its gold award. He held honorary doctorates from the University of the Arts in Philadelphia and the University of Wisconsin, and he received the North Carolina Award. His work is in the collections of the Cooper Hewitt National Design Museum, the Museum of Modern Art, and the Metropolitan Museum, all in New York City, the Renwick Gallery in Washington, DC., the Victoria and Albert Museum in London, and the Gronigen Museum in Holland, among others.

He was married to Bess Tamura Littleton. The couple had four children: Carol Shay, curator of Littleton Editions; Tom Littleton, owner of Spruce Pine Batch Company, which supplies pelleted glass to artist studios and glass programs nationwide; Maurine Littleton, owner of the Littleton Gallery in Washington, DC; and John Littleton, a glass artist who shares a studio in Mitchell County with his wife Kate Vogel.

You can read tributes to Harvey Littleton on the websites of the University of Wisconsin, the Yancey County News, and the American Crafts Council, and you can hear an interview with his student Joan Byrd, who is a glass historian, on the website of WCQS radio. Joan Byrd also wrote the book Harvey K. Litleton: A Life in Glass.

An announcement sent by the family included this information:
On January 11th, the family will host a private celebration of the lives of Harvey, and of Bess, who died in October 2009, in Ft Pierce, Florida. In lieu of flowers, donations can be made to The Hospice and Palliative Care Center of Mitchell County,  which  provided invaluable support in the care for Harvey, and/or to the Penland School of Crafts Harvey and Bess Littleton Scholarship Fund, which provides an annual scholarship for a glass student.