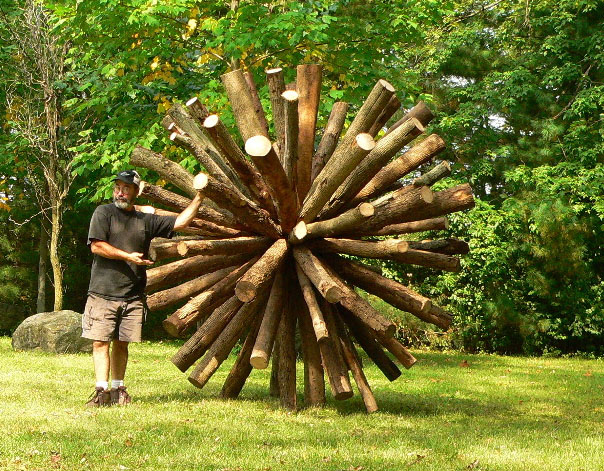 Blacksmith and Penland instructor Scott Lankton recently sent us this picture, with the following message:

Here is a picture of something I made for my own amusement this fall. We have a lot of dead ash trees here… I hope you and all the staff there are warm and well fed up on the mountain!

Longing for some charming winter-themed conceptual art to warm your heart on a chilly weekend? Come to core students Leah Frost and Ian Henderson’s Snow Show on Saturday, January 22nd at 5:30 pm in the orchard between the wood and glass studios. The show is free and open to the public, and will feature hot cocoa, snacks, and snow-inspired work by Penland artists. You can’t miss it – it’ll be the only art show around inside a giant igloo. Dress warmly! Let it snow!

It’s always a treat to introduce the next group of incoming core fellowship students, soon to be dazzling us with their creative output, tireless labor, and zany antics. And so, without further ado, here they are: 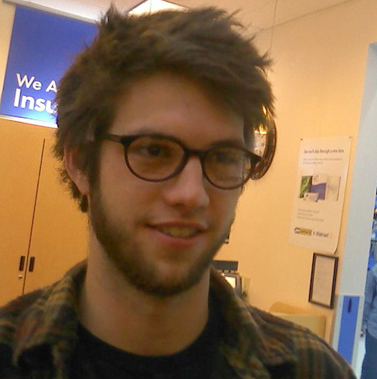 Bob Biddlestone has just completed a BFA in Ceramics at Ohio University. He apprenticed with several artists/craftsmen prior to and during his undergraduate studies, receiving on-the-job training in glass, clay, cabinetry, and general carpentry. He also spent time in Hungary through the International Ceramics Studio Study Abroad Program. During his time at Ohio, Bob’s work was primarily focused on slip cast ceramics, but he also spent several semesters developing his skills in printmaking and other forms of casting. Bob looks forward to the core program as a chance to experiment in other media (print, wood, iron, glass) so that eventually he can return his focus to ceramics with a broadened perspective of process and material. 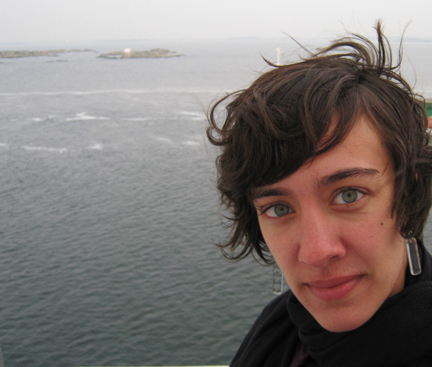 Rachel Garceau earned a BFA at Franklin Pierce University in 2003. Her varied work background includes six summers as a props designer for a summer playhouse, manager of the Sharon Arts Center Craft Gallery, and admissions assistant at The MacDowell Colony. Rachel was also an assistant leader for the Walk in Europe program, traveling with a small community through Ireland, France, and Italy. Rachel’s studio focus is in ceramics, and she has lately been experimenting with combining elements of pots and book arts to build and explore containers. 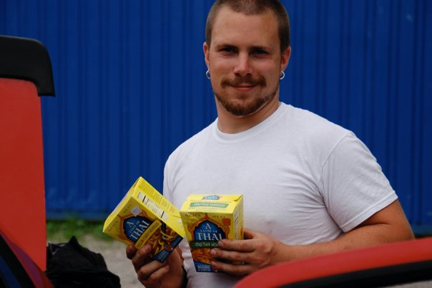 Seth Gould has a BFA in Metalsmithing and Jewelry from Maine College of Art; he graduated in 2009. He has worked all his life in his family’s auto repair shop in Maine, and supported himself throughout college as a commercial fishing first mate and a landscaper/gardener. In 2009 he was an intern on a small organic farm in Siena, Italy, and since early 2010 he has worked as a bench jeweler for a professional goldsmith/designer. Though the metals program at MECA did not offer courses or facilities in blacksmithing, Seth became fascinated with the medium and built his own forge in order to pursue his interest. He has also taken classes at Peters Valley (2007, 2009) and Haystack (2008) to gain more insight and technical acuity in iron. His work concerns itself with form, craftsmanship, and historical homage within a contemporary context. 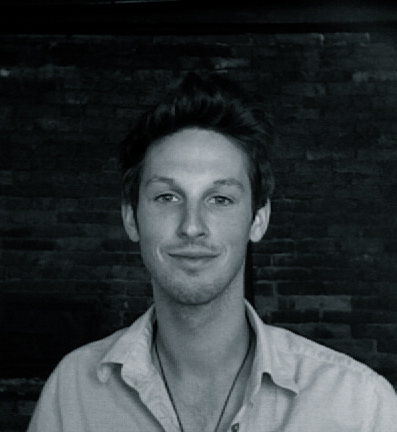 Jack Mauch graduated from Maine College of Art in 2006 with a BFA in Ceramics. Since then he has worked as a studio assistant and exhibition preparator, and has held two positions at Harvard University: as an exhibition designer (since 2008), and as a Non-resident Tutor of the Arts at Eliot House (since 2007), monitoring the wood shop and working with students and residents. Jack seeks a reconnection with his ceramic practice and will focus on functional pots and atmospheric firing. He also has an interest in developing skills in the wood shop and learning new skills in the iron and metals studios.

Congratulations to this exciting new crew! They’ll be arriving sometime near the end of February, and we can’t wait to meet them.

Resident artist David Chatt, a sewn-bead sculptor of some renown, has spent his time at Penland setting the stage for a fiery second act as a maker of cast-glass windows. Having learned the requisite technical skills over the last two years, David has recently embarked on a dramatic new project, a grand finale for his residency: the Community Crow. A large-scale, narrative sand-cast window, the Crow will transform the front facade of his Seattle home, a reclaimed and renovated historic church that has acted for years as a center for communities both religious and artistic. He is using the micro-philanthropy website USA Projects to raise the funds he needs to complete the Crow.

David’s project will only be funded if he receives at least $10,000 in pledges by January 29th. If you would like to read his proposal and/or consider helping him with funding, click here to visit his page on the USA Projects site. 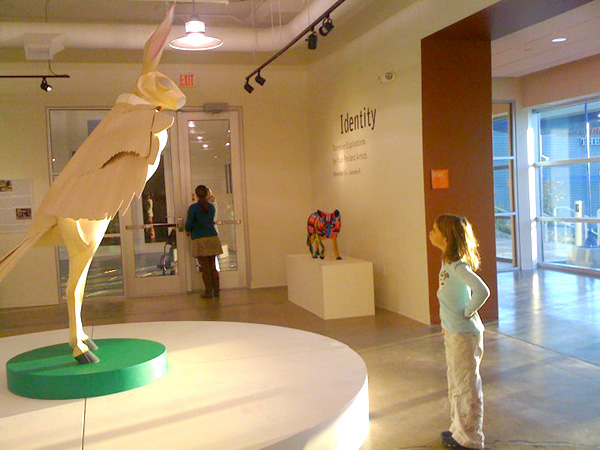 We just de-installed the Penland exhibit “Identity” at the Milton Rhodes Center for the Arts in Winston-Salem. They posted this photo on their Facebook page (really doesnt need a caption) We think she looks like a future Penland student! If you didn’t see the show, that is Anne Lemanski’s Super Creature she is contemplating.

Be sure to check out Southeastern Emerging Clay Artists, featuring Penland core student Jason Bige Burnett, in the Showcase Gallery at Blue Spiral 1 in Asheville, from January 6 to March 26. And don’t miss recent Penland resident artist Margaret Couch Cogswell’s solo show in the Small Format Gallery right across the hall.

The opening reception for both shows, as well as New x 3, a Main Gallery exhibit of artists new to Blue Spiral, will be this Thursday, January 6, from 5-8 pm.

Have a look at Jason and Margaret’s websites, while you’re at it.

Feeling winter’s chill? Heat things up with a look ahead to Summer 2011 at Penland, now available in loving, lush, and lavish detail on our website.

Click here for complete descriptions of all Summer 2011 classes, photographs of instructor work, and links to instructor websites.

Paper catalogs are in the mail, for those who love the scent of printers’ ink. Time to dream, time to plan. See you soon!